Young piano genius to perform at The Seed 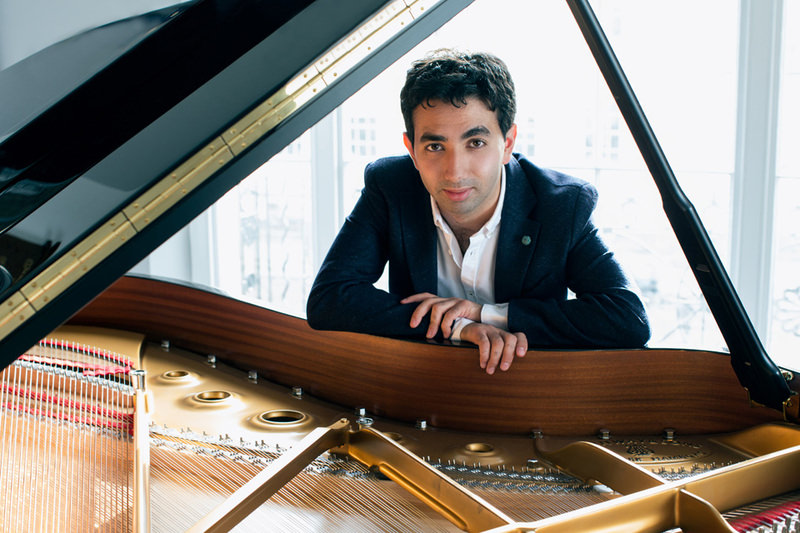 by Daily Sabah May 04, 2016 12:00 am
Considered as one of the piano geniuses of the new generation, Karim Said, will perform on May 6 at the Sakıp Sabancı Museum's the Seed as a part of Istanbul Recitals. Said's talent was discovered by famous maestro Daniel Barenboim at the age of 10 and his musical journey which kicked off in Jordan continued in the U.K. He performed in the company of the British Chamber Orchestra under the baton of the British maestro Sir Colin Davis in 2009. His career took a drastic turn after his performance at Royal Albert Hall with West Eastern Divan Orchestra under the baton of Daniel Barenboim as a part of BBC Proms organization. Born in Amman, Jordan in 1988, the artist took his first piano lessons from Russian Agnes Bashir - Dzodtsoeva. He moved to the U.K. in 2000 at the age of 12 and studied music at Purcell and Royal Academy of Music. In 20087, Purcell made a documentary film titled "Karim's Journey" which was directed by BBC Four's producer Christopher Nupen. Said is featured British actress Vanessa Redgrave's latest production "A World I Love" which is filmed in Italy. His debut solo album "Echoes from an Empire" which was released in January 2015 features the covers of the compositions by Alban Berg, George Enescu, Bela Bartok, Anton Webern, Leos Janacek and Arnold Schoenberg.