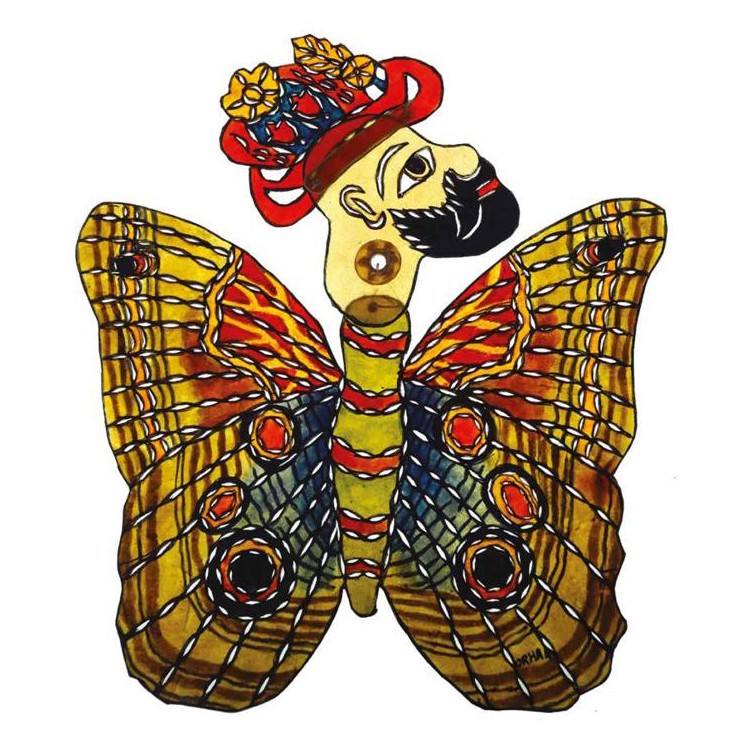 by Anadolu Agency May 14, 2016 12:00 am
Orhan Kurt, crowned as a living human treasure by UNESCO in 2008 for his expertise in Karagöz, a traditional Ottoman shadow play, is hosting a solo exhibition titled "The Design of Shadow" at Zeytinburnu Cultural and Art Center until May 27. According to a statement released from Zeytinburnu Municipality, "The living legend of Karagöz," the exhibition of works by 86-year-old Kurt is curated by Mehmet Lütfi Şen, and Eda and Metin Özülkü will give a concert following the opening ceremony.

Speaking to the press, Şen said Orhan Kurt is a great artist for his Karagöz portraits, as well as being a great shadow player. Noting that Kurt learnt the art of Karagöz from Ragıp Tuğtekin, Şeh said that over 20,000 Karagöz portraits bear the signature of Kurt. "The artist signed every piece of artwork that he worked on since 1980. There is no doubt that these portraits will continue to represent the Turkish shadow play tradition of Karagöz in the collections of museums around the world."

Born in 1930 in Istanbul, Orhan Kurt traveled around Anatolia due to his father's profession. He finished high school and received his bachelor's degree in Istanbul, and undertook maintenance and restorations of hundreds of historical artworks following his graduation. He retired in 1981 after working at the Istanbul Metropolitan Municipality's Department of Construction and Maintenance for 29 years. Kurt was also interested in music, learned more about Turkish music and its makams from Şükrü Derya Bey. He concentrated on music at Turkish Music Conservatory in Istanbul's Beşiktaş district and participated in various choirs and group concerts as a part of Istanbul Radio. Apart from his advanced singing talent, Kurt also learned how to play the tambour, a long-necked stringed instrument.

The artist also took an interest in the traditional Karagöz shadow play from the age of 12. He had a chance to observe private Karagöz shows from his father's friend, Niyazi Bey. He began to take lessons and finally met Karagöz master Tuğtekin in 1954. Kurt took lessons from the Karagöz master and worked as his apprentice for 22 years, and studied with other Karagöz masters, such as Hayali Küçük Ali.

Kurt is the founder and honorary board member of the International Puppet and Shadow Play Union Turkey National Center (UNİMA), and has attended roughly 40 national and international puppet festivals. The artist has performed at numerous shows abroad and held special shows and exhibitions in Greece, Germany, Italy, the Netherlands and Romania. Kurt published a book titled "Karagöz'ün Kuralları" (The Rules of Karagöz), in which he described the technique of making Karagöz figures.
RELATED TOPICS