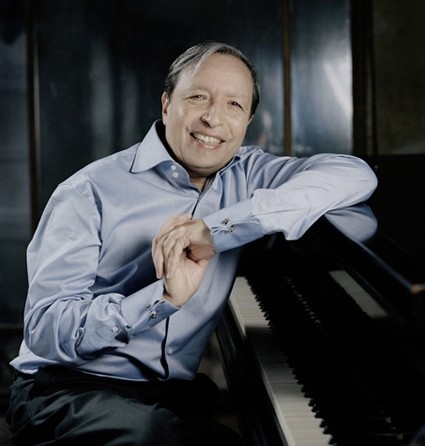 by Daily Sabah Jun 07, 2016 12:00 am
The second concert of the 44th Istanbul Music Festival promises an epic musical journey with Academy of St. Martin in the Fields under guest conductor Murray Perahia amid the unique atmosphere of Hagia Irene Museum. Perahia is a celebrated piano virtuoso because of his ability to convey emotion. Regarded as one of the most prominent contemporary chamber orchestras of the world, Academy of St Martin in the Fields has given numerous concerts with Perahia over the last 30 years. One of their unforgettable performances, which music authorities called "the must-watched live performance of the century," was also released on DVD. Perahia and Academy of St Martin in the Fields will perform Beethoven's "Piano Concerto No.4 in G Major, op.58," Britten's "Variations on a Theme of Frank Bridge, op.10" and Schubert's "Symphony No.8 in B minor, D 759."