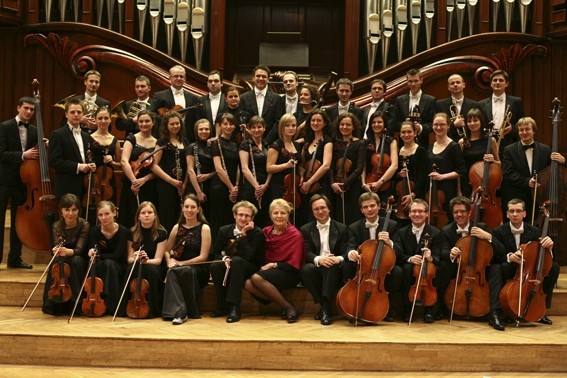 by Daily Sabah Jun 13, 2016 12:00 am
The Beethoven Academy Orchestra and prominent pianist Herbert Schuch perform on June 17 as part of the 44th Istanbul Music Festival. The orchestra will perform Polish composer Moisey Weinberg's acclaimed "Symphony #4" for the first time in Turkey. Consisting of young, talented Polish musicians, the Beethoven Academy Orchestra earned its place among the prominent new generation orchestras in the world soon after its formation. It released albums on record companies such as DUX Poland, Centaur Records USA and Universal Music and recently signed a deal with EMI. The orchestra stands out due to its collaborations with Hans Zimmer, Elliot Goldenthal, Michal Lorenc and Jan A. P. Kaczmarek and film soundtracks. The album "Siedem Piesni Marii" won a Platinum Record in Poland, and the orchestra received a thumbs up from critics after concerts at the Musikverein Golden Hall in 2009 and 2013. Maestro Jacek Kaspszyk has conducted the Beethoven Academy Orchestra since 2013.