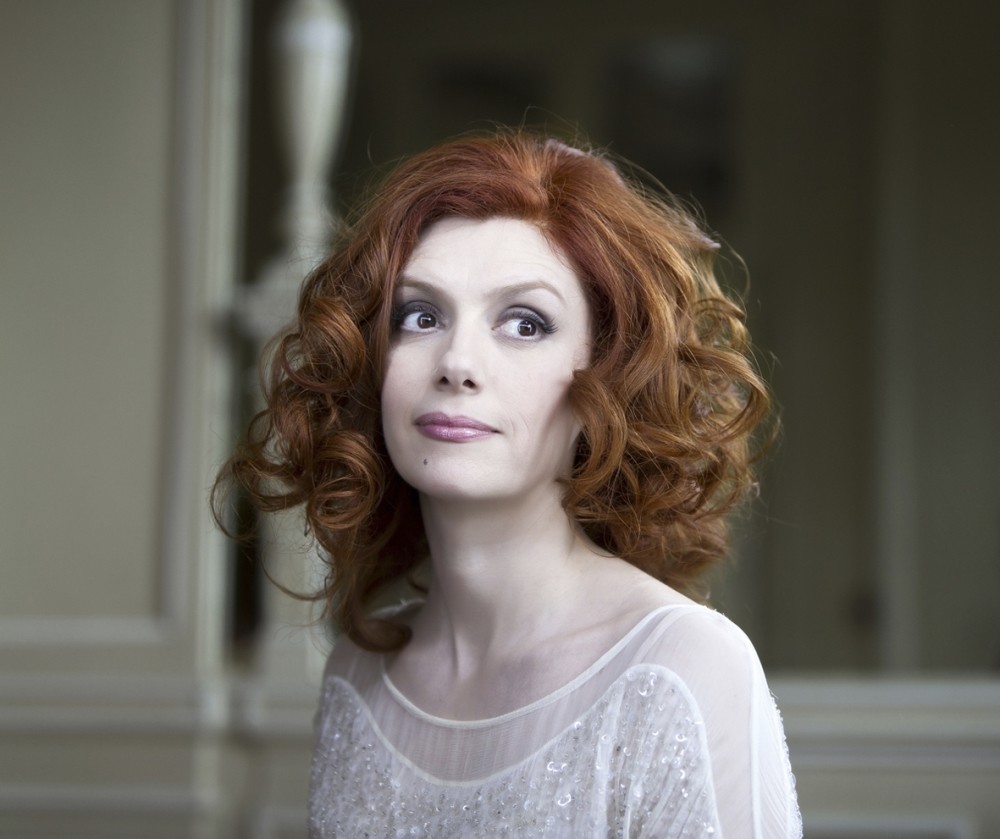 by daily sabah Jun 20, 2016 12:00 am
Patricia Petibon, one of the shining stars of French opera, will take the stage for the first time in Turkey with the Venice Baroque Orchestra at Hagia Irene Museum on June 20. Petibon will take the music lovers on a musical journey through the 17th century, along with a repertoire of selected arias from Handel. The concert venue, Hagia Irene Museum, will make a magical contribution to the performance thanks to its unique and historical texture and impressive acoustics. Awarded two Victoires de la Musique Classique awards as "Best Opera Singer," Patricia Petibon has taken the stage at te prominent opera houses and festivals with different performances including Paris, Rennes, Bastille, Bavaria, Zurich, Venice Operas and Salzburg and Aix-en-Provence Festivals. Wining 2009 BBC Music Awards in the category of Best Opera Album with her debut record "Amoureuses," Patricia Petibon records with Andrea Marcon and his orchestra. Conducted by Andrea Marcon, Venice Baroque Orchestra is one of the world's leading ensembles that contribute to the development of today's baroque music with concert tours covering United States, Europe, Asia and Japan. The baroque ensemble has also performed striking concerts at Istanbul Music Festival in 2013. No doubt, Venice Baroque Orchestra's Istanbul concert with Patricia Petibon will be one of this year's most exciting events, not just for baroque music lovers, but for all music lovers.