New Istanbul show focuses on the fall and angel of history

Curated by Selen Ansen, the Arter gallery's new exhibition, ‘Not All That Falls Has Wings,' features work by an impressive group of contemporary artists who explore the concept of ‘the fall' in the context of world history

It is difficult not to think of Yves Klein's 1960 work "Leap into the Void" while walking along the floors of Istanbul's Arter gallery, where a new show takes a Klein-like look into the void. Jean Kender and Harry Shunk, two photographers hired by the French artist, photographed Klein in October 1960 as he jumped from the window of a second floor apartment into the void. Klein informed photographers that he had successfully jumped into the void the previous year. What he was now doing in Paris's Fontenay-aux-Roses suburb was a reproduction of that original fall. His friends, who waited in the street, held a tarpaulin and when Klein fell they caught him with it. The two pictures taken during the act have since become an important part of contemporary art history and proven deeply inspiring for future artists.

"Before humanity was able to step on the moon and plant a flag on its ground as a sign of conquest, Yves Klein proved that the experience of weightlessness, which reigns supreme in outer space, was also attainable on earth through this iconic trick," Selen Ansen wrote in her essay "Since We Must Fall" for the catalog of Arter gallery's "Not All That Falls Has Wings." Ansen also references Paul Klee's "Angelus Novus," a 1920 watercolor painting which features an angel which later "traveled to an exhibition where Walter Benjamin, friend of Gershom Scholem, fell for it. The angel, on whose wings one could read many narratives including history's unfolding, became his own in 1921." 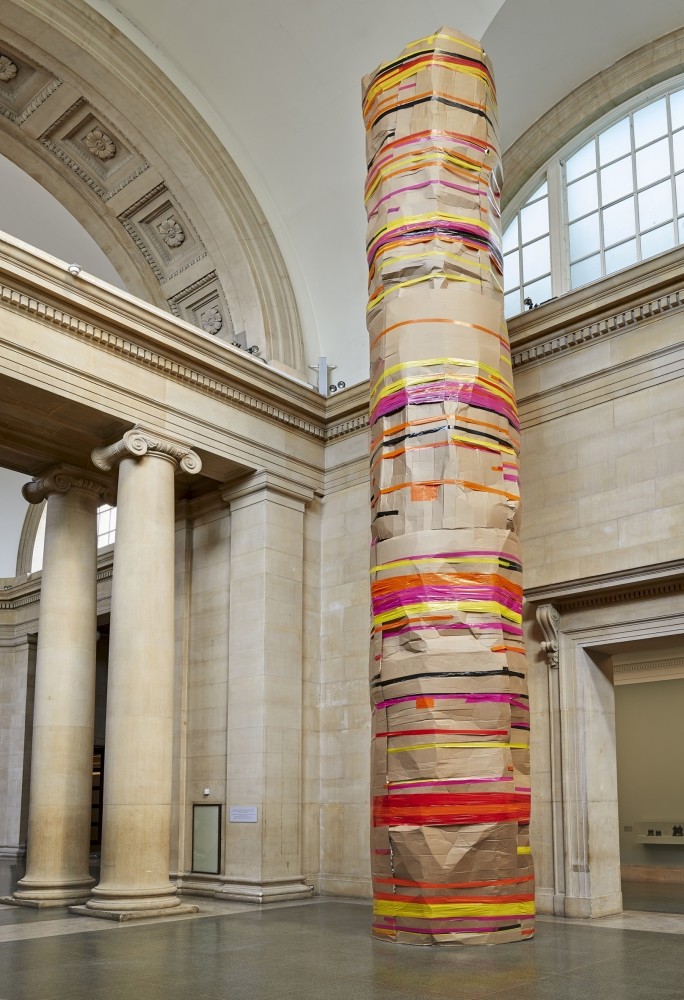 "Yves Klein and Walter Benjamin were sources of inspiration for me while preparing this exhibition," Ansen told Daily Sabah last week. "Klein with his take on historical concepts and his tricks, and Benjamin with his reflections on images... Klein and Benjamin are also important because they belong to a shared past. I prepared this exhibition around a few sources of inspiration that remain invisible and in that sense are 'silent' throughout the exhibition. But I write about them in my catalog article. All the falls, be they big or small, concrete or metaphorical, that make our history (the fall of the Twin Towers, the fall of ideologies, the fall of artistic movements, Franz Reichelt, Icarus, bodies, memories, mythical falls, worldly falls, the fall of sculptures and the falls of cities) constitute the fall as a 'shared space.' By putting the fall at the center of this exhibition, I wanted to focus on the 'shared experience.'"

Born in 1975, Ansen is one of the most interesting curators in Turkey today. After teaching aesthetics at Istanbul's Bilgi University, she joined Arter's curatorial team and has curated two Arter shows: "The Wound" by Berlinde de Bruyckere in 2012 and "The Sleep of Reason" by Marc Quinn in 2014. She also curated the group exhibition "It takes two to make an accident" at Belgium's HISK in 2015.

My favorite work in Ansen's show was Anne Wenzel's very dark and depressing "Silent Landscape." Wenzel's work features tree silhouettes placed around murky water that bring to mind one's uncanniest nightmares. According to the catalog, the work shows us "the aftermath of a disaster that took place somewhere yet to be named and for reasons unknown... Wenzel's immersive installation provides a stage where the union of beauty and violence can be manifested, and she creates a context to reflect the cycle of destruction and construction that governs the course of History."

Born in 1972 in Germany, Wenzel lives in Netherlands where she is known for her works that are "inspired by the iconography of war and decline, images of conflicts, manmade catastrophes and natural disasters that are provided by art history or conveyed by the media." 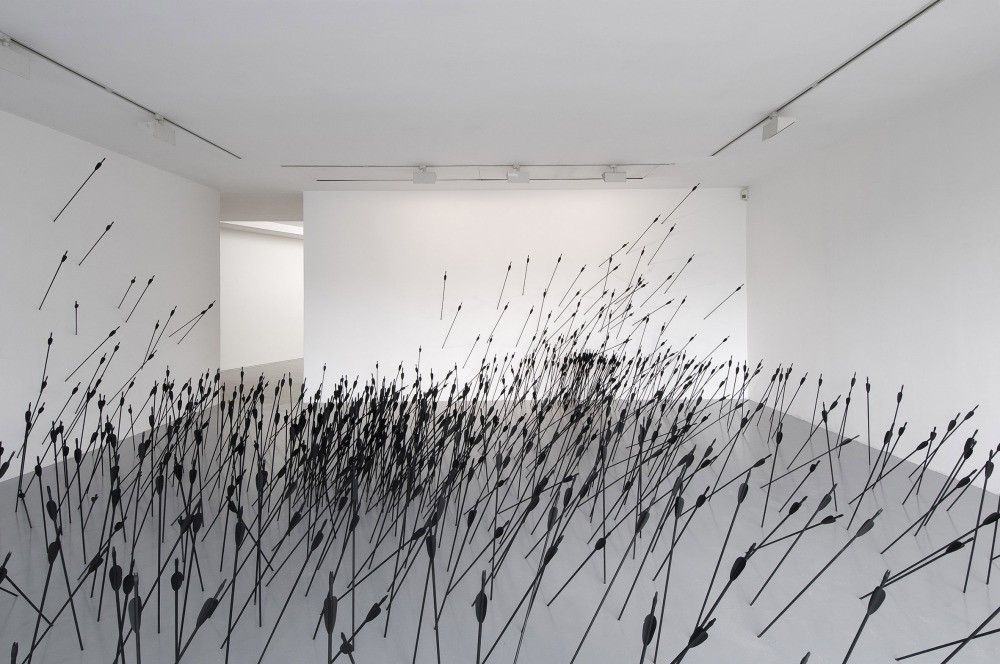 "None of the works in this exhibition were commissioned by me," Ansen said, when asked about how the exhibition was prepared. "Most of these works here [those by Anne Wenzel, Ryan Gander, Bas Jan Ader, Mikhail Karikis+Uriel Orlow and Cyprien Gaillard] were already produced. I picked those already existing works in order to experience them in a different way, in a new context, while giving shape to the conceptual framework of the show and bringing together works for it. The show also features works by Phyllida Barlow and VOID that are site-specific. Artists produced these works by taking into consideration the conceptual framework of this exhibition and the architectural features of the Arter building. They were produced in dialogue with the architecture of the building and the exhibition's concept in mind."

VOID's site-specific installation "Bruit Blanc" is my favorite. Named after the term "white noise," VOID's installation features numerous discs whose surfaces produce sound. "Every surface, even the smoothest and most featureless, is filled with the memory of countless encounters between matter and sound," reads the exhibition text. "In 'Bruit Blanc,' what we listen to is an open memory: a memory in progress, which instead of trying to restore an intact past, operates by tracing the present using past sounds, thus by endlessly mapping a territory."

Bas Jan Ader's "Fall" series openly references Yves Klein and his leap into the void, and is placed on the first floor. Born in 1942 in Winschoten, the Netherlands, Bas Jan Ader disappeared in 1975 in the North Atlantic Ocean. Here he presents visitors with two leaps into the void. In "Fall 1, Los Angeles" he falls from the roof of his house; in "Fall 2, Amsterdam" he falls off a bicycle into an Amsterdam canal.

During a rare interview Ader had talked about his Fall series, currently on view in Istanbul: "When I fell off the roof of my house or into a canal, it was because gravity made itself a master over me."
Last Update: Jul 13, 2016 11:15 am
RELATED TOPICS