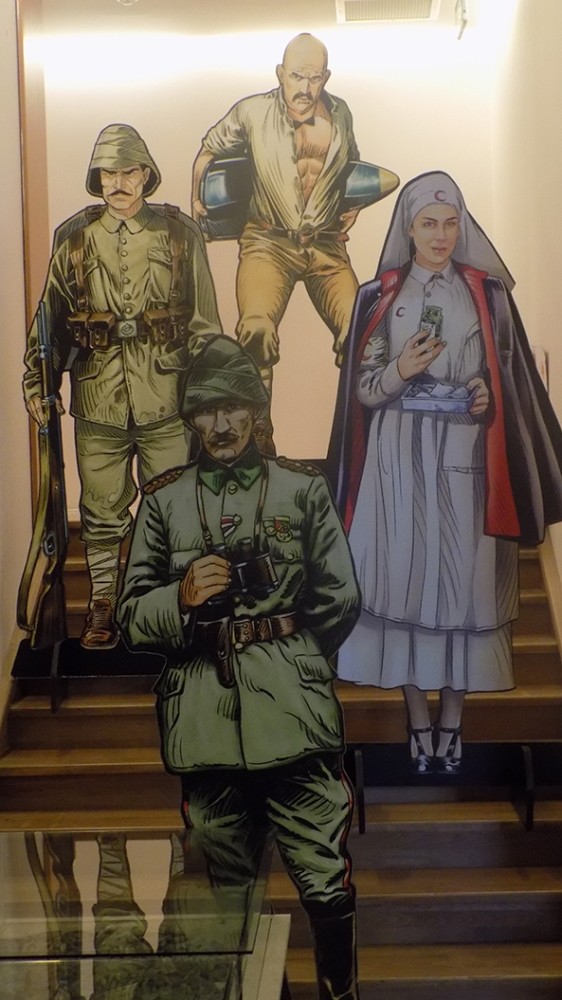 by daily sabah Sep 01, 2016 12:00 am
To teach people of all ages about the Battle of Gallipoli, the symbol of unity and solidarity, the Çanakkale Museum and Photo Exhibition will be open to visitors at Adana Optimum Shopping Mall Sept. 3-11. Established by Ajans 2023 and the World Educational Volunteers Foundation, the museum demonstrates the real tools used during the Battle of Gallipoli, soldiers wear the uniforms of that period, models of the structures reflect Çanakkale and pictures of that period can be seen - accompanied by songs about Çanakkale. Drawing a great deal of interest everywhere it has been displayed, the museum brings the Battle of Gallipoli to life once again. Visitors embark on a historic journey with the weapons, bayonets, flasks, clothes and personal belongings used during the battle. Everyone can find something of interest in the museum. While adults listen to the silent scream of real tools, children and young adults are interested in the models, games and comics that reflect that period. One of the most interesting parts of the museum is the section that displays models of a field cannon, a scout airplane and a battleship. The three-dimensional soldiers depicting heroes of the said period are among the sections of the museum where visitors enjoy taking photos.