Geometric patterns in Islamic art on display in Istanbul 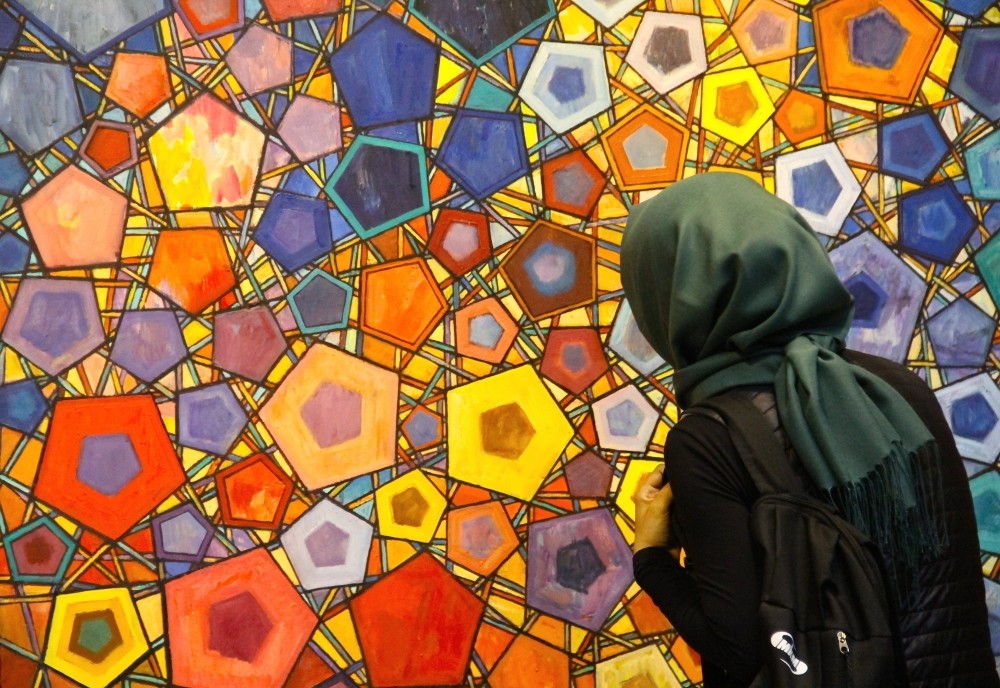 by Anadolu Agency Oct 01, 2016 12:00 am
Geometric patterns exhibition "Hendesen" has opened its doors at the Istanbul Design Center in Sultanahmet as part of the third International Workshop on Geometric Patterns in Islamic Art taking place in Istanbul. The exhibition puts nearly 60 works by 30 artists on display.

The director of the Istanbul Design Center, Hüsrev Şeref, talked to an Anadolu Agency (AA) and said they are holding the exhibition in collaboration with the Istanbul Metropolitan Municipality (İBB). He said the Istanbul Design Center also prepared a catalogue for the exhibition and published a book on the analysis of geometrical patterns on the minibars of the mosques built by chief Ottoman architect, Mimar Sinan. Saying the Istanbul Design Center experts and administration are happy with the outcomes of the International Workshop on Geometric Patterns in Islamic Art so far, Şerev continued: "'Hendesen' puts examples of geometric patterns in miniature, calligraphy and gilding arts on display. We put great importance on the geometric patterns and we hope that the rest of the people will come to realize the importance of these patterns as well. Turkey is characterized as the fountain of geometric patterns but unfortunately it is hard to find skilled experts in this field."

Şeref said experts from various countries offer lessons on geometric patterns during the International Workshop on Geometric Patterns in Islamic Art. "Sadly, foreign experts are better than Turkish experts in this field. We would be glad if some of the Turkish participants attending the workshop can learn technical things from these experts. We aim to train people who will continue this tradition though this workshop," Şeref added.

Polish workshop coordinator Miroslaw Majewski, on the other hand, said it is wrong to think geometric patterns as precise lines drawn with a ruler. Stressing the fact that geometric pattern is not an art of ornamentation, Majewski said: "There is a giant science of geometry behind these patterns. It is not a discipline that can be easily practiced. For starters, the artist should have an understanding of basic geometry."

Majewski also said there are works in various styles which are featured at the "Hendesen" exhibition continued: "One of the artists featured at the exhibition is Brian Wichmann. His works are the reflection of the drawing process. Through his works, the viewer understands how the artist begins his or her work and the unfinished and finished versions of the work. When the viewer looks at Wichmann's works, they can fill in the blanks with their imaginations. 'Hendesen' covers everything that we discuss at the workshop such as geometric patterns and designs, different disciplines and even various sciences."

"Hendesen," which is composed of works in three dimensions, is open until Oct. 9.
RELATED TOPICS