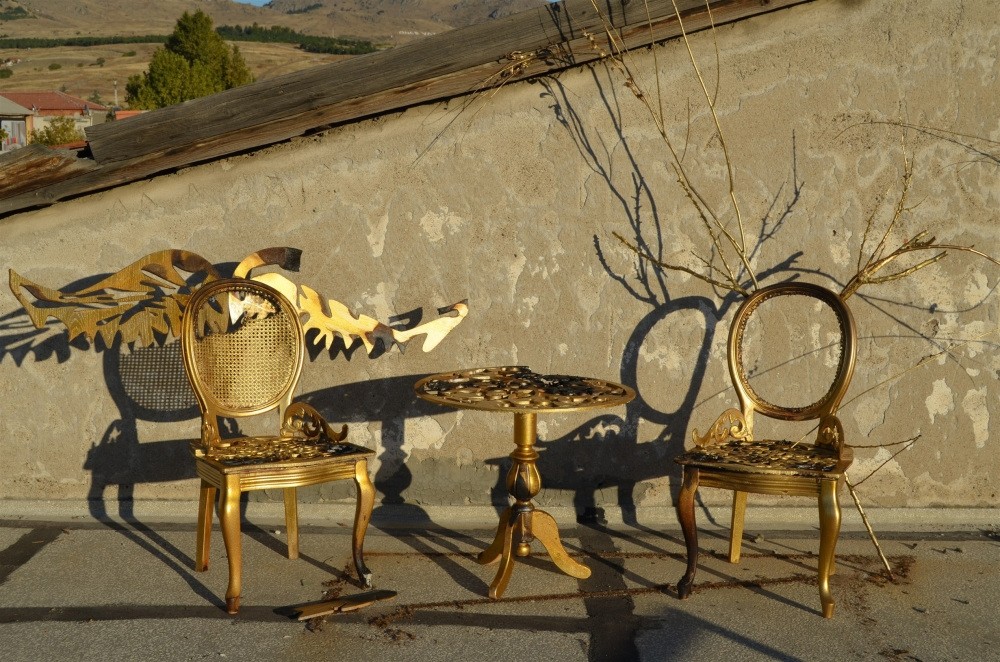 Artist and designer Aslı Kutluay and curator Vittorio Urbani's exhibition project ‘Melting Point' is now in Istanbul after being shown at the Venice Architecture Biennial in Altamura, southern Italy

The exhibition "Melting Point - on the Road," consisting of Aslı Kutluay's new works, can be seen at the Elgiz Museum in parallel with the 3rd Istanbul Design Biennial organized by the Istanbul Foundation for Arts and Culture (İKSV). Aslı Kutluay's project presents an optimistic new version of the exhibition until November 20.

In its first iteration, the works that reflect on the global warming phenomenon depict structures at the point of melting or cracking on furniture, presenting the audience with disturbing scenarios depicted through what is perceived by visitors as a magic mirror. 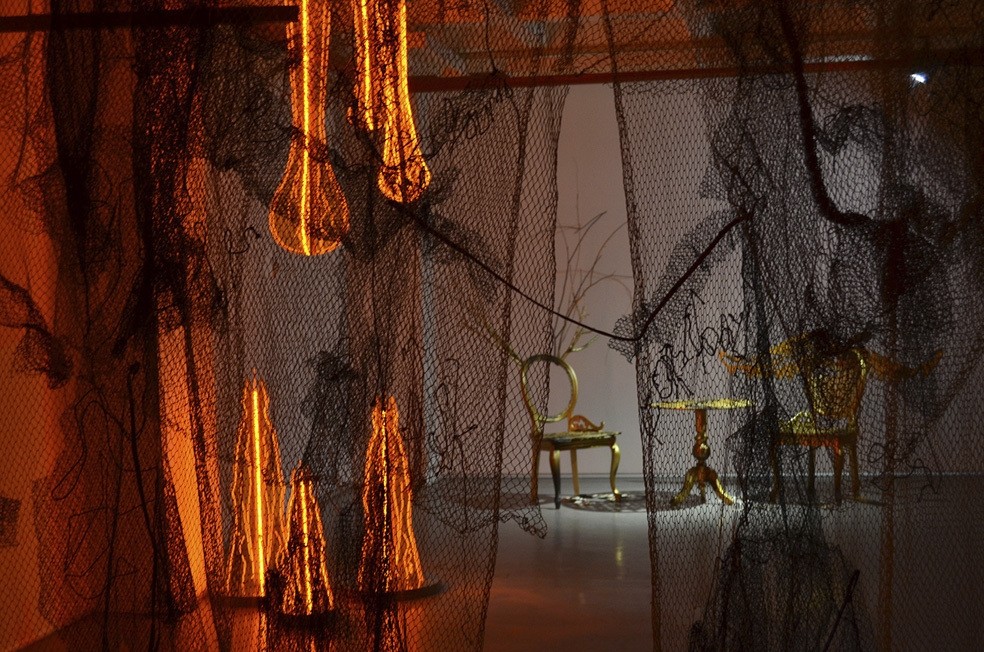 The artist produced a coherent body of new works for the exhibition which are non-functional pieces of art and objects designed with the intention to create a connection between artwork, the site of the works and the viewer. The very essence of these new works is purification, a way to recover what we as human beings are losing in terms of both our ecological system and our our psychological perceptions of it, including the effects of the loss on our interpersonal relationships.

One significant piece titled "Wire Nets" symbolically refers to manmade geographical borders and forces us to question the use and purpose of these borders; namely, their disadvantages, purpose and suitability. In what cases are these borders futile? Should we reinvent and redefine what we know as respect, trust and issues of self-satisfaction? The second iteration of "Wire Nets" presents the open-ended concept of "Dreams setting sail for. ..." in an installation of fishnets designed to resemble sails. Dreams are drawn upon them and become ready to go in the middle of the exhibition space. 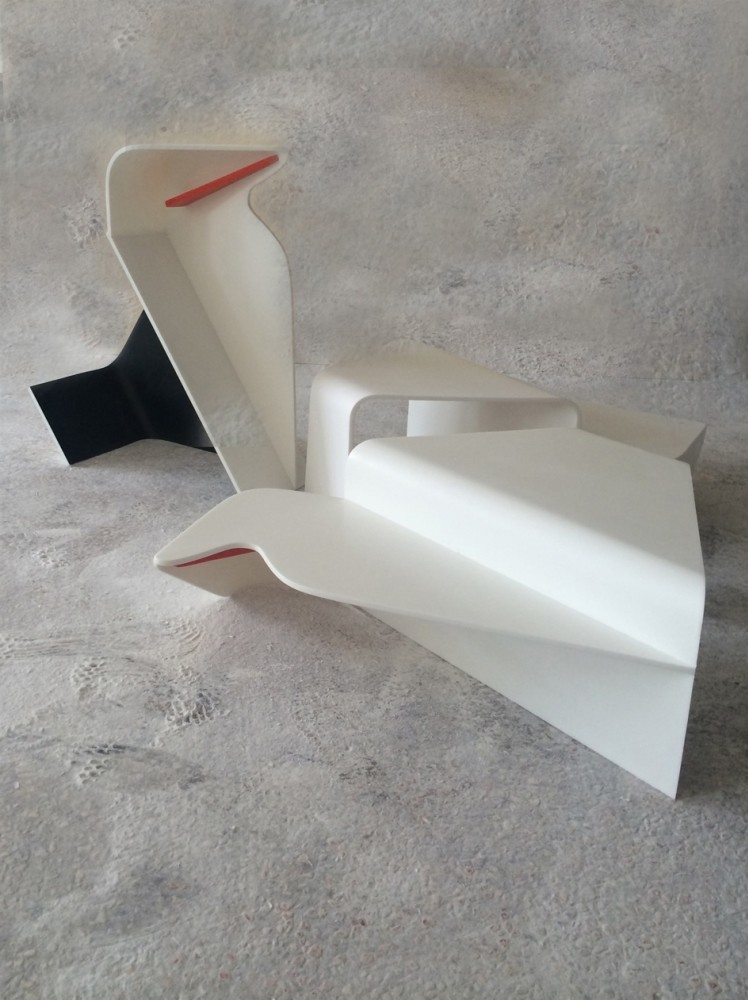 The new iteration of "If we can fly or give buds..." is a group seating installation, that is given wings, buds and the color of gold. The lower section of the work dramatizes the melting and cracking of ice cubes. Its upright position refers to the animal kingdom and reminds one of a penguin.

Kutluay's site-specific work is conventionally intended to be balanced on the threshold between art and design. If "art" is a metaphor transformed into an object, "design" is about the industrial production of functional objects, re-thought and re-designed in line with aesthetic ideas while respecting its functional destination. Kutluay's work assesses whether these two fields can further be mixed and if their traditional divisions can be challenged in order to help us delve deeper into this concept.