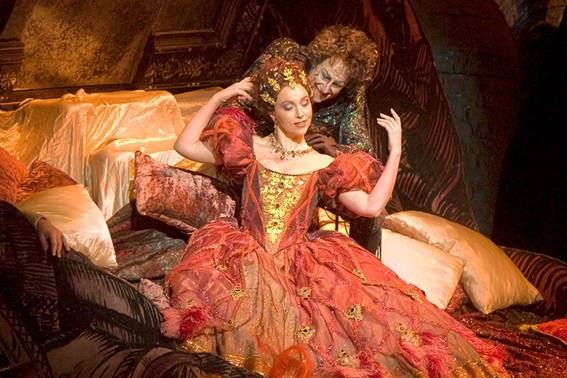 by Daily Sabah Dec 21, 2016 12:00 am
The Zorlu Performing Arts Center continues to screen the best productions by the Royal Opera House. Jacques Offenbach's fantastic opera "Les Contes D'Hoffman" (The Tales of Hoffmann) is coming to the Zorlu Performing Arts Center on Dec. 29. Adapted from three short stories - "Der Sandmann," "Rath Krespel" und "Das verlorene Spiegelbild" - written by Prussian author Ernst Theodor Amadeus Hoffmann, the opera, which also uses Hoffman as its protagonist, made its world premiere at Opera-Comique in 1881 and was staged more than 100 times before the end of 1881. Its first staging at the Salle de la Renaissance du Theatre-Lyrique in 1893 after a fire broke out at Opera-Comique, "Les Contes D'Hoffman" returned to Opera-Comique in 1911 and stayed there until World War II.

The Royal Opera House production of "Les Contes D'Hoffman" features Vittorio Grigolo as the lead character, along with Thomas Hampson, Sonya Yoncheva, Christine Rice and Sofia Fomina. While William Dudley's set design and Maria Bjornson's costumes are the materialization of Hoffman's unique world, veteran Director John Schlesinger's experience makes the opera one of the masterpieces of the Royal Opera House. Jacques Offenbach's world renowned opera "Les Contes D'Hoffman" which has been staged without interruption since the 1980s, will now come to the theater hall at Zorlu for Istanbulites.