by Daily Sabah Dec 26, 2016 12:00 am
Istanbul Research Institute is hosting an exhibition that sheds light on the adventures of street dogs of Istanbul. "The Four-Legged Municipality: Street Dogs of Istanbul" exhibition puts our four-legged friends on display and shows how they adapt to the religious, political and social changes in society. The deserted alleys of Istanbul until the 19th century played an important role for street dogs to become an important part of the city's characteristics. Especially in Istanbul's Muslim quarters, no adequate relationship between private spiritual life and the worldly street life could be established. Indeed it was this sense of distance that made the street the city's dogs home. 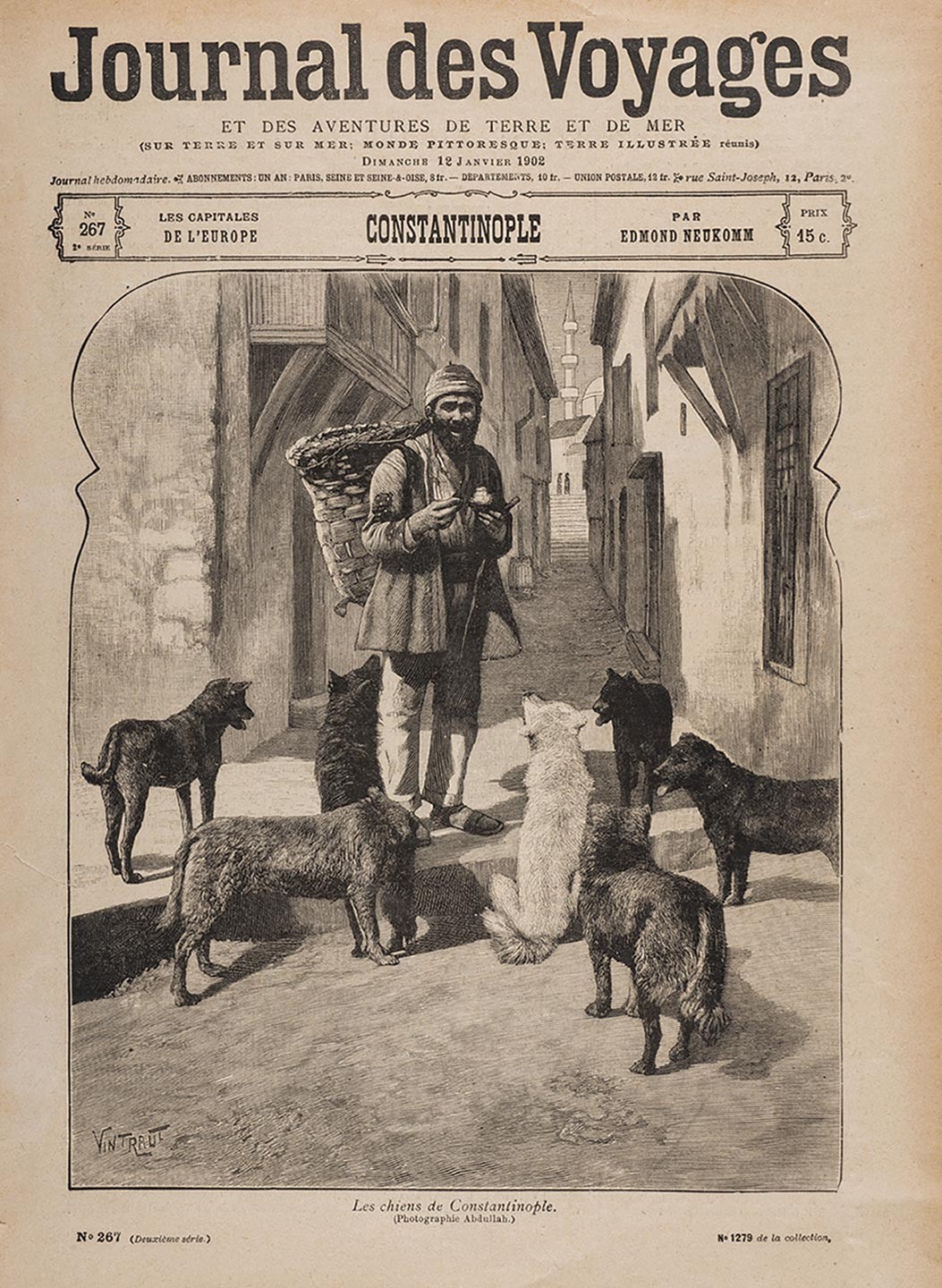 However, the fate of Istanbul's street dogs, who have become the guardians of public property, changed with people's desire to get close to the "modern" world. The Ottoman intellectual who had seen the West was not at all pleased with Istanbul's appearance, which fell far short of satisfying those crazes. The streets were narrow and disorderly, the houses little more than ruins, the transportation system did not work, and infrastructure was inadequate. Moreover, the four legged municipality of Istanbul started to become too much for the locals of Istanbul and with the new Republic, street dogs began to lose their influence on the streets. Curated by Ekrem Işın and mentored by Catherine Pinguet, this exhibition follows the footsteps of street dogs in Istanbul with photographs, travel blogs, postcards and magazines from the 19th to the 20th century.