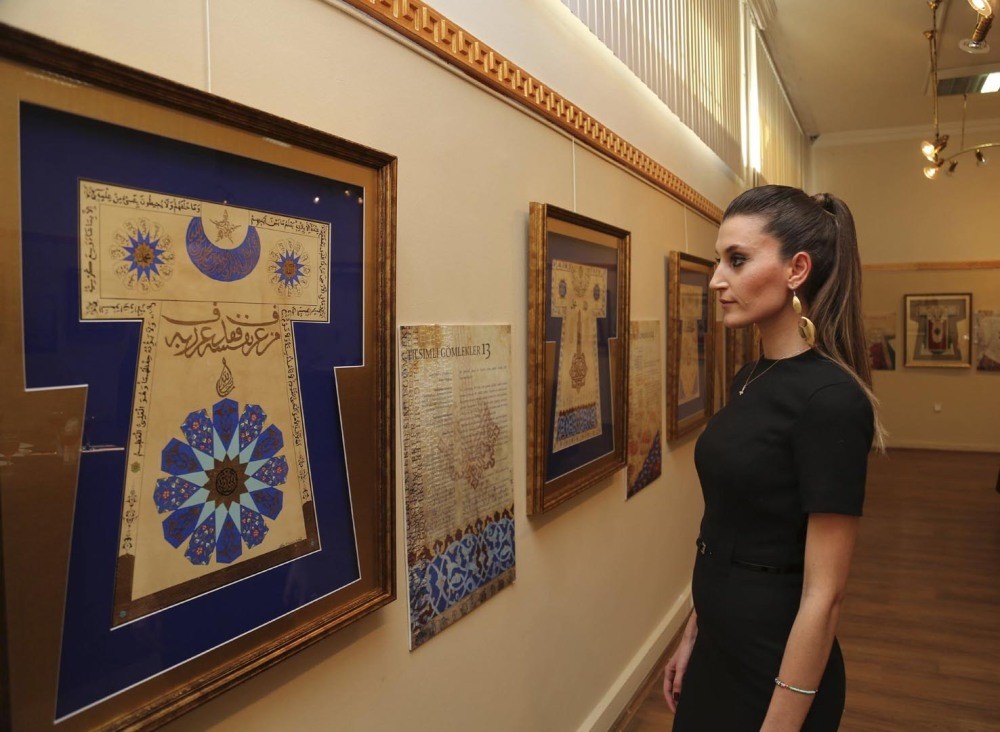 by Anadolu Agency Mar 04, 2017 12:00 am
The inauguration of the "In the Mystery of Talismanic Shirts" exhibition, consisting of traditional Turkish and Islamic artwork prepared by the Antalya Vocational Training Institute, was marked by a speech from Antalya Mayor Münir Karaloğlu, who attended the ceremony at the Antalya Museum, stressing that the 810th anniversary of the conquest of Antalya will be celebrated March 4-5.

Noting that everyone is welcome to participate in the anniversary celebrations, Karaloğlu pointed to the prominent examples of traditional Turkish and Islamic arts that have been put on display in the exhibition, congratulating everyone who contributed to the creation of the exhibition.

"Antalya has been a part of Turkish territory for 810 years. Our civilization has left its mark, both culturally and artistically, on these lands for nearly 1,000 years. This historic legacy is sometimes reflected in the calligraphy and illuminative works we have on display here today, and it sometimes manifests itself in iconic poetry and novels that are all part of the fabric of our civilization. These cultural works play a crucial role in carrying our civilization and culture to the next generations," the mayor said.

Antalya Vocational Training Institute Director Emine Erkal said that the exhibition was organized as part of a series of events marking the 30th anniversary of the founding of the institute, saying they organized the exhibition under the auspices of sharing the underlying philosophy of the rich, artistic and aesthetic accumulations of Turkish and Islamic traditions while promoting Turkey's national identity. "Traditional motifs are imprinted on handmade or sized paper, using calligraphy, illumination and gold in our collection, which also has depiction of 15 'talismanic shirts,'" she said.

Erkal also added that the exhibition includes different works that are created with the art of calligraphy known as ferman and berat, which are used to give a harmonious and meaningful shape to writings, while the art of illumination is used to show the sentimental value of the verses in the Quran and works from the Hilye-i Şerif (writings about the Prophet Muhammad's appearance and characteristics).
RELATED TOPICS