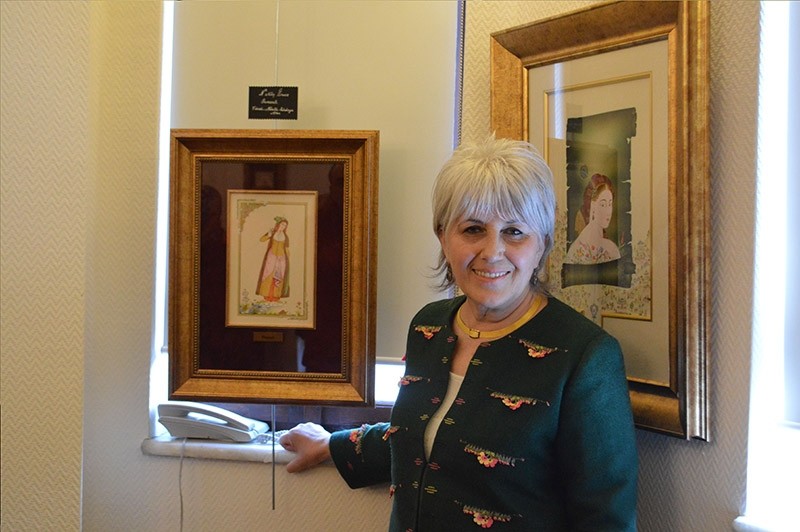 Ünver explained in a statement that the exhibition showcases 41 female figures of different ethnic origins, from the period of Ottoman rule across three continents.

Noting that there is a very high interest level in miniatures, Ünver said, "The miniature has lived in a 2,000 year golden age. There is a great deal of interest, especially from women."

Women exerted much political influence in the Ottoman Empire, especially during the 130-year period of the 16th and 17th centuries, when women of the imperial harem had vast control over state matters. The period is known today as the 'Sultanate of Women.'

The exhibit serves as testament to the profound impact these women had on the Ottoman state through one of the Empire's most celebrated art forms: the miniature.

The exhibition will run until March 12 at the Culture House in the Kızılay district of Ankara.