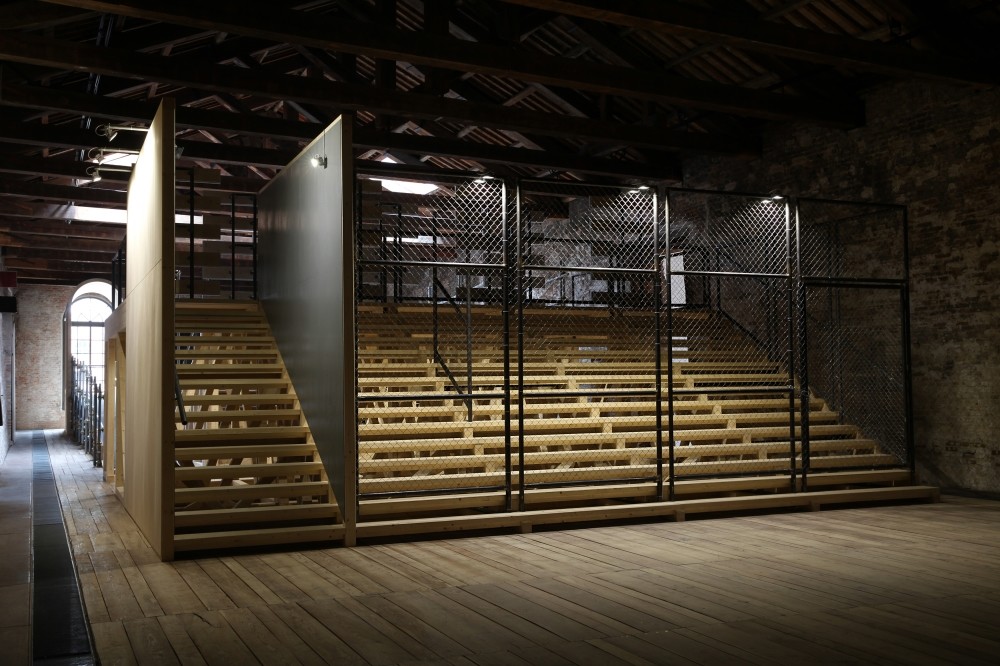 Installation is divided into 2 main areas with both physical & audio characteristics. While the fau00e7ade can be accessed by ladders and ramps, the guest tribune is a locked area representing a public space that is visible yet inaccessible and unusable
by Daily Sabah May 13, 2017 12:00 am

The 57th International Art Exhibition of the Venice Biennale opens its doors on Saturday, featuring "ÇIN" by Turkish artist Cevdet Erek on display in the pavilion. Coordinated by the Istanbul Culture and Arts Foundation (İKSV), the Turkish Pavilion can be visited in Arsenale, one of the main venues of the Venice Biennale, until Nov. 26.

The opening of "ÇIN" by the artist Cevdet Eren took place on Thursday, May 11, with the participation of the artist and his team. The work, a site-specific installation, was introduced to the international art world at the opening. "ÇIN" aims to portray poetic and political imagination through architecture and sound. The title of the work "ÇIN," meaning the clink sound, has been designed as a sound signal. Used as an echo sound in Turkish, this work mimics a sound of beating and refers to reverberation and ringing in the ears.

With this piece, Erek has continued with the themes and methods seen in his previous works, "Location of Rhythms," "Rulers and Rhythm Works" and "Voice Ornamentation." In these works, the rhythms of history, daily life and nature were expressed through sound, architecture and performance, while visual and rhythm schedules were built and through patterns and word architectural "sound ornamentation" was created. 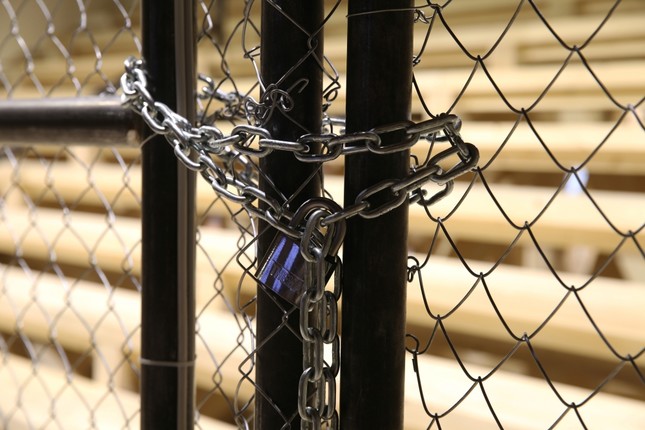 In the creation of "ÇIN," pre-design, trial and error, and improvisation methods all played a part. The foundation of Erek's work at the Turkish Pavilion is based on two simultaneous elements: A location program that becomes concrete with an architectural structure and a multi-channel sound installation. Sounds created in the location after a physical construction is completed guide the visitors and welcome them with a variety of combinations that are both consecutive and limitless. The complex configurations of sounds sometimes surround the visitors and create unseen borders by becoming indistinct according to the location and direction of the person, thus, creating transitivity within time. "ÇIN" will also be open for use throughout the Venice Biennale. For example, it will enable performances to be made with diversified, unique or completely deactivated sounds. As a result, the installation will not take its final form until the last day of the exhibition.

Through motivating various reactions by revealing movement, time and physical memories, the movement of visitors are an inevitable part of the installation, as well. The "sound ornamented" inner side and the platform at the center of the installation rise on a "transit route" enables passage to the pavilions of neighboring counties. The location is divided into two main areas that possess both physical and audio characteristics. While the façade can be accessed by ladders and ramps, the "guest tribune" is a locked area representing a public space that is visible yet inaccessible and unuseable. 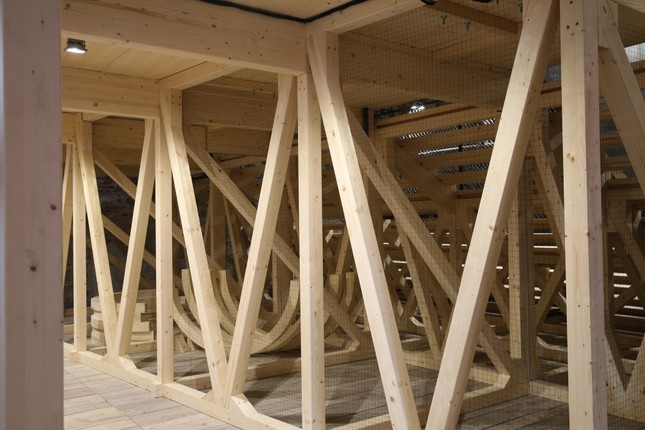 The installation also aims to reach out to visitors' memories. For example, movements that may remind one of the experience of crossing the bridges in Venice through ramps that were built for the city marathon and later left behind, the dramatic rise of the stairs in public places or experiences of a resting area. As a result, stairs or public gathering areas can immediately bring up memories of similar places the viewer had once visited, from a rundown cultural area to a stadium or walking paths in a hillside city. Sampling of certain architectural elements and the movement of the body among these elements aim to relate the work to its host city and to other locations through memories. Imagination, which is often inspired by sound and location, is turned into a matter of political urgency and creates a location that can be held by hand and also only sensed. "This work extends towards different dimensions, towards somewhere live, somewhere that has conflicts and limits, somewhere that stimulates confrontation, and somewhere you can dream," Erek says.

The project team consists of project coordinator and the memory of the project, Yelin Bilgin, architect and the soft voice, Gürden Gür, the architect and smiling face, Elif Tunçel, art historian and the artist's sister, Ayşe Erek, and the visual identity designer, Yetkin Başarır.

A booklet including a new text of anecdotes shared by Erek during the piece's preparation stage will also accompany the exhibition. During the biennale, a double-language catalog, which explains as well as documents the preparation stage and includes texts on the work, will be prepared by İKSV and distributed by Yapı Kredi Publishing House. In addition, a 10-inch record including sound effects, ornamentation and other arrangements will also be on sale.

On Fridays and Saturdays, an "Open Table" (Tavola Aperta) will gather the artists for a cozy lunch to discuss their works. The Open Table event hosted by Erek will take place on Wednesday, May 17, 1-3 p.m. at Sale d'Armi in Arsenale. The event will be broadcast live from the Biennale's website.
RELATED TOPICS