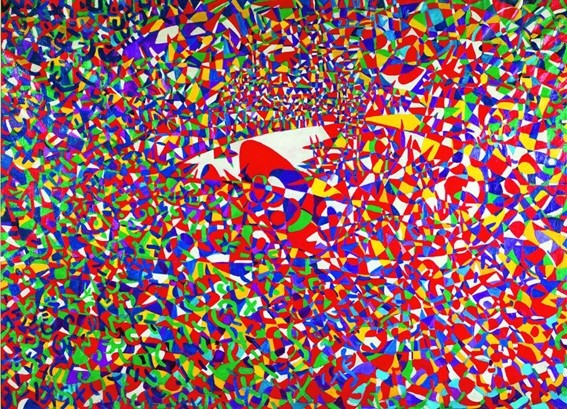 Dostoğlu curated the exhibition titled, "Two Generations Under the Rainbow" in 2006, which included displays of works by Zeid and her son Nejad Melih Devrim. The documentary, co-produced for the "Fahrelnissa and Nejad: Two Generations under the Rainbow" and created after in-depth research, will be shown at the event before Dostoğlu talks about the shooting process. A total of 23 of Zeid's abstract geometric compositions, heavily influenced by Byzantine, Islamic and Western art, as well as expressionist works featuring unique depictions of color, will be on display at the Temporary Exhibition Hall until July 30.