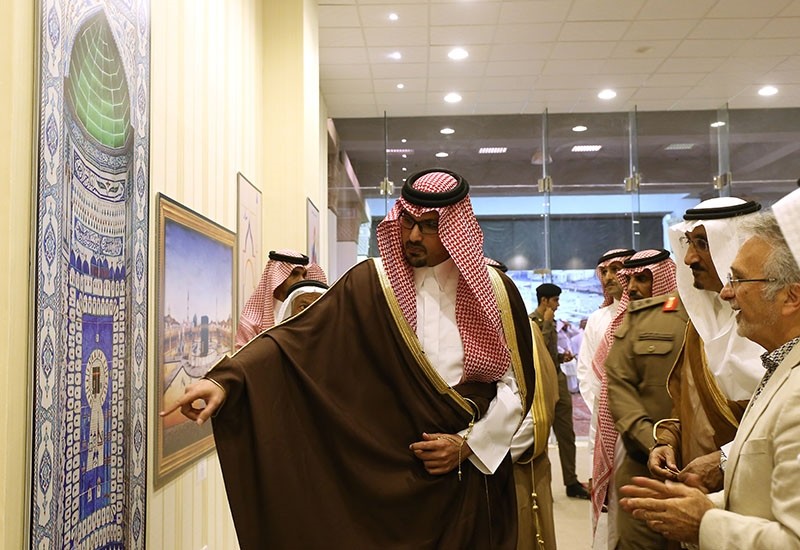 A photo exhibition opened in Saudi Arabia's Medina Wednesday, featuring items from one of Istanbul's most popular tourist attractions and showcasing many works to the public for the first time ever.

The opening ceremony was held with the participation of the deputy Emir of Medina, Emir Suud bin Khalid al-Faisal, King Salman's Undersecretary Fahd Semari, director of King Abdulaziz Research and Archive Center Muhammad Nouman and others.

Aksoy said the model of the Masjid al-Nabawi, or the prophet's mosque, paintings from various periods, miniatures, engravings and works describing the phases of Medina and Mecca in the past are part of the exhibition.

The exhibition is organized within the scope of activities of the Capital of Islamic Tourism which Medinah is representing in 2017 and will be open for three months.