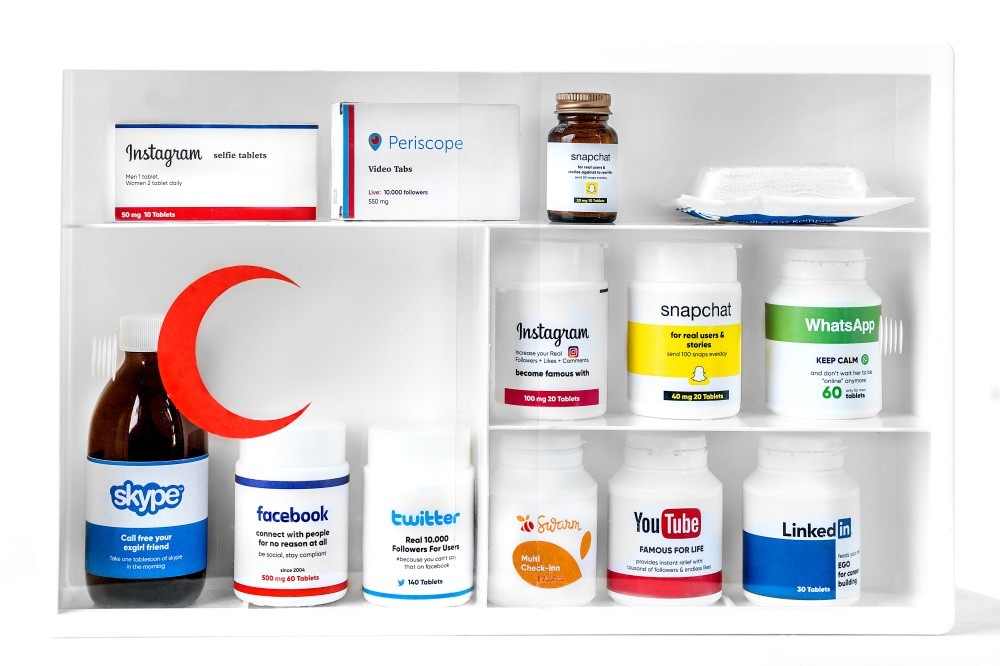 The phrase social media was coined in 2004 and applications associated with this new wave of web tools had been dominating our lives in the past decade. Apps like Twitter, Facebook and Snapchat redefined many people's lives on such a scale that social media has produced its own addicts and phobics. The effects have been felt acutely in Istanbul and other Turkish cities, where an ambitious new generation of tech entrepreneurs are making a living from their widely-shared social media posts. Local politicians have also learned about the power and influence of social media as more and more users hold their representatives to account by quoting old posts and demanding answers to changes in policy. For young people in Turkey, as in other countries, social media is at times perceived as a domain of creativity but there is little evidence that young people's selfies and other social media shares will be remembered weeks after they are posted. In fact, most social media users seem condemned to live in a perpetual present time, their creative and artistic skills exploited and taken hostage by a small number of greedy tech companies from Silicon Valley, who excel at making invisible their economic interests in producing social media tools.

"Socio-mania" is the title of a new exhibition at Istanbul's Bozlu Art Project where a group of Turkish artists take issue with the promises made by social media giants Facebook, Twitter and Snapchat. Özlem İnay Erten, who has curated the show, sounds almost furious about the implications of social media tools that determine our lives today.

"While meeting our most basic needs, such as communicating, learning, declaring our ideas, satisfying our curiosity, being aware through social media, every moment that we steal from the life and every little image that we share in order to capture the most beautiful image and get the most likes… all that becomes a portrait of our lives when viewed in its entirety," she writes. Social media is a stifling addiction but since it has become the truth of many people's existence, it deserves careful, artistic inquiry.

"Through our phones, almost integrated with our hands, we try to share our every moment and memory, we do not look at the faces of our addressees, not see the scenery in front of us while counting our likes," Erten, the curator, says. "We become more narcissistic, more lonely and alienated from ourselves."

Of course, there is nothing easier than moralizing about new technologies and an exhibition with a harsh line on contemporary technology can easily fall into the pitfall of a regressive moralism. But here, an interesting line-up of Turkish artists, particularly works by Ali Alışır, Beyza Boynudelik, Çağatay Odabaş, Evren Erol and Berkay Tuncay, manage to critique, undermine but also appreciate the potentials of new technologies.

"The biggest thing about social media is that it represents a world where we live away from wisdom but are constantly surrounded by information," Ali Alışır says. His installation, "Pleasure Cabinet" is a humorous re-imagination of a medicine cabinet where bottles of drugs with labels like "Skype: Call free your ex-girlfriend", "Facebook: connect with people for no reason at all" and "WhatsApp: Keep Calm and don't wait her to be 'online' anymore" fill the shelves.

"When you look at it from a distance, these social media drugs look like medicine, placed inside a cabinet. But once you get close to the cabinet, you see that all the drugs have, as their labels, names of social media companies. They contain instructions, meant to motivate people to use social media even more intensely. Those are drugs that promise people more followers, more pleasure, and more fun. And these, I suggest, have a narcotic effect on the individual."

Erten, the curator, quotes German philosopher Ludwig Feuerbach's famous words in the exhibition text: "Certainly the present age prefers the sign to the thing signified, the copy to the original, representation to reality, the appearance to the essence." But the real problem with social media is not that it brings us away from reality. All works of culture, be it Tolstoy's "War and Peace" or Ahmet Hamdi Tanpınar's novels, owe their power to recreating reality through artifice. The search for "essences", meanwhile, can easily lead to religious or racist extremities. The real issue with social media companies is that they very cunningly monetize on our inner desire for imitating the lives of others. They make stalkers and peeping Toms out of their users.

"This wall satisfies the voyeurs in all of us," Beyza Boynudelik, whose subtle installation "The Wall" is among the centerpieces here, says. In that work, she has placed peep-holes onto a wall; there are dozens of those holes and a glance through them brings to the viewer tastefully done drawings, meant to represent Instagram or Facebook photographs. "Some peep-holes lead to darkness. But we retain the curiosity to look and keep on searching for more," Boynudelik says.

In "Anglo-Saxon Love", Çağatay Odabaş recreates the striking image of a pig from the pilot episode of the first season of the Netflix series "Black Mirror". "Untitled (Louvre)", a 2014 work by Berkay Tuncay, one of the leading young video artists in Turkey today, shows tourists posing outside the Louvre Museum. Evren Erol's wood sculpture, "Hysteria", imitates Facebook's thumb up logo, with its thumb tragically cut for some reason.

"There is no natural identity anymore," Erol says."Today the only thing we have is a set of idealized identities curated through social media."