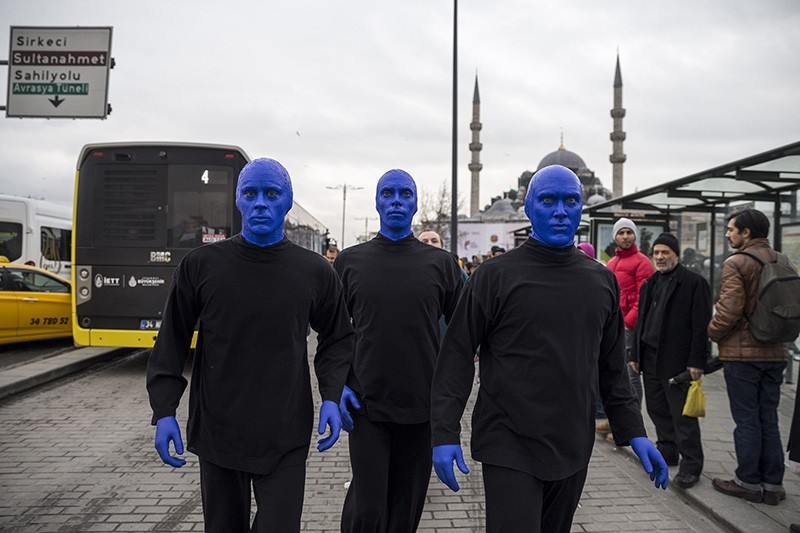 'Blue Man Group' on Monday drew attention in Istanbul as they staged shows on the streets of Turkey's largest city.

The group performed street shows, a day before their main event and first ever show in Turkey, to be hosted by Zorlu Performance Hall.

Taking selfies with locals, the group also took a walk in Istanbul's Eminönü district and popped into the iconic Spice Bazaar.

Phil Stanton added that the character of Blue Man attracts people of all ages, cultures and nations.

"We think that the celebration and happiness that Blue Man tries to give out can reach out to everybody universally."

"Blue Man Group" was established in 1988 with the collaboration of three close friends - Wink, Stanton and Matt Goldman - on Manhattan's Lower East Side.

The Blue Man Group show has been staged in over 20 countries and has been seen by over 35 million people since 1991.

The show harmonizes music, comedy and technology; and has received critical acclaim from audiences all over the world with its success in telling new stories as well as integrating new songs and technology to the shows.