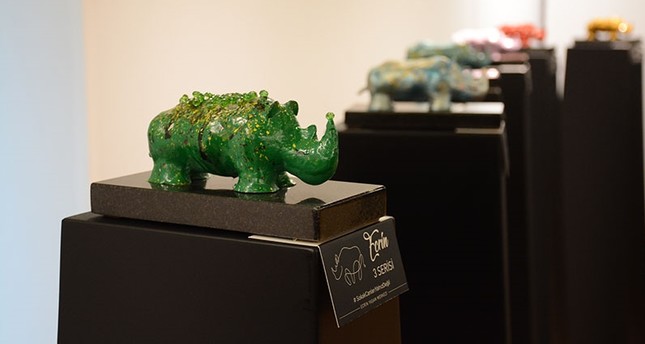 A foundation in Turkey launched an exhibition to raise consciousness on protecting stray animals while providing overall awareness for animals as well as endangered species.

Nil Education and Mutual Aid Society (NEYAD) launched the exhibition named "Ecrin" (Good Deeds) with the cooperation of Turkish sculpture artist Özge Günaydın, who has been involved in different social awareness projects. The income generated in the exhibition, which is being held in GaleriDeniz, will be used for providing food, shelter and other needs of street animals, in addition to establishing "Ecrin Living Center."

Under the scope of the center, people of all ages will be able to communicate with animals through a museum, botanical garden and picnic areas. 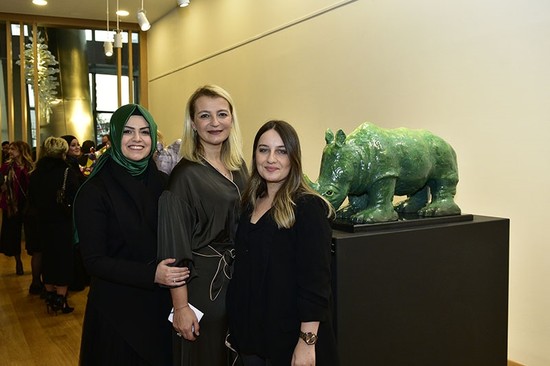 During the launching of the exhibition, which bears the theme of rhinoceros as an example to endangered species, the members of the NEYAD association introduced the living center project. 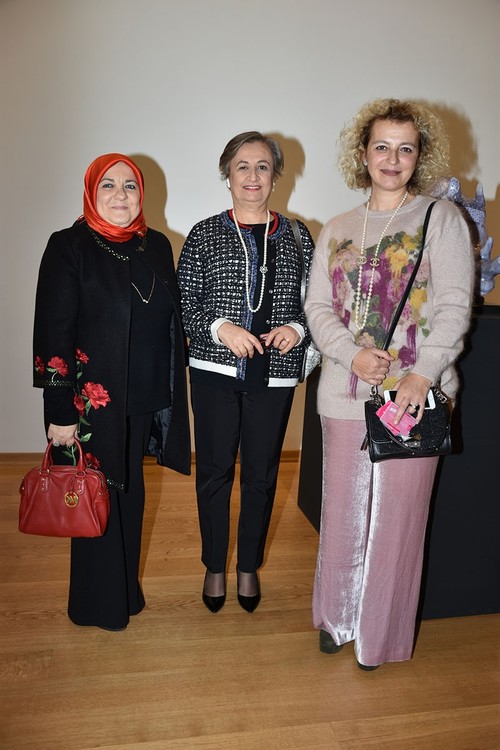 Speaking about the project, Günaydın said: "The reason why the exhibition's theme is rhinoceros is that it has a symbolic value, since it is an animal facing extinction due to the damage to nature. Only five species of rhinoceros came to this date, which has a similar living history with human beings. Some 96 percent of the black rhinoceros have become extinct in the past 20 years out of a population of 70,000 in the 1960s. These figures clearly show us the iconic value of rhinos is in the destruction of nature. With our exhibition, we underline once again that the world is a living space for all living things, besides, we are also pleased to launch a social responsibility project that will serve thousands of animals."

Nilgün Diptaş, executive board chairwoman of the NEYAD, said that they decided to establish the world's largest living center for the street animals and added that their aim is to provide proper living spaces for the animals as well as to raise awareness among people, especially children.

Share on Facebook Share on Twitter
Previous in Events A solo show by a Syrian painter on Monday opened its doors in Istanbul. Ibrahim... Next in Events Famed Turkish author Orhan Pamuk will hold an exhibit spotlighting...
DAILY SABAH RECOMMENDS