Russia’s Red Army Choir to give free concerts in Istanbul 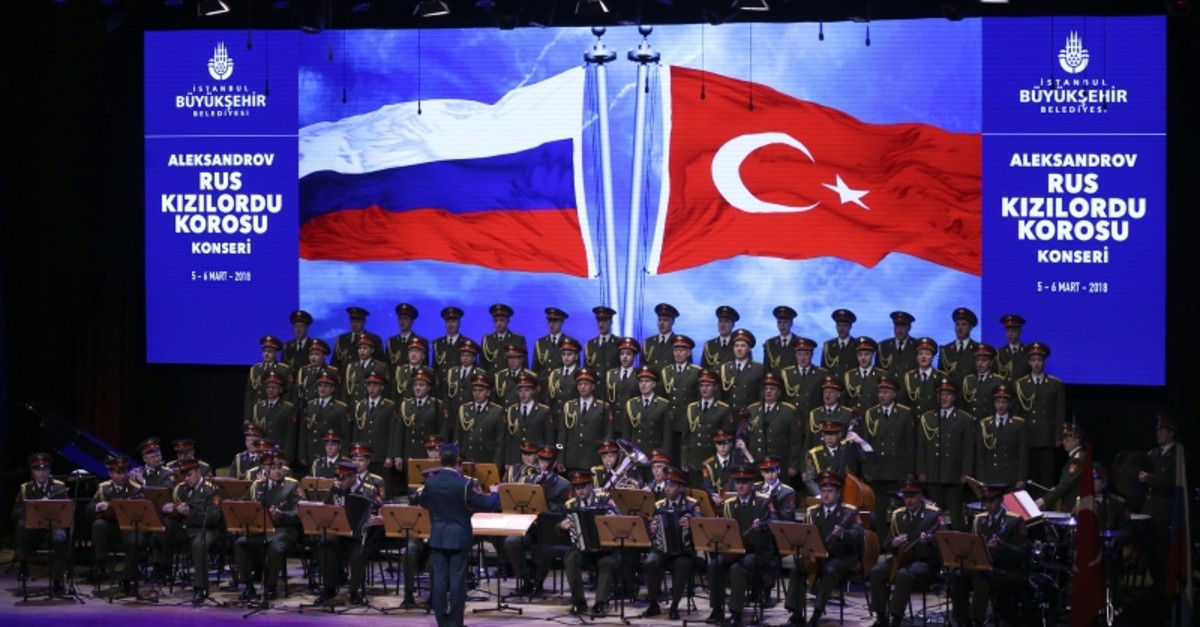 The choir, which is celebrating its 91st anniversary this year, will take the stage at Gazanfer Bilge Sports Hall in Büyükçekmece on Istanbul's European side on March 9 at 4 p.m. and at Ataşehir Ülker Sports and Event Hall on the Anatolian side on March 11 at 8 p.m.

The ensemble will perform with a team of 120 people including choir members, orchestra, dancers and vocals. Among other prominent musicians, Nataliya Moskvina, an artist honored by the Russian Federation, will take the stage as a soloist for the concert. She will be accompanied by Pavel Maksimov, Valeriy Gavva, Vadim Ananyev and internationally-recognized baritone Maksim Maklakov.

Some of the most famous compositions in Soviet history, from "Soviet-German War" anthems "Svyaschennaya Voyna" to "Nesokrushmaya i Legendarnaya," along with "Katyusha" and "Kalinka," will be among the works performed at the concert. The ensemble will also perform Turkish works including the national anthem "Istiklal Marşı," "Sevdan Olmasa" and "Çanakkale Türküsü." The concert will end with "Podmoskovnie Vechera," also known as "Midnight in Moscow."

Concert tickets ranging in prices from 30-110 Turkish liras for the Choir's scheduled concerts at the IBB Cemal Reşit Rey (CRR) Concert Hall on March 10 were immediately sold out. Due to high interest, the choir will take the stage two times that day, at 2 p.m. and 8 p.m.

The Alexandrov Ensemble is a male-voice choir that was initially founded during the Soviet era to boost morale and motivation of citizens and soldiers fighting at the front. In addition to being an army choir, it holds an important place in world music history.

The choir features a number of works in the repertoire of Russian folk songs, church music, opera arias and songs. Aleksandr Aleksandrov, the composer of the world-famous Soviet Union Anthem, was one of the founders of the choir and conducted it until his death in 1946.