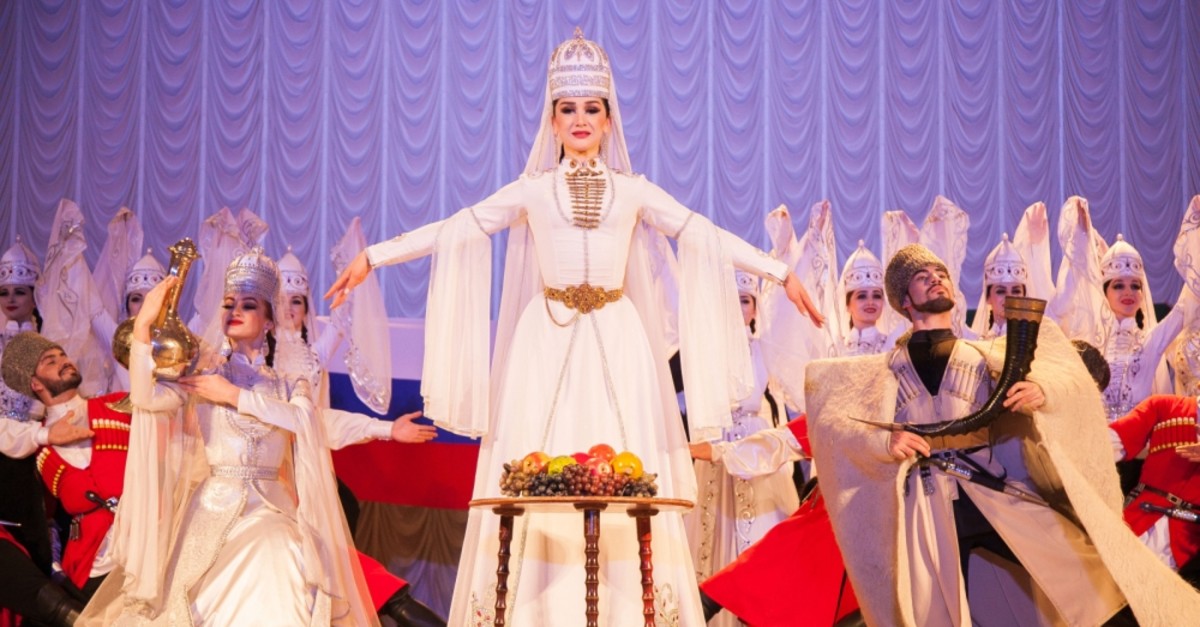 The Adygea State Academic Folk Dance Ensemble Nalmes will meet art lovers in Istanbul on June 14 and in Bursa on June 15, following intense demand. The ensemble will offer its new repertoire, consisting of new dances specially prepared for art lovers in Turkey.

Nalmes' first show will be held on June 14 at the Bostancı Show Center in Istanbul. They will then perform for fans at Atatürk Congress and Culture Center in Bursa on June 15. The program, which includes sword dances, magical music and drum performances, will start at 8:30 p.m. and last for 90 minutes.

Capturing the audience's hearts everywhere they perform, Nalmes portrays the wars, suffering and happiness of the Caucasian community.

Nalmes,which promotes thousands of years of Caucasian folk dance in performing arts, consists of 55 dancers, who are all state artists. The group, with more than 100 dance selections, also performs North Caucasus folklore as well as ethnic dances.

The Adygea State Academic Folk Dance Ensemblewas founded in 1936 under the name Nalmes. Transferring the spirit of life and culture to all audiences, Nalmes became an academy in 1991. Blending the aesthetics of modern rhythms with Adygea culture and promoting all the beauties of Caucasian communities, Khadzhaev is the artistic director of the ensemble. The ensemble's Turkey representative is Gazi Aydemir.