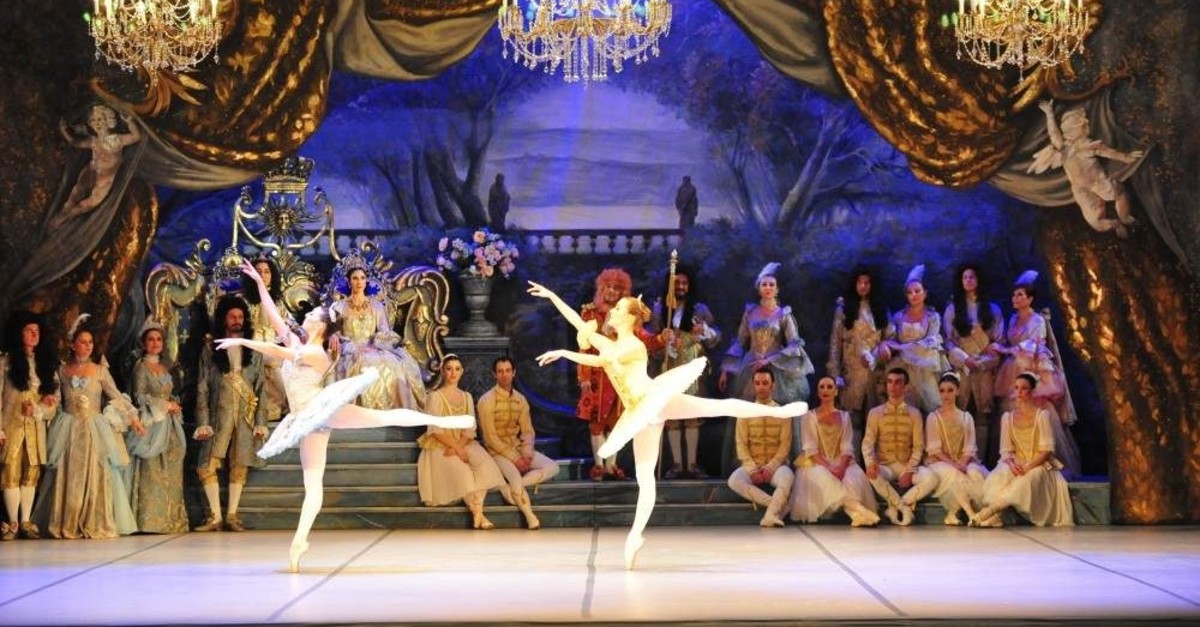 by Daily Sabah Nov 27, 2019 6:44 pm
“Sleeping Beauty," one of the most significant ballet production in terms of both technique and style, is set to add a dash of color to gray, wintry Istanbul.
The ballet, which despite its intense popularity, was only re-included in the repertoire of the Istanbul State Opera and Ballet in 2017, is showing on Nov. 30, Dec. 3, 5, 7, 10 and 12.
The striking work came about in 1890 as a result of the incredible working relationship which developed between choreographer Marius Petipa and Peter Ilyich Tchaikovsky. “Sleeping Beauty,” is a classic European fairy tale that tells the story of a beautiful princess who falls asleep for a hundred years and was originally written by Charles Perrault of France in 1697 to be updated by The Brothers Grimm of Germany in 1812. The tale was published in Italy by Basile under the name “Moon, Sun and Talia."
The tale received its ballet transformation when Tchaikovsky received a letter dated May 25, 1888 from Ivan Vsevolozhski, director of the Tsarist Theater Mariinski in St. Petersburg.
Vsevolozhski proposed to write a ballet on Charles Perrault’s fairy tale “La Belle au Bois Dormant.” Tchaikovsky then asked Vsevolozhski to prepare a libretto. Tchaikovsky received the scenario on Sept. 3 and reads it in one breath, and on the same day wrote letters to Vsevolozhski and his brother Modest, saying: “this scenario is just my cup of tea, I cannot ask for better than this to compose.”
Marius Petipa formulated a detailed series of choreography for the ballet, delivering it after consultation with Vsevolozhski, the scriptwriter, and Tchaikovsky. Marius Petipa based the ballet on music that had not yet been written. He had already determined the characters based on the tempo, rhythm and even instruments in his mind. Upon meeting up with Tchaikovsky, he took great care detailing his vision.
Considered to be the most important work of the classical ballet repertoire and studied at conservatories across the world, “Sleeping Beauty” was first staged in St. Petersburg in 1890, but only gained greater fame in the 20th century.
The work's most recent production has been dramatized for the stage by Ayşem Sunal Savaşkurt, the chief ballet choreographer of the Istanbul State Opera and Ballet. The ballet will be conducted by maestro Roberto Gianola, with decor design by Adnan Öngün, costume design by Çimen Somuncuoğlu and lighting work by Önder Arık.
Büşra Ay and Berfu Elmas will play Princess Aurora, while Erhan Güzel, Batur Büklü and Hasan Topçuoğlu will play Prince Florimund; İlke Kodal, M. Nuri Arkan and Melike Koper will play Carabosse and Zuhal Karaca, Ami Naito, Can Bezirganoğlu and Hasan Topçuoğlu will play Princess Florine and the Bluebird.
The ballet will be performed at the Süreyya Opera Stage in Istanbul’s Kadıköy district at 08.00 p.m. on Dec. 3, 5, 10, 12 and at 04.00 p.m. on Nov. 30 and Dec. 7.