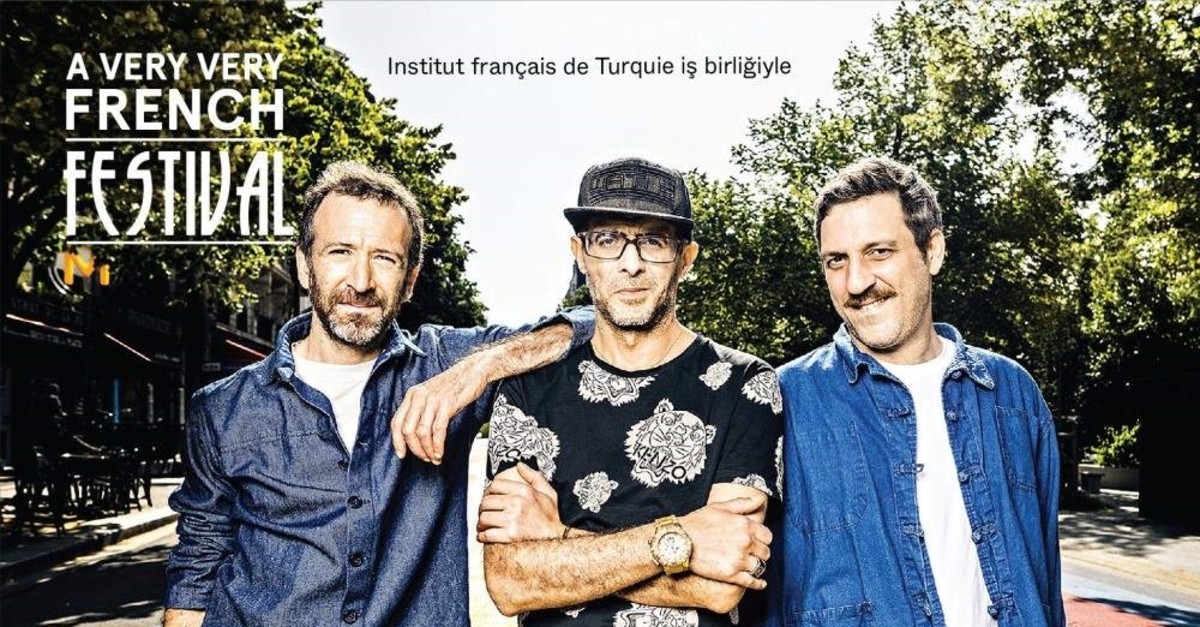 The Very Very French Festival, which has arranged for French artists to perform in Istanbul for the last six years, will take place at Babylon in Istanbul's Şişli district from Nov. 28 to Dec. 20 this year

Babylon, a popular venue in Istanbul's Şişli district, is primed to host a raft of famous French artists. A joint project between the Institut Français and the club, Very Very French Festival continues to present different events in its sixth year. The festival, which will be held from today to Dec. 20, offers four events in different styles. As part of the festival, Nouvelle Vague, Sofiane Saidi & Mazalda, Feder and Acid Arab will take to the Babylon stage.
This year's festival program consists of Nouvelle Vague, whose sound combines the subtlety of bossa nova with the melancholic sounds of new wave music. The festival also makes way for Algerian musician Sofiane Saidi and his band, Mazalda, who combines rai, funk, disco, psychedelic and electronic dance in their unique sound. French DJ and producer Feder, who tops the lists with his productions combining deep house, house and pop; and Parisian electronic music band Acid Arab, whose techno and acid house is draped in the sounds of the Middle Eastern, is also guaranteed to excite crowds.
Born out of the partnership of French musicians Marc Collin and Olivier Libaux; Nouvelle Vague combines the bratty attitude of punk and post-punk, the intellectual depth of new wave, the subtle, bossa nova style and the vocals of Melanie Pain, Elodie Frege and Phoebe Killdeer. The band’s repertoire is heavy with covers from cult groups like Joy Division, the Clash, Depeche Mode and Blondie. They have made a name for themselves around the world with famed covers of punk classics, such as “Guns of Brixton”, “Dance With Me” and “Love Will Tear Us Apart.” They have performed at a number of world-class venues, including Royal Albert Hall, Olympia and Hollywood Bowl.
Sofiane Saidi and Mazalda showcase the unique, electro-Maghreb "rai" genre, which blends traditional Algerian folk music meets synths, drum machines and electric guitars. Consisting of six musicians inspired by rai music, Mazalda makes bedouin beats creating a mystifying mix of synth, psychedelic and funk with wind instruments, ouds, keyboards and synthesizers.
French DJ Hadrien Federiconi, aka Feder, debuted on the deep house stage upon moving to Paris. Nourished by house, deep house and hip hop, Feder produces music in his own distinctive style. He drew attention with the remix “Can’t Get Away,” produced with Mexican musician Sixto Rodriguez in 2014. Having topped the charts in several European countries with his single "Goodbye," released with Lyse in 2015, achieving a broader fan base. He released the single titled “Control” with Bryce Vine and Dan Caplen last year.
Combining the complex rhythms, melodies and vocals of Eastern music with techno and acid house elements, Acid Arab have sent crowds wild at clubs and festivals around the world following their debut album Musique de France, released at the end of 2016. Acid Arab, a team founded by by DJ duo Guido Minisky and Hervé Carvalho, joining forces with Pierrot Casanova, Nicolas Borne and Kenzi Bourras, has staged over 260 performances in 50 countries around the world over the last three years.
As part of the festival program, Nouvelle Vague will perform today and tomorrow at 08.30 p.m. and Sofiane Saidi & Mazalda will perform on Nov. 30 at 09.30 p.m. While Feder will appear at Babylon on Dec. 13, Acid Arab will take the stage on Dec. 20 at 09.30 p.m.