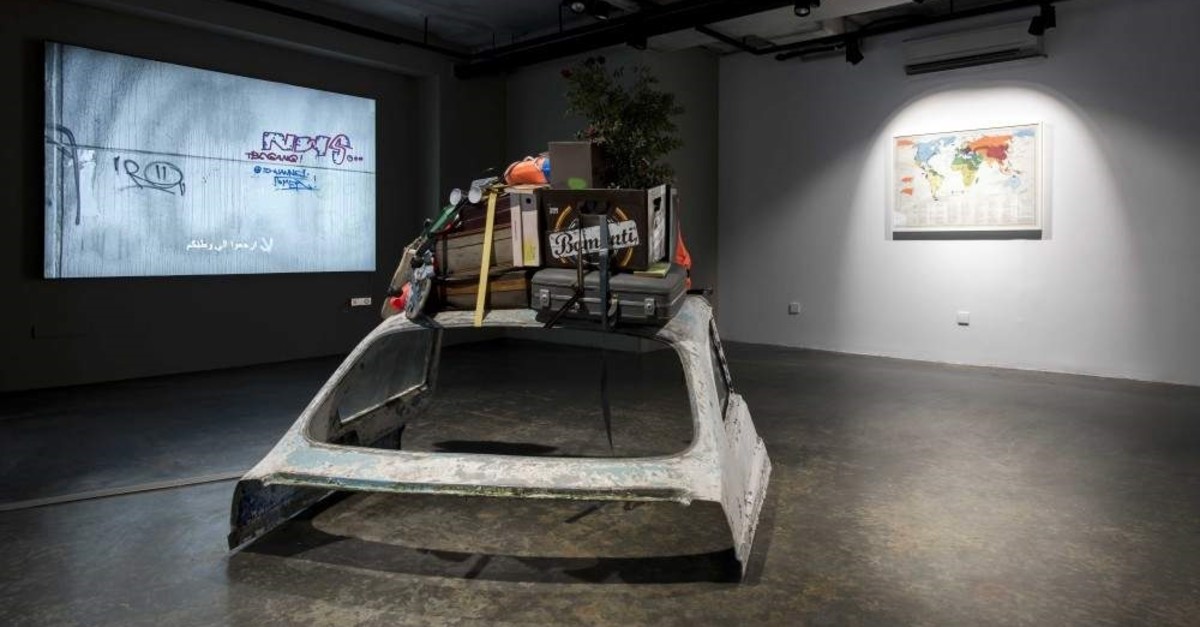 Halbouni's artistic work is informed by a participatory approach that spans a wide range of media, often incorporating objects and materials sourced from the everyday. Largely motivated by his Syrian and German roots, as well as his experience currently living in Dresden, Halbouni's works stand as a critique of the global political system, the politics of migration, mainstream media and the constructed notions of nationality and borders with a comic touch.

Coinciding with his residency at Tarabya Cultural Academy, "Home Game" presents newly produced works, most of which are the product of his stay in Istanbul and are inspired by the city. "Home Game," taken from sports terminology, plays with the idea of a hometown; Halbouni asks what the idea is constituted of, turning it upside down and shedding light on its shortcomings.

Two sculptures composed of decorative metal the artist came across in Istanbul appear to smash the term "watan," or "homeland" in Halbouni's native Arabic, demonstrating the utopic fallacy of belonging to a single piece of land, a politically constructed notion, as the term is scrunched into a ball, almost like a piece of trash.

Meanwhile, a lightbox illuminates a photograph Halbouni took from his daily bike ride near a refugee camp in Dresden. A right-wing group had graffitied Arabic inscriptions on the walls nearby with the phrases "Go Back Home," to which someone later added "NO."

As a continuation of his previous "What If?" series – an imagined dystopia in which the industrial revolution of the 19th century took place in the Ottoman Empire and the Arab world instead of Europe – Halbouni created new maps during his stay in Istanbul. An imaginary general, Joseph Hadid, who holds the hegemonic power in this dystopia, is impersonated by Halbouni himself in a newly conducted interview.

Reversing the directions of colonization and rethinking borders, Halbouni carries this play a step further by dismantling a map of the world we know and rethinking a new world order.