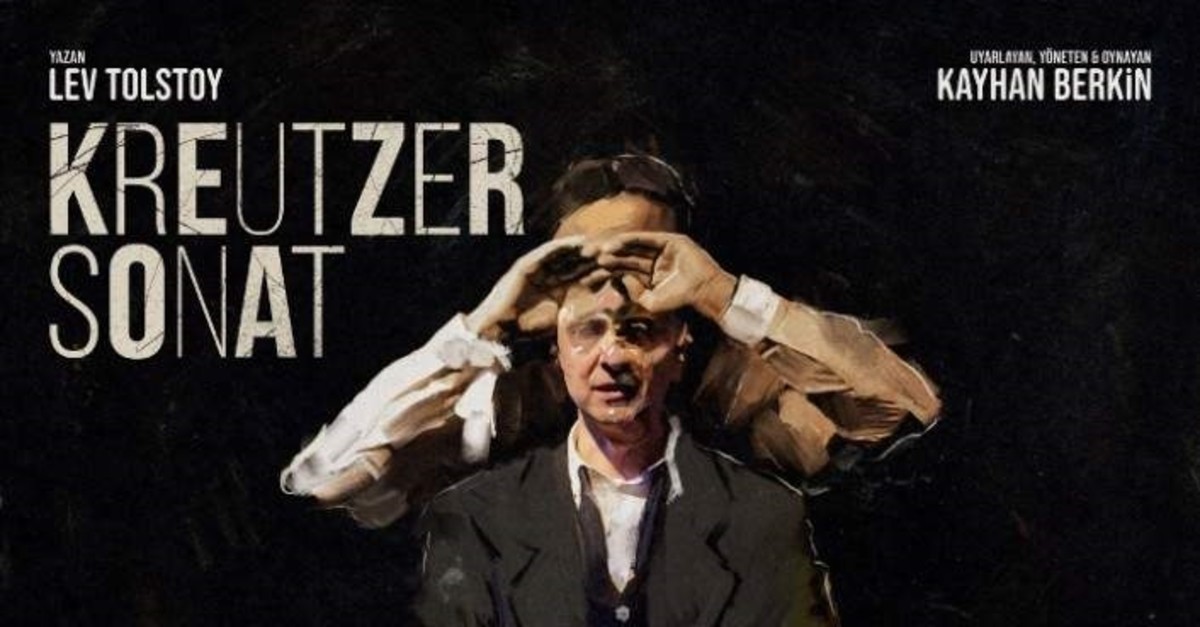 As part of its performance series, Yapı Kredi bomontiada in Istanbul's Şişli district will host the play "The Kreutzer Sonata" by Versus Theatre adapted from Tolstoy's work of the same name at 8:30 p.m. on Jan. 15, and the reading of the play "Feramuz Pis" ("Dirty Feramuz") written by Sema Elçim, at 8 p.m. on Jan. 17.

The play "The Kreutzer Sonata," named after the Violin and Piano Sonata No. 9, Op. 47 by Ludwig van Beethoven, tells the story of a character named Pozdnishev who killed his wife, who he thought was cheating on him with a young musician, as a result of uncontrolled jealousy. The play, in which Pozdnishev reviews the whole marriage process with a one-man narrative, explores the relations between men and women and the pressure of society on men.

The play "Feramuz Pis" features a house located in Feriköy neighborhood in Istanbul where a Syriac family who has migrated from Mardin lives, with their lives waiting to collapse. The play was written in Galata Perform's New Text New Theatre Workshop and was exhibited for the first time within the framework of the Eighth New Text New Theatre Festival.