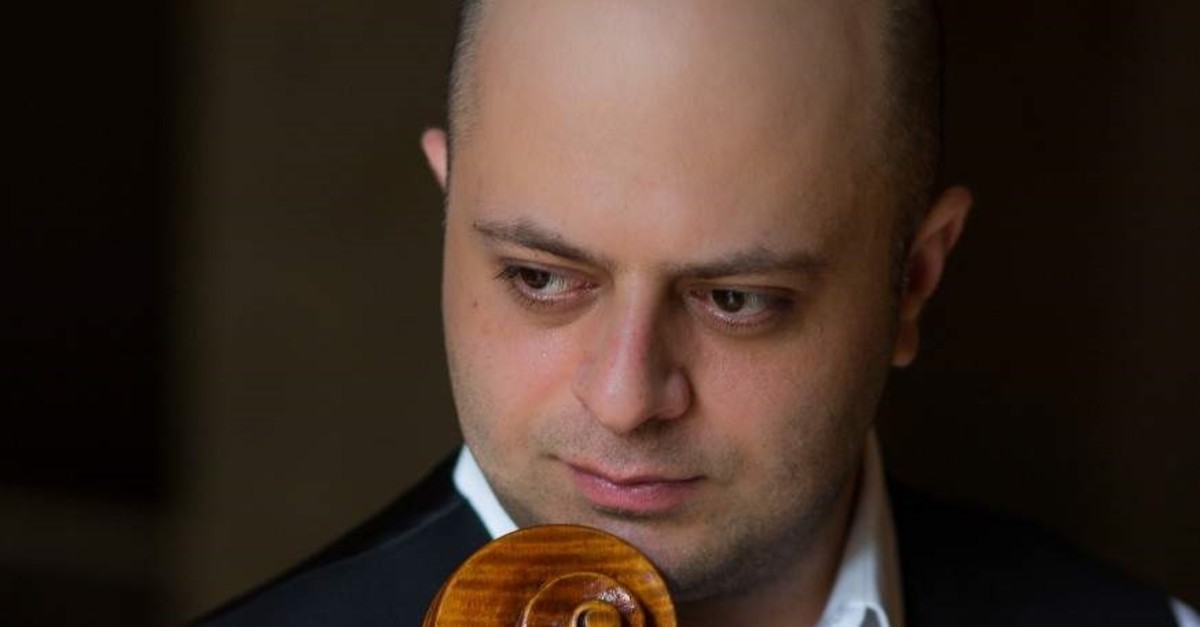 The Yerivan-born cellist has won awards from major competitions like Tchaikovsky. (Courtesy of Istanbul Recitals)
by daily sabah Jan 16, 2020 6:02 pm

The Istanbul Recitals, whose main media sponsors are Sabah and Daily Sabah, is welcoming the new year on Jan. 18 with cellist Alexander Chaushian at Sakıp Sabancı's Seed Hall. Born in Yerevan in 1977, Chaushian has performed concerts at the most prestigious venues in the world, including Suntory Hall, Wigmore Hall, Wiener Konzerthaus and Carnegie Hall, and in a number of countries from Japan to the U.S. He also won awards from major international competitions such as Tchaikovsky and ARD.

Born to a family of musicians, the cellist received his first lessons from his grandfather at the age of 7. He later received music training at Yehudi Menuhin School and Guildhall School of Music and Drama in the U.K. Also a member of the Kempf Trio, he won the scholarship of "Royal Academy of Music" in 2000. He completed his music training with advanced music studies at Hochschule für Musik Hanns Eisler in Berlin in 2005.

Among the musicians he shared the stage with, there are pianist Yuja Wang, pianist François-Frédéric Guy, flutist Emmanuel Pahud, violin virtuosos Gidon Kremer, Levon Chilingirian, Dimitri Sitkovetsky, Julia Fischer and Christoph Poppen, violoncellist David Geringas and violist Yuri Bashmet. He also had the opportunity to share the same stage as legendary Yehudi Menuhin (1916-1999). He takes the stage with pianist Yevgeny Sudbin as a duo in cello and piano repertoire. As a member of the Tchaikovsky Trio, he regularly shares the stage with Pavel Vernikov and Konstantin Bogino.

Tickets for the prodigy's performance in Istanbul can be purchased from Biletix.