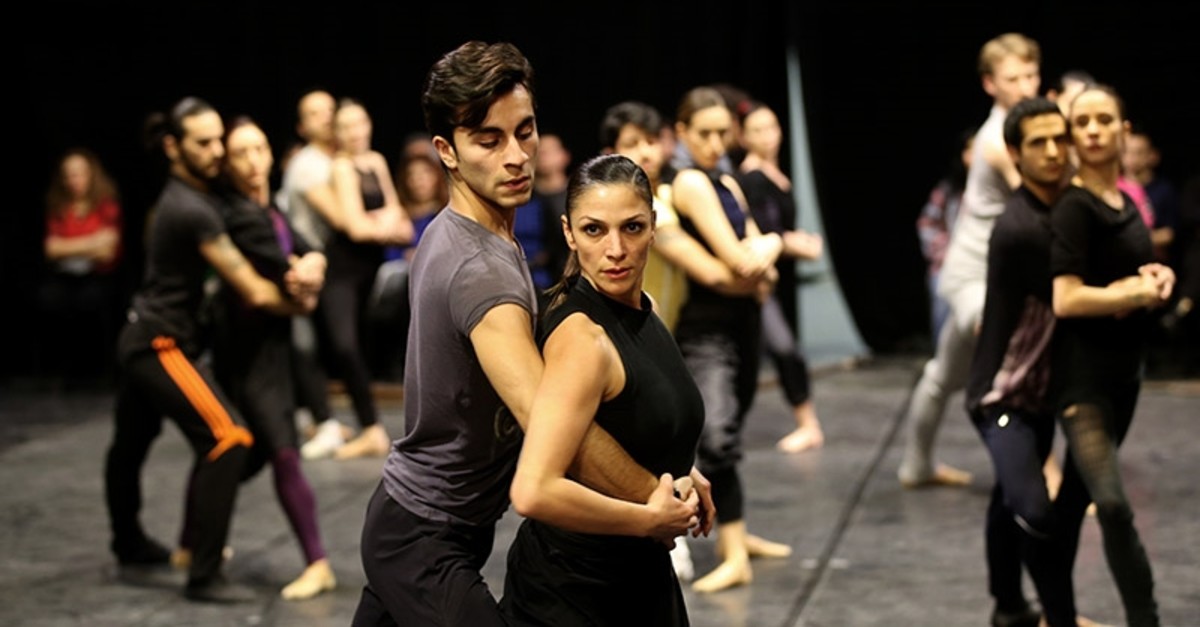 Adapted by Turkey's State Opera and Ballet from the story of the ancient city, 'Göbeklitepe' opera will mesmerize audiences with unique elements from decor to costumes

"Göbeklitepe the Opera" is set to be one of this event season's most exciting new shows – a spectacular undertaking promising to wow audiences. The opera combines the talents of around 200 performers and premieres on Feb. 19 in the capital, Ankara.

The product of "2019: The Year of Göbeklitepe" series of events, the Turkish State Opera and Ballet (DOB) has since completed its preparations for its enormous showcase, which explores the mysteries of ancient human civilization. The story of Göbeklitepe has been adapted to the opera stage to promote the ancient wonder – a site that holds untold archaeological value – recently excavated in eastern Turkey.

The project, which benefits from the talents of Production Director Gürçil Çeliktaş, composer Can Atilla and choreographer Volkan Ersoy, has been spearheaded by DOB General Director Murat Karahan, who spoke to Anadolu Agency (AA) about the decor and costume design amid ongoing rehearsals.

Commenting that preparations were underway at full speed, Karahan stated: "The artists and technical team of the State Opera and Ballet have been very successful. We said we would adapt Göbeklitepe into an opera, and we have since prepared an exact copy of the site – down to the smallest motifs – at our own workshop." 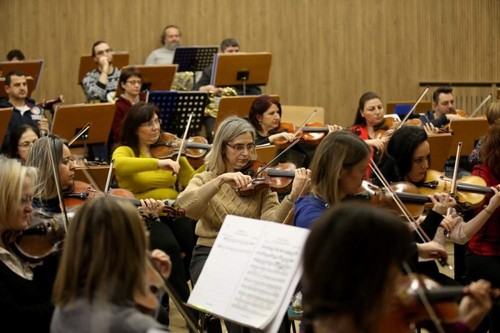 Karahan said steps were being taken to bring something fresh to Turkish opera, in a third showcase following earlier works, "Troy" and "Rebirth."

Karahan highlighted the significance of Göbeklitepe as a discovery that had caused for a total reevaluation of previous understandings of ancient history, turning previous understandings on their head: "Göbeklitepe is a place upon which the whole world's gaze is focused right now, and fortunately, it is on our territory. We, as the country's State Opera and Ballet, are trying to play our role as artists in our duty to promote Göbeklitepe."

Karahan noted that the show would be a blend of ballet and opera running the course of around one hour and a half.

Of maestro Tolga Taviş, Karahan said: "We are very excited and very hopeful about his work. All tickets for the world premiere held at Congress in Ankara on Feb. 19 are sold out. Three thousand people from Ankara have filled the hall.

"This shows the success of Turkish opera and our institution and is crucial in terms of maintaining rising momentum over the piece. It is going to be a beautiful evening. Our guests from many world operas will be watching. Ambassadors from 10 countries will also be in attendance. It is very important for us to promote our soft power and make a positive impact with these works, which we perform to a high standard."

Karahan said they had initially considered using three-dimensional mapping technology but were hesitant after being suitably impressed by the gigantic and realistic set produced, which is guaranteed to wow the audience.

Commenting on the costume design, Karahan stated: "The hats, flowers and necklaces of our work are handcrafted by a very talented group and have been produced as a result of a great amount of research. The team has been all worked considering the comfort of the artists and of course, the spirit of the period."

Choreographer Volkan Ersoy pointed out that due to the mystery and growing fame of Göbeklitepe, expectations were high. According to Ersoy, the living conditions and rituals of the period, the area of the region and its religious and cosmic power provided a road map.

"In dance, I prefer not the classical, but rather the contemporary and neoclassical style of expression. Together with around 30 valuable ballerinas, we have turned that power into the dance steps. We, choreographers, are composers of the body. I turned Can Attila's notes into body notes. It is very hard to express the meaning of notes with dance, which is a nonverbal art. We have worked hard to provide that environment and to reflect the era. Our audience will be confronted with an unforgettable visual feast," Ersoy added.

Tan Sağtürk of the Ankara State Opera and Ballet will take center stage and has strong energy. The famed ballerina stated that he was happy to act out the character of the "Wise Man," recalling that he had gained valuable experience playing Hector in last year's "Troy."

Pointing out that Troy had made a tremendous impact, Sağtürk noted: "The State Opera and Ballet is carrying out a revolution under Murat Karahan. Göbeklitepe is a very far-reaching project in which both ballet and opera are intertwined. A crowded dance and choral group are being used. I will take part in the dance group as a soloist. I will be the oracle of Göbeklitepe. Volkan Ersoy has created a serious choreography, and I will have to perform successfully. Hopefully, we can be successful at the premiere."

Sağtürk expressed excitement about performing before audiences in Ankara, claiming the city was a special place for him as a graduate of the local state conservatory. Noting that the stage was the place where he was at his peak, Sağtürk continued: "It is 40 years of experience. It is both a lifestyle and an experience for me. We have to be physically careful. This is the trickier part of the job. I have to take care of myself today for Göbeklitepe."