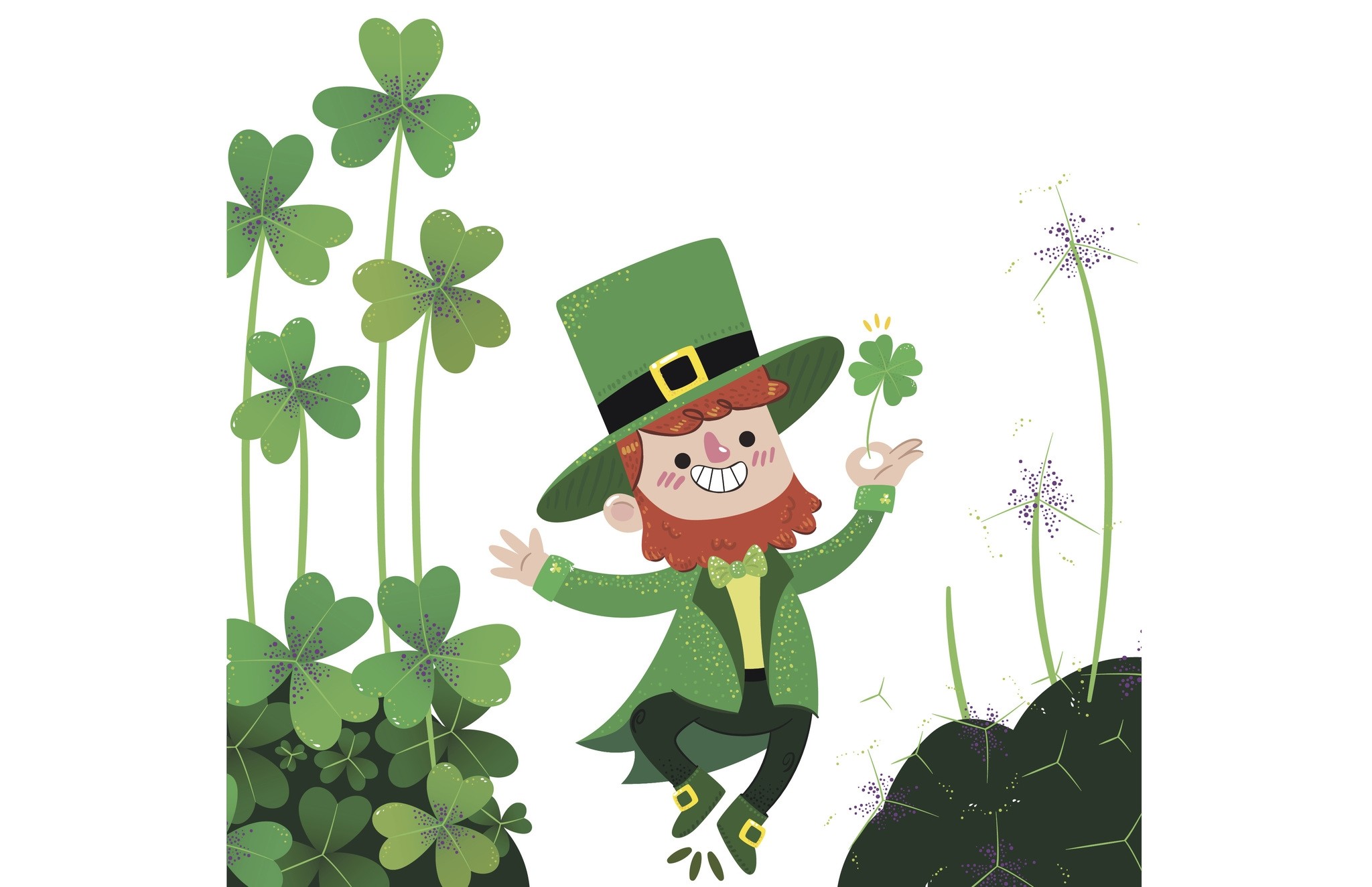 The excitement of St. Patrick's Day, the Irish national holiday celebrated around the world, is ready to hit the town with events organized all over Istanbul, as well as, in İzmir, Ankara and Bodrum tonight

This year, St. Patrick's Day, the day devoted to commemorating this patron saint of Ireland, falls on Friday, March 17. A day devoted to celebrating Irish heritage and culture, St. Paddy's Day, as it is referred to in short, has not only been an official holiday since the 17th century, but it is also the most widely celebrated national holiday in the world.Turkey is no different, jumping on the bandwagon of hosting a plentiful of fun and friendly events to celebrate the beloved Irish culture on this very special day.

The only rule, although certainly not strictly followed, is to wear something green on the day otherwise you become fair game to the tradition of pinching those not donning Ireland's official color. According to legend, wearing green makes you invisible to leprechauns, the mischievous fairy-like creatures forever seeking a pot of gold at the end of a rainbow, who also have an affinity for pinching. So, put on something green and get out there to discover the wonderful world of Irish-themed venues in Istanbul and Turkey's other great cities to have a guaranteed good time celebrating one of the most jovial holidays there ever were.

On the European Side

This establishment, which has successfully remained being the ultimate Irish meet-up spot in Istanbul and in the same location on Balo Sokak adjacent to Nevizade in Beyoğlu since 1996. While this venue regularly hosts live music and quiz nights, their St. Patrick's Day celebrations, have over the years become a steadfast tradition for the expat crowd. Musicians fly out from Ireland and the U.K. to join other locals for night after night of live music, dancing and a jolly good time.

This year will be even bigger and better with a long line up of musical acts. Starting on Friday March. 17 at 7 p.m., there will be traditional Irish music followed by the pop-rock band Booze that will take the stage from 1 a.m. to 3 a.m. On Saturday, the "Monster Traditional Irish Music" session, equipped with musicians from Ireland, begins at 2 p.m. and at 7 p.m. The Soas Ceili band, an Irish group based in London that gets everyone on their feet, will perform followed by another pop-rock group Zero playing from 1 a.m. to 3 a.m. Istanbul's resident Irish expat DJ Ray Mac will be playing Irish and "Sham rock" tunes. On Sunday, March 19, the festivities continue with another traditional Irish music jam at 7 p.m.

Ağaç Ev, Istanbul's very own blues bar, located just off İstiklal Avenue, is a cozy and mellow live music venue that has been hosting stellar musicians, as well as many fellow expats such as the talented Allen Hulsey, for years now. On Friday, March 17, there will be a very special tribute night for Irish rock legends with a live performance by Cork at 10:30 p.m. Cork are Turkey's very own Rory Gallagher tribute band. Rory Gallagher was an Irish blues and rock multi-instrumentalist who grew up in Cork, Ireland.

Known most for being a talented guitarist that departed the world at an early age, he has sold over 30 million albums worldwide and Cork, consisting of members Ali Ataman on guitar, Murat Kayhan on drums, Barış Yaman on vocals, Arif Ortakmaç on bass are devoted to keeping his music and that of other legends such as Led Zeppelin, Thin Lizzy, Uriah Heep, Whitesnake and ZZ Top alive. They have also played in festivals in Ireland and countries like England and Germany. You can check them out here in their hometown of Istanbul for a very special evening that will start with a special selection of traditional and modern Irish music and entrance is free.

St Patrick's Day at The Populist

Located in the historical Bomonti Beer Factory in the colorful neighborhood named after the building itself in Şişli, The Populist is somewhere that if you haven't visited yet is definitely a must to begin with. If the spectacular decor in this expansive space, in which industrial is made comfortable coupled by the best curly fries and buffalo wings in town, is not enough to entice you, on Friday, March 17 they will be dishing up Irish specialties such as corned beef and cabbage, sausages and white beans. There will also be a DJ Performance by Space Girls who play hip-hop, R&B and pop tunes. An all-day event, this party kicks off at noon and will continue until around 2 a.m.

Located on Meşrutiyet Caddesi in İstiklal Avenue's fun and funky Asmalı Mescit neighborhood, Corner Irish Pub, with its classic wooden decor, is fast becoming an expat favorite, you know the type where everyone knows your name. Their St. Paddy's Day party will run from 7 p.m. to 4 a.m. and entrance is free. Guests will be greeted with bagpipes, and Irish expat DJ Ray Mac will be infusing some Irish musical culture into the night.

Inter Nations Party at By Bahçe

The largest expat social network InterNations will be hosting a special St. Patrick's Day party on Friday, March 17 at By Bahçe, located on Kumbaracı Yokuşu on the lower end of İstiklal Avenue. You must be a member to join, but it's well worth it to check out the great venue, equipped with a VW Bus indoors as well as a highly sought-after pool table and divine food such as great burgers, pastas, pizzas and even a long list of calzones. You can meet and mingle with other expats and enjoy a special menu on the eve which will take place from 6:30 p.m. to 1 a.m.

Located on the top floor of the 170-bed luxurious design hostel Bunk in Harbiye, Bunk Roof is a popular evening venue that dishes up great burgers and pizzas among a chic setting and stunning views of the city. On Friday, March 17, in honor of St. Patrick's Day, they will be offering an unlimited "fish and chips" menu, where you can eat as much as you want and drink as much as you can in two hours (between 8 p.m. and 10 p.m.) for the price of TL 55.

Located on Bekar Sokak off İstiklal Avenue, the U2 Istanbul Irish Pub is the place to listen to U2, unsurprisingly, and other Irish folk music in this quaint venue that will be hosting three days of fun and festivities to ring in St. Paddy's Day.

It wouldn't be an international holiday if "The Best Party Life" weren't celebrating it. The ultimate Erasmus student party planners will be hosting a St. Patrick's Day Madness at the classic student themed night hangout Eski Beyrut which is located on İmam Adnan Street off of İstiklal. There will be a happy hour between 9 p.m. and 11 p.m. and doors will remain open until 6 a.m. Entrance is free if you pre-reserve your spot.

On the Asian Side

Belfast Irish Pub IstanbulThe Belfast Irish Pub in Moda, a long-standing local establishment that has branched out into two locations on the same street in Moda, will be whipping up Irish concoctions and celebrating the culture on Friday starting at 8 p.m.

Centrally located Harp Irish Pub, situated just a few steps in from the ferry and train stations in Kadıköy, will be holding an all-weekend special to ring in the holiday.

Located in the heart of downtown Bodrum, the Irish Pub will be serving Irish stew and Irish coffee between the hours of 8 p.m. and 4 a.m. for TL 28.