Enjoy Children's Day with events devoted to little ones

This Sunday, April 23, is National Sovereignty and Children's Day in Turkey, a unique holiday and the only one of its kind in the world. This very special day, which dates back to the founding of the Republic, is devoted to the children of the world to emphasize their place as the successors of the future

On this day in Turkey, children from all over the world are invited to participate in events, performances and parades held all over the country. One of the steadfast traditions of the holiday is for TRT, the state-run broadcaster Turkish Radio and Television Corporation to hold a huge parade and colorful festivities with thousands of children that visit from all over the world. This year, the event will take place in Nevsehir and will be broadcasted live throughout the day.

Now recognized by UNESCO as International Children's Day, the tradition in Turkey is for visiting international children to stay in Turkish homes, where they get to interact with Turkish children and share their cultures. One of the most interesting traditions on the day however is for children to participate in a special session where they stand in for the parliamentarians of the Grand National Assembly, while children's representatives are also elected to stand in for the president, the prime minister, cabinet ministers and provincial governors who all turn in their positions for children to rule for the day signing executive orders relating to children's issues, such as educational and environmental policies.

This holiday, the sole of its kind all over the world, is celebrated throughout Turkey by schools with weeklong activities and parades and a wide range of festivities are held on April 23 by municipalities and venues.

The following is a list of some of the biggest events for the kids this Sunday, April 23:

The Nazım Hikmet Cultural Center in Kadıköy will be hosting a full day of entertainment and activities for children between the ages of 6-12. Titled "Let's give the world to the children" (Çocuk Şenliği: Dünyayı Verelim Çocuklara), this event will have a full-days roster of workshops for children. Between the hours of 11 a.m. and 4 p.m. and with free entrance for all, there will be workshops held on painting, color and sculpture, dance, puppetry, origami and even mathematics. There will be a storytelling hour and an interactive letter-writing corner, where children can find their own pen pal from anywhere in the world. Meanwhile, there will be children-themed music played throughout the day. 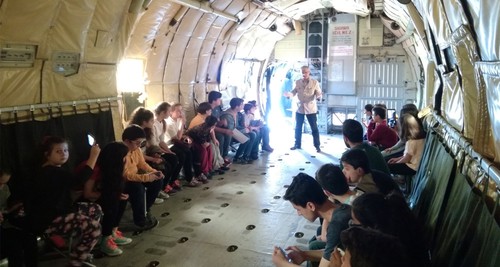 The Istanbul Aviation Museum, located in Yeşilköy, will be hosting a special day of festivities for children between on Sunday April 23, starting at 2 p.m. Just some of the activities on board will be a model-plane making workshop, there will be drone and jet plane shows, a specially guided tour of the museum, and audio and visual shows held by a marching band. Tickets cost TL 100 and are available on Biletix and include a sandwich and other offerings, including keepsake such as a special armband and a 3-D printed keychain. 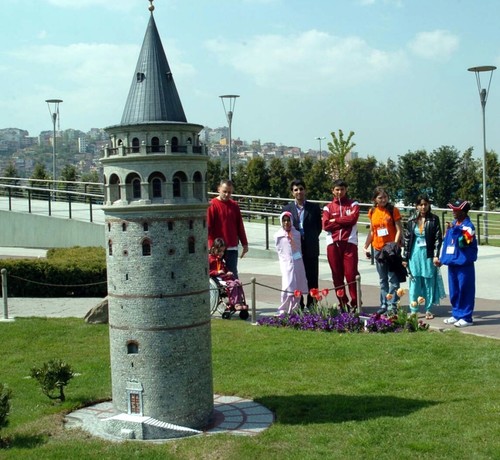 Miniatürk, Istanbul's legendary miniature park, located on the north-eastern shore of the Golden Horn, will be hosting two-days of festivities for Children's Day. On Saturday, April 22 starting at 2 p.m., there will be dance traditional folklore dance shows performed by students from Turkey as well as visiting children from countries such as Argentina, Hungary, Georgia, Macedonia and Ukraine.

On Sunday, April 23, from 10 a.m. to 5 p.m., Miniatürk will be hosting a busy program of activities such as musical, theatrical and magic performances throughout the day. There will also be a series of workshops on robotics, three-dimensional printers, woodworking, kinetic sand, cookie-baking, Ebru and t-shirt painting as well as a special archery show and tutorial. Both events are free with the entrance fee for Miniatürk.

The Bakırköy District Department of Education will be hosting a Children's Festival on Sunday, April 23 starting at 12:30 p.m. The Istanbul Metropolitan Municipality Orchestra will be performing, district schools will present a folklore dance show and visiting students from Romania will display their own traditional dances. Thousands of kites will be distributed for free and children will be taught how to use them in addition to workshops being held on magic tricks and Nasrettin Hodja stories. There will also be a traditional Karagöz-Hacivat shadow-puppet show and face painting in addition to games, publishing house stalls with children's book authors and a wide variety of food and beverages on offer for this very special day that will take place at the Yeşilköy Yacht Marina.

On Sunday, April 23, the picturesque Bebek Park, which lines the Bosphorus shore, will be the site of sea-themed celebrations of this very special Children's Day. Entrance is free for this event which will include boat tours of Bebek cove, a musical performance by Paul Dwyer and a series of special treats and gifts for children.

United Colors of Benetton at Bomontiada

On Sunday, April 23 from 1 p.m. to 2 p.m., United Colors of Benetton will be hosting a "Color Reflection Workshop", for children to learn about art as a medium for expression, to be introduced to surreal artists and to paint their auto portraits, They will also be ablt to draw their favorite La Fontaine animal and learn techniques such as finger painting and sponge printing. Admission is free but guests are requested to register prior.

Music for Peace at Zorlu Center

Zorlu Center will be hosting a very special concert by 150 children, who will be performing music by classic western composers onstage together. Ticket prices vary but start at TL 20 for students and TL 25 for general admission. The performance begins at 7 p.m. and proceeds from the tickets will be donated to the Music for Peace Foundation who works towards enabling children access to the art of music.