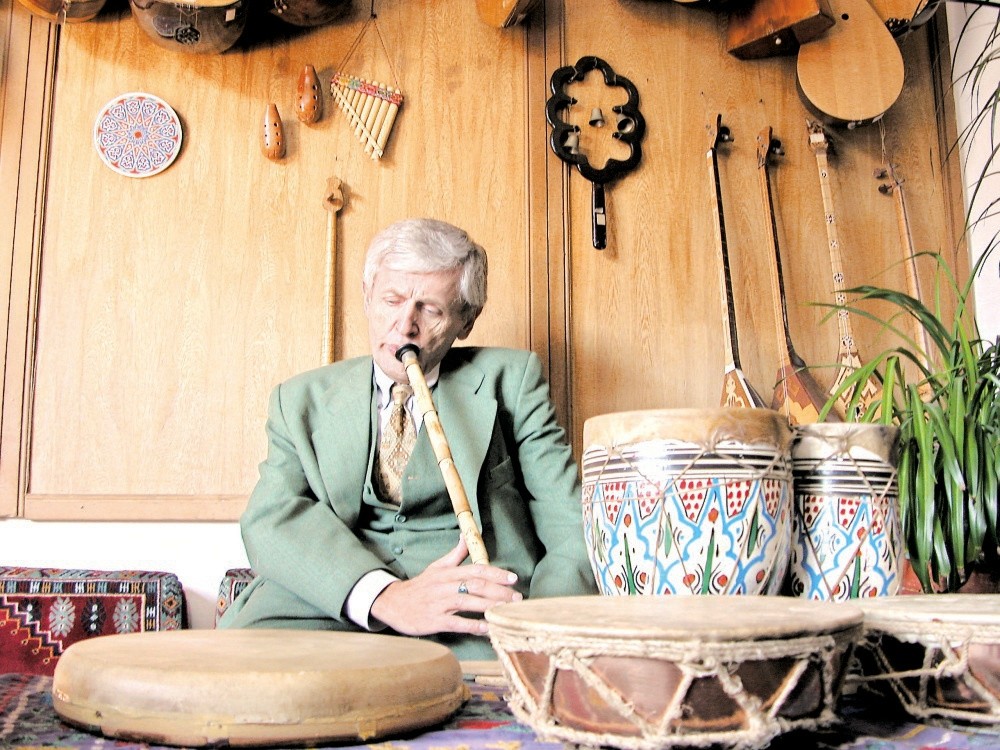 One of the most influential figures in Turkish music, Oruç Güvenç, passed away last week. To commemorate this legend, we looked back on his success and contributions to the Turkic world

In commemoration of one of the most influential figures in music from the Turkic world and music therapy as well as the founder of Tümata (The Group for the Research and Promotion of Turkish Music), Prof.Dr. Rahmi Oruç Güvenç passed away last Tuesday, leaving behind a long legacy of having revived an interest in traditional music and instruments spanning back thousands of years and into the Ottoman Empire and its music and movement therapy tradition.

Who is Rahmi Oruç Güvenç?

Born in 1948 in Kütahya, Rahmi Oruç Güvenç's experience with music is said to span back to violin lessons he took in middle school. While studying Philosophy at Istanbul University he learned to play instruments such as the ud, rebab, ney and tanbur and would go on to research Oriental music therapy tradition for his doctorate in Clinical Psychology from Cerrahpasa Faculty of Medicine, where he went on to found the Center for Research and Application of Turkish Music. He also spent time as a lecturer at the Unit for Research and Promotion of Turkish Music at the Turkic Research Institute at Marmara University.

In 1975, he founded Tümata, in short for Türk Müsikisini Araştırma ve Tanıtma Grubu, which in English translates as the Group for the Research and Promotion of Turkish Music. His research on the origins and healing qualities of Traditional Central Asian music led him to opening six centers, located in Mannheim, Berlin, Zurich, Madrid, and Rosenau-Austria, the latter of which trains music therapists.

Considered a sufi master, this music therapist, ethnomusicologist, composer and poet, and recipient of numerous international academic awards, has singlehandedly revived and perpetuated the healing properties of traditional Turkish tonalities, aka makams, which have special physical and spiritual effects, in the international sphere, He has also created his own tonality, aka makam, called Tarz-i Vefa and has also composed a saz semai and a pesrev (prelude) in this tonality.

With Tümata, he has written a book titled, "Music Therapy: Hüseyin Makam" and has published a monograph, titled "The Beloved of Allah - Hazret Mevlana". He has also recorded two albums with Tumata, namely "Ocean of Remembrance" an album of sufi improvisations and dhikhrreleased in 1995 in which choral voices are accompanied by ud, ney, rebab, saz, and bendir instruments. His second album "Rivers of One," released in 1997, was the first time a "Makam" was made available on CD. The makam played, accompanied by sounds of flowing water, is said to enhance deep calmness, improves flexibility of the limbs and stimulate clear thinking.

Oruç Guvenç's wife, Azize Andrea Güvenç, parents to two daughters, is also a music therapist, ergotherapist, author and photographer and has penned a book encompassing her husband's work, entitled "Hey Reisender!" (Hey Traveller!), in German, with a Turkish translation in the works.

Born with the mission of researching and promoting, the birth and development of Turkish music, its repertory and its richness in instruments, for decades now, Tümata has been holding a wide variety of events and classes and also has an instrument museum, all of which have led to the perpetuation and revival of this cultural heritage. 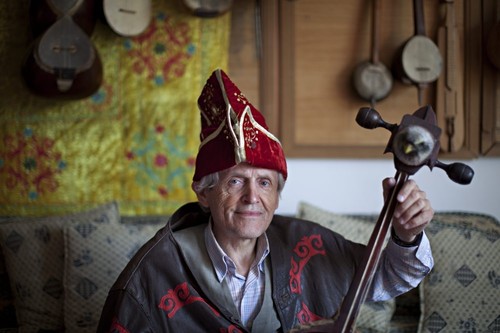 The repertories, musical performance style and types, dances, costumes and decorations as well as the social, cultural and pedagogical sources of Turkish music, spanning back 6,000 years, comprise the main focus of research and activities conducted by Tümata.

Sema, you may be familiar with as the dance-like practice of the Whirling Dervishes ergotherapy, the use of physical activity and exercise as treatment, the use of Turkish tonalities, referred to as makams and the ancient therapy dance referred to as Baksi, which stems from the Altai mountain range region, are some of their main activities as well as producing and developing instruments, and operating the instrument museum, with an archive of over three hundred musical instruments.

The world loses a legend

Last Tuesday, July 4, Oruç Güvenç passed away due to heart failure following an operation. After his passing, Turkey's Minister of Culture and Tourism Nabi Avci released the following statement of condolences: "With the meticulousness of an academic and the sensitivity of an artist, Rahmi Oruç Güvenç built a bridge between yesterday to today and has been a great service to humanity and our society. Providing a contribution to science with the traditional aspects of Turkish music, Prof. Dr. Rahmi Oruç Güvenç, also played an influential role in deepening the bonds of future generations with their roots. Playing an influential role in both areas of theory and practice of international research on music therapy and ethnomusicology, Güvenç, has signed on to a number of significant firsts both nationally and abroad."

Speaking to Emre Başaran from Tümata, I asked what this legendary figure responsible for introducing makams and classic Turkish musical traditions to so many people from all over the world, was doing in his final days, to which he said, "Recently, Oruç Güvenç was as always extremely active. He was teaching at Üsküdar University and was holding regular seminars, courses and concerts in Turkey, Germany, Switzerland, Austria and Spain. In addition he was also holding and taking part in events held in varying geographical regions such as in India, America and New Zealand. In addition, he was also on the 64th day of the continuous sema being conducted for 114 days and 114 nights in Turkey."

Held annually, one of Tümata's most popular activities is currently ongoing and is the "114 Days and 114 Nights Sema" program, which started on May 1 and will conclude until Aug. 23 and is taking place at the Rasim Mutlu Cultural Center in Yalova. People from all over world come out to take part in the ongoing continuous sema for as many days as they like, a unique opportunity not missed by many whom Oruç Güvenç has personally introduced to this style of music and healing tradition, touching many with knowledge and interest.

I asked Emre is this summer's sema program will continue, and he assured me that "Yes," adding "It is everyone's shared opinion is that the sema should be successfully completed. With God's permission," he said, "We want to finalize it the way Oruç Hoca had planned."