December events in Istanbul for and by expats 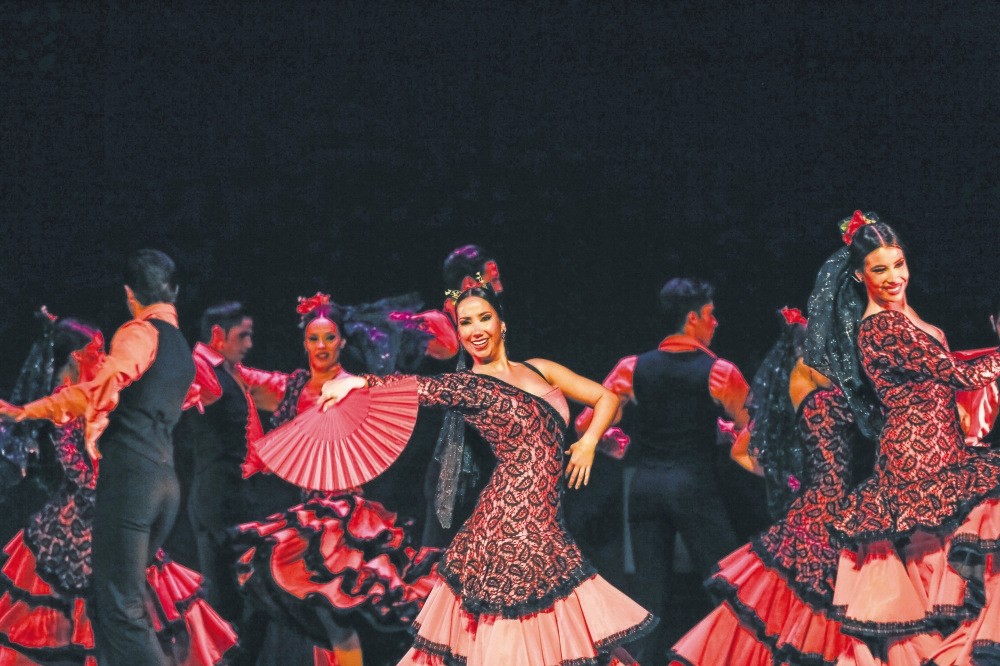 The end of the year can be a trying time for those far away from their homeland, loved ones and family. However, the active expat community in the city means that there will always be something to do and new people to meet.

The following are a list of events coming up this month to mingle in the expat scene, perform and watch others tell stories, make music, garner giggles and do good for good causes:

Dec. 5 - Spoken Word IstanbulSpoken Word Istanbul, the weekly multicultural open mic held at Arsen Lüpen on Tuesdays, is easily one of the most popular among Istanbul's expat community. It offers anyone inclined to take the stage for six minutes the opportunity to perform anything from poetry and storytelling to stand-up and singing.

The series continues this month, beginning on Tuesday, Dec. 6 at 8:30 p.m. at Arsen Lüpen, which is located on Mis Street in Beyoğlu. Make sure to arrive by 8:15 p.m. if you want to perform or you can come later to watch as a spectator - either way the event is always entertaining.

Dec. 7 - Syrian Food Fundraiser by Istanbul&IIstanbul&I are a multicultural youth community dedicated to having a social impact that host a wide variety of events to support the refugee community in Istanbul, including a Syrian Food Fundraiser which will take place on Thursday, Dec. 7 from 7:00 p.m. to 9:00 p.m. in Tophane. For a suggested donation of 20 TL ($5), enjoy a spread of home cooked Syrian fare.

Then, on Saturday, Dec. 9, Istanbul&I will host a talk entitled Understanding Islamophobia, which will be delivered by Yakoob Ahmed, a British Muslim and Ph.D. graduate in Languages and Cultures from the School of Oriental and African Studies at the University of London.

Istanbul&I also hosts weekly Turkish, Arabic and English speaking clubs, which are a great opportunity to improve your language skills.

Dec. 5 & 8 - Storytelling by Judith LibermanFrench expat and expert storyteller, Judith Malika Liberman has been gracing the stages in Turkey performing, teaching and on Tuesday, Dec. 5, talking in Turkish about the healing powers of storytelling at Akbank Sanat from 6:30 p.m. to 8 p.m.

While entrance to the lecture is free, due to limited space, guests must obtain an invitation an hour before the event kicks off from the Akbank Sanat ticket office.

On Friday, Dec. 8, you can catch this storytelling maestro in action for a very special performance that will take place at the Nazım Hikmet Cultural Center in Kadıköy from 8 p.m. to 10 p.m. with tickets available on Biletix.

Dec. 7 - Allen Hulsey's Monality at Mentha FerahfezaOn Thursday, Dec. 7, the dynamic Monality will be performing at Mentha Ferahfeza in Karaköy at 10 p.m. Hailing from New York Allen Hulsey, a rock and blues guitarist and singer-songwriter, has joined forces with electronic music producer Erdem Tunalı to produce a symbiosis of electronic dance music that combines Turkish instruments such as the bağlama, fretless guitar and kanun with synthesizers.

Entrance will be TL 30 to Mentha Ferahfeza, which also dishes up gourmet fusion fare at this terrace top restaurant, doubling as one of the town's hippest live music locales.

Dec. 8 - Match at First Sight: A Speed Dating and Networking PartyOn Friday, Dec. 8, Yabangee, the website devoted to informing of and organizing events for foreigners in Istanbul, will be joining forces with the First Sight English-language speed-dating team for a double event that will take place in a secret location and strictly by guest list only. This means that if you want to attend you must apply first to become one of the carefully selected guests by the First Sight team's dating analysts.

At 8 p.m., there will be the classic speed-dating set up, in which participants will have the opportunity to go on a series of mini-dates with a number of suitors, for an entrance fee of TL 40.

Then, at 10 p.m., the Networking Party will take place with a wider range of guests that will get the opportunity to mingle via an ice breaking game. Entrance is TL 30 or free for those also taking part in the speed-dating event.

Dec. 9 - Winter Charity Market at CreAtolyeOn Sunday, Dec. 9, Cihangir Cool for Cats, an organization led by an expat that assists the street cats of Cihangir, will be hosting a Winter Charity Market on Sunday, Dec. 9 from 11:00 a.m. to 6 p.m. at CreAtolye in Cihangir. There will be all sorts of stuff on sale from new to vintage, gifts, clothes accessories and a raffle and refreshments with all proceeds going to assist the street animals.

Dec. 9 - The Young Shaven and The Infinity ChamberOn Saturday, Dec. 9, there will be a double-bill of two expat-heavy bands taking the stage at Pendor Corner for a live music show case that will kick off at 10:30 p.m. The evening's performers at this relaxed live music venue situated on Yeşilçam Street in Beyoğlu will be the post-punk band The Young Shaven, made up of Archie Mckay on vocals, Todd Gibson on guitar, Jake Kanelos on bass and Orkun Bağatur on drums. They will be followed by New Zealand native and long-term Istanbul expat Dylan Ware and The Infinity Chamber, a metamorphic rock ensemble showcasing Dylan's enrapturing vocals and prose.Dec. 14 - Boğaziçi Comedy Club 2: English Standup Comedy NightThe Boğaziçi University Comedy Club will be hosting a second English Stand-up Comedy Night on Thursday, Dec. 14, due to the unprecedented success of last month's first edition. Come check out local and international talents, mingle with the expats that will attend and get in a good laugh while doing so. The performance will take place from 8 p.m. to 11:00 p.m. and tickets are TL 20 for general admission, however, if you are not a student at the university you must register to attend at least three days prior to the show in order to be granted entrance to the campus.

Dec. 14 & 27 - Kolektif Istanbul at Moda Sahnesi and IF Performance Hall

On Thursday, Dec. 14, Kolektif Istanbul, a musical collective started up by French expat and saxophonist Richard Laniepce and his wife Aslı Doğan, will be performing at Moda Sahnesi. Known for their grooving live performances, Kolektif Istanbul play interpretations of Anatolian and Balkan music in a fusion of jazz and funk and are one of the longest-standing musical collectives in Istanbul, having performed for over a dozen years and with four albums under their belt. Their performance at Moda Sahnesi will begin at 9:00 p.m. and entrance will be TL 40.

On Wednesday, Dec. 27, Kolektif Istanbul will also be performing at the IF Performance Hall Beşiktaş on Wednesday at 10 p.m., with doors opening at 8 p.m. Tickets are TL 33 and available on Biletix.

Dec. 21 - Spanish in a Day at the Istanbul Cervantes InstituteThe Cervantes Institute will be hosting a day of short film screenings by Spanish students from all over Turkey that will be in Spanish, with co-scriptwriter and facilitator Elisa Jiménez giving a talk on her experience of helping the students produce the films. The talk will also be held in Spanish with simultaneous Turkish translation. The film screening will take place at the Cervantes institute located on Tarlabaşı Boulevard from 7:00 p.m. to 9:00 p.m.