Move and groove: The world of dance lessons in Istanbul 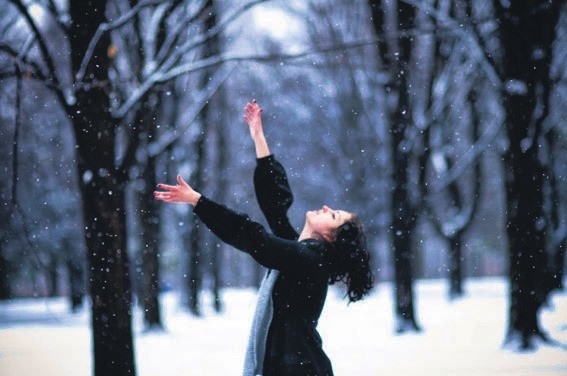 Winter does not mean that we have to stay in our pajamas and sleep under the blankets all day, because this is the season to learn how to move on the dance floor

Learning how to dance can be a wonderful way to stay in shape and meet new people. In Istanbul, there are a vast array of workshops to get you grooving and moving as you learn to master the sport-slash-art form, which you can then showcase at the numerous dance parties held throughout the city for practice.

The following are some of the best and most intriguing dance classes coming up this month:

Learn it all at Depo Dans Cafè

A refreshing entry into Cihangir a decade ago, Depo Dans Cafè has since branched out into Bakirköy and Ataşehir and offers a wide variety of dance styles ranging from social Latin, Bachata, Kizomba and Tango to hip-hop and Oriental. From their Cihangir location, they will be offering Bollywood Dance classes, starting Monday, Jan. 15 from 7:30 p.m. to 9 p.m.

The new rage, this fusion dance style, which combines traditional Indian dance styles, Oriental dance and jazz as well as others, is becoming increasingly popular as a form of exercise, including in Turkey.

Dancentrum will be offering an Indian Dance: Bollywood Beginners Level Weekend class that begins this Saturday, Jan. 13 and will be held every Saturday between 3 p.m. and 4:30 p.m. until early June. Led by Fatoş Meera Hardacre, the course will take place at their studio at The Elysium Istanbul in Harbiye (or Elmadağ). Dancentrum has been around since the millennium and holds classes in a variety of dance styles as well as martial arts.

Bet you didn't know Istanbul also has an active Balfolk community that will be meeting up Thursday evenings at Arsenlüpen, conveniently located on Mis Sokak off İstiklal Avenue in Beyoğlu, starting this Thursday, Jan. 11. Balfolk refers to a variety of folk dances and music from a number of European countries, most notably France, Belgium, the Netherlands and Germany. Balfolk Istanbul's event begins at 8 p.m. with a one-hour dance lesson followed by putting the moves to practice from 9:30 p.m. to 11 p.m. with a live musical performance by Deli Reçel.

Doun Doun offers West African dance lessons on Wednesdays that are taught by Senegali Sara Mbaye out of Levent, in a plaza located near Kanyon that are accompanied by two drummers. They also offer djembe rhythm classes on the same evening from 7 p.m. to 8 p.m., which are followed by the dance class, which takes place from 8:45 to 9:45.

Dance and music at Cep Sahne

Located in Ortaköy, Cep Sahne is a vocal, music, culture and arts center that offers a wide variety of courses ranging from darbuka, modern and street dance, breath and movement and even a professional vocal workshop, which are just some of the offerings this month in which they will also be holding a workshop on classic songs from Turkey's Yeşilçam film era.

Tap dance or acrobatics at Çadır

Çadır is a relatively newer workshop space in Kadıköy that offers a wide variety of lessons in acrobatics as well as unique classes such as unicycling, poi, hula hoop and even tap dance classes, which take place on Thursday nights for beginners. Also of note, on Wednesday evenings, Çadır hosts a "Circus" night in which juggling classes are offered for children and adults from 6:30 p.m. to 8 p.m. followed by a free juggling meet up, which takes place from 8 p.m. to 11 p.m.

Manuel Reina is a Spanish expat and flamenco dancer and teacher who you may recall from the television talk show Elin Oğlu, which aired on ATV and brought together male expats from a variety of nationalities together to discuss the trials and tribulations of living in Turkey. Manuel teaches flamenco classes from his space Etnik34 located near Istiklal in Beyoğlu and will be opening up a new class this February. You can also catch him in action tonight, Tuesday, Jan. 9, as the Manuel Reina Dance Ensemble will be performing a special "A New Year with Flamenco" performance that will begin at 9 p.m. and will be held at the Akıngüç Auditorium in Bakırköy starting at 7 p.m.

Tango, Salsa and Swing in Turkey

A lesser known truth is that Turkey actually has a highly active tango community, hosts festivals and boasts multiple schools that offer lessons; The Academie Del Tango Istanbul, Tangoist, Tangog, Tangolic and Tango Garaj to name a few. The latter, which is located in Şaşkınbakkal, will also be hosting a very special one-month Milonga Seminar that will begin on Tuesday, Jan. 16 starting at 8 p.m. and will run every Tuesday evening for the following month.

The Istanbul Lindy Hoppers and Swing Istanbul are two swing dance organizations that have been around for over a decade now and have quite literally transformed the social dancing scene in the city. The Istanbul Lindy Hoppers offer classes from three locations in Taksim, Beşiktaş and Kadıköy and hold dance parties every Sunday evening in Taksim and every Wednesday night in Kadıköy. Swing Istanbul organizes a number of daily lessons from their three venues, which are located in Galata, Kadıköy and Caddebostan as well as hold regular near-weekly dance parties.

For salsa, there a vast number of dance schools that offer a wide number of Latin dances including salsa, bachata as well as other popular dance styles such as hip-hop. Schools that stand out for being some of the most popular in Istanbul are: Dans Adres, Ve Dans, Dans Buluşma Istanbul, My Dream Dance, Dance Fabrika as well as Fabrika Dans and Dans Keyfi. Interesting fact: Dans Keyfi racked up a Guinness world record for largest bachata in 2012, which they held with nearly 200 couples at Istanbul's Atatürk Airport.

Held at the Silence Istanbul Hotel & Convention Center in Ataşehir from Feb. 2 to 4, this will be a three-day weekend marathon of workshops in a variety of social Latin dance styles and dance parties in which to practice them.

Musical performances to move to...

This Wednesday, Jan. 10, Spanish flamenco guitarist Victor Contreras aka "El Cano" will be joined by Aussie expat and vocalist Aysu Çöğür for a very special performance that will take place at Bova, which is located on Mis Sokak in Beyoğlu. The performance which is guaranteed to get you grooving will begin at 10 p.m. and entrance is TL 10 ($3).

Then, on Saturday, Jan. 13 there will be a very special reggae night by the Beton Orman Allstars called "Reggae on the Move!" which will also take place at Bova with Aysu Çöğür aka Sista-I performing.