Turkey's famed expats after TV show: Where are they now? 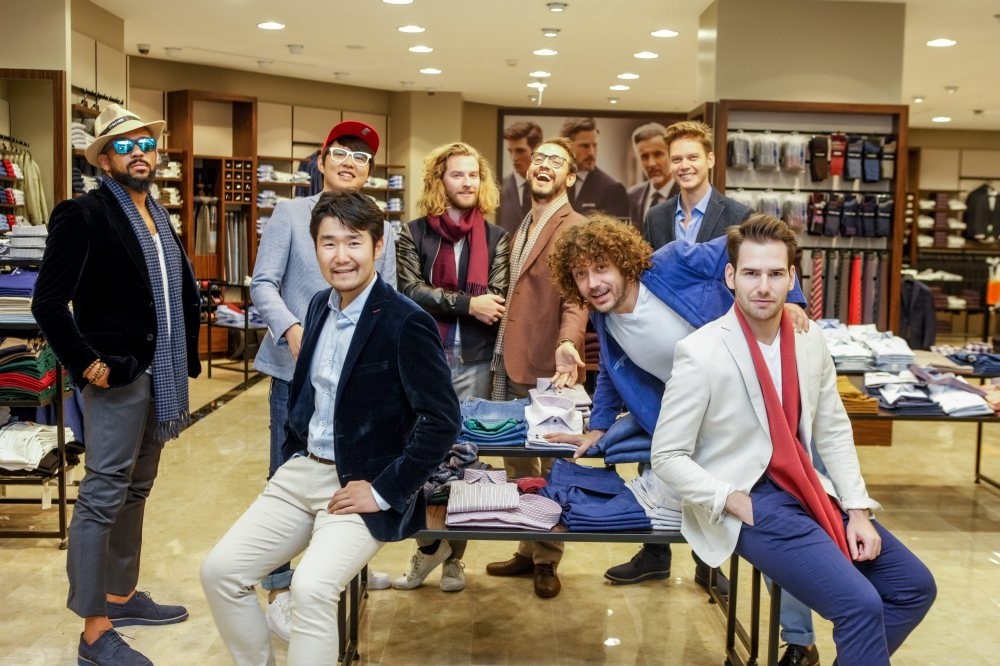 When they first appeared on TV with their broken but perfect Turkish, everybody fell in love with the group of expats from different background and now that the show is over, Turkey's famous expats have moved on

Alas, Turkey once had a talk show featuring more than a half dozen male expats from all over the world discussing the trials and tribulations of life in Turkey. While the show may be over, you can still check out many of the colorful characters that used to host it, doubling as Turkey's most famous expats, continuing to discuss life in Turkey as foreigners for their fans on their YouTube channels.

"Elin Oğlu" was an entertaining talk show on ATV that featured eight male expats alongside a couple of famous Turkish television personalities to discuss topics regarding life in Turkey in Turkish. Mirrored after the South Korean show "Non-Summit," many Saturday nights were filled with these charming and entertaining personalities that quickly became household names, comically offering up their perspectives. Though the show has since come to an end, you can still catch a number of its former hosts on other TV shows or on their YouTube channels.

Since his days on "Elin Oğlu," South Korean expat Chaby Han has quickly become a YouTube sensation in Turkey. This young film and television student from Bilgi University moved to Turkey over 10 years ago with his family and has since racked up nearly 140,000 subscribers on his YouTube channel alone. Dozens of his funny videos in Turkish have even gathered upwards of 500,000 views. In his latest episode, uploaded just this week, he was joined by expats from Kenya and the U.S. as well as a guest from Urfa to tackle how brand names are pronounced in different languages, while in another popular video he hilariously corrects twists of the Turkish language in tweets.

Perhaps the most exciting development for Han was his role in "Ayla: The Daughter of War," a film that tells the true story of a Turkish sergeant who saves a young orphan during the Korean War. You can also catch Han in the romantic comedy YouTube series "Olcak İş Diil."

Danilo Zanna, an Italian chef who moved to Turkey nearly five years ago where he fell in love with his wife, is perhaps one of the most well-known personalities from the "Elin Oğlu" crowd. After opening The Pizza Co. in Mecidiyeköy, he suddenly found fame as the go-to Italian chef in Istanbul and was already on the airwaves prior to his spell on "Elin Oğlu" and continues to be a popular television and radio personality today. 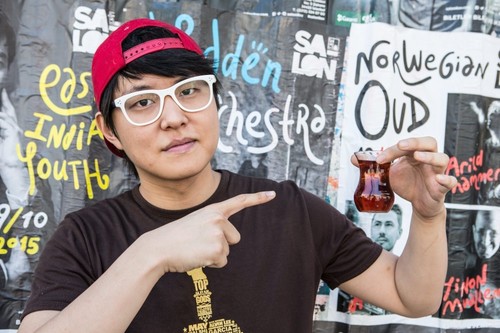 Chaby Han moved to Turkey over 10 years ago with his family and has since racked up nearly 140,000 subscribers on his YouTube channel.

Over 100 episodes of his cooking show "İtalyan İşi" have aired on Planet Mutfak and Danilo has also co-hosted "Avrupadan Anadoluya Lezzetler" with Wilco Van Herpen in which they travel to 20 different cities and towns in Anatolia to cook with locals. He has also appeared as a guest on a number of television programs such as TRT 1's "İyi Fikir" and the series "Aşk Zamanı," however it was his role in the 2016 comedy "Görümce" that captured hearts, plus he also wrote and performed a song in Italian for the soundtrack. You can also catch up with Zanna, literally, on his interactive radio show called "Ara Beni," which he hosts with famous Turkish actress and TV host Burcu Esmersoy.

Spanish flamenco dancer Manuel Reina has also become another familiar face in Turkey and performs regularly with his group Flamenco Reina as well as offers classes via his dance company Etnik34. He and his Turkish wife have been influential in popularizing the dance style since he relocated to Turkey in 2004. You can catch him on Flamenkito, his weekly radio program in Turkish on Açik Radyo. He also hosted an entertaining YouTube program with Zanna called "Manilo" in which they tackle topics, including words from Italian and Spanish that have made their way into Turkish or how they both met their Turkish wives. Manuel and his wife now also work in music videos with their production company Reina Film.

Hailing from Slovakia, model Emrach Uskovski also has a YouTube channel where he posts informative videos geared toward the younger male crowd. His latest post for example weighs the advantages of moving out on your own, but other videos tackle subjects such as men purses, how to choose a belt and male skin care. Uskovski has also played a number of small roles on the popular TV series "Kardeş Payı," "Merhamet" and "Kiraz Mevsimi."

Public relations (PR) expert Robbie Lee-Valentine also has a YouTube channel, "RLVTV," in which he has been tackling topics like the differences and similarities between Brits and Turks. While this PR expert has just recently returned to his homeland of the U.K., you can still follow his adventures as he continues to share them for his fans in Turkish.

Russian model Andrey Polyanin recently made the news because of rumors claiming that, prior to "Elin Oğlu," he supposedly became a Turkish citizen and served in the military. However, these days he is actually traveling in Thailand and recording his experiences in Turkish for his fans on his YouTube channel.

Japanese translator Masataka Kobayashi, who moved to Turkey following the 2011 earthquake in Japan and married a Turkish woman, shares the YouTube channel "Şenay & Masataka Kobayashi" with his wife, where you can tag along as he takes his wife to Japan.