Where to celebrate Mother's Day in Istanbul 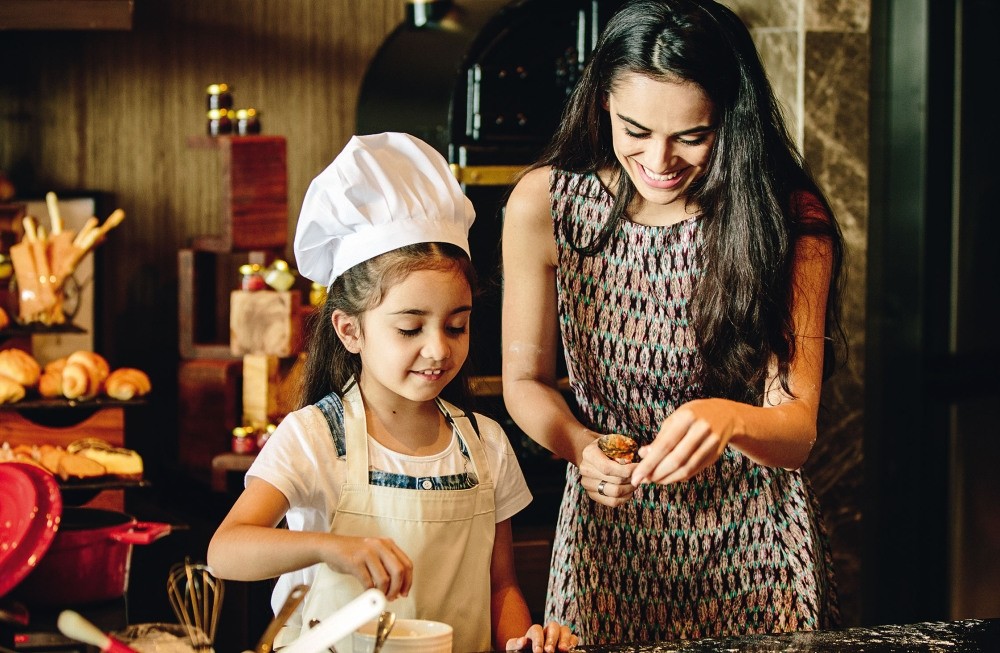 This Sunday Turkey and many other countries in the world will celebrate Mother's Day, a day designed to appreciate those who brought us into the world

Well, I have done the footwork for you to select from a number of Istanbul's most luxurious hotels to feast on with special Mother's Day breakfasts, brunches and even a high tea. On another note, I've also listed the festivals that are going on throughout the weekend for you to enjoy some of the greatest musical collectives among Istanbul's expat community.

Mövenpick Hotel, located in Levent, will be hosting a special Mothers' Day Brunch on Sunday, May 13 at AzzuR Restaurant from noon to 3:00 p.m. The brunch will have Turkish and Mediterranean breakfast classics as well as Italian specialties including homemade pastas, piping hot pizzas and even sushi!

While brunch will be accompanied by live piano music, there will also be fun activities for children such as clown and cupcake decorating classes. The cost for this lavish brunch is TL 155 ($35), however mothers dine complimentary if there are two paying adults in the party, while children aged 7 to 12 receive a 50 percent discount and children aged 6 and younger dine for free.

The Conrad Istanbul Bosphorus, which stands overlooking Beşiktaş and the greater Bosporus, will be hosting a "Fairy Tale" themed Mothers' Day breakfast on Sunday, May 13. Starting at 10 a.m., there will be a spectacular breakfast spread with separate colorful tables set up for the kids followed by a workshop on "storytelling," which will be hosted by KidsNook, a popular bookstore and storytelling space located in Akatlar. The cost to take part in the breakfast and workshop is TL 110.

Hilton Hosts a double-hitter, yoga and brunch and a high tea

A steadfast spot for traditional celebrations due to its legendary terrace with spectacular vistas of the city, the Hilton Istanbul Bosphorus located in Harbiye will be hosting two events in honor on Mother's Day; a special "Mother & Child" Yoga Session, which will take place from 11:00 a.m. to noon, followed by an open buffet Mother's Day Brunch with special gifts for the moms in the group and a "Five-O'clock Tea Service," which will take place in the Lobby Lounge from 5:00 p.m. to 8 p.m., with coffee, tea and special treats.

The cost to attend the yoga and brunch event is TL 175 per person, with children under 6 entering free and those aged 6 to 12 at a 50 percent discount, while entrance to the afternoon tea party is TL 65.

Built in the late 19th century as the first mansion made out of wood, the Sait Halim Paşa Yalısı, which straddles the Bosporus in Sarıyer is a fantastic venue that hosts Sunday brunches accompanied by jazz performances by some of the country's best musicians and vocalists.

For this Mother's Day, there will be a special brunch buffet and performance by Neşet Ruacan, Emin Fındıkoğlu and Meltem Ünel that will start at 11:00 a.m., with the band performing at 11:45 a.m. and entrance costs TL 210.

Breakfast for Mother's by Kanyon

The Kanyon Shopping Center and more accurately the restaurants in Kanyon, such as Clorophilla, Nev, Kitchenette, Big Chefs, The House Cafe, Le Pain Quotidien, Welldone, Saray Muhallebicisi, Beyaz Fırın, HUB, Passage 178 and Plus Kitchen, will be serving a special breakfast menu that is free for mothers.

Taking place from 10 a.m. to 2 p.m., Patrons are advised to make prior reservations at the restaurant of their choice.

Meanwhile, on the sidelines, all weekend long, Kanyon will also be hosting the seventh edition of their "Music is Everywhere at Kanyon" series in which a wide variety of musical acts will be taking the stage including the popular Turkish alternative group Adamlar on Friday.

On Sunday, one could easily combine an enjoyable Mother's Day breakfast with the dance workshop that will be offered by the Swing Istanbul Studio from 2 p.m. to 3:00 p.m., At 4 p.m. Flapper Swing take the stage followed by jazz music performances by Şenay Lambaoğlu and the Can Çankaya and Kağan Yıldız duo featuring Ece Göksu.

Music by the masses on Mothers' Day

If, like many an expat, you happen to be far from home this Mothers' Day, then there are also a number of ways to enjoy the weekend with musical performances by the city's leading bands that were formed by or feature members of the expat community and foreign nationals.

The spectacular Sakıp Sabancı Museum in Emirgan will be hosting a festival to we lcome spring on Saturday, May 12 making for a great opportunity to visit this historical building that dates back to the early 20th century and is situated right along the Bosporus.

The day will begin with a "Yoga at the Museum" session that will begin at 9:00 a.m. From 10 a.m. onward, there will be workshops held for children and musical performances throughout the day.

The expat heavy Uninvited Jazz Band, which plays jazz straight-up New Orleans' style, will be performing four times throughout the day. There will be a Swing Istanbul Dance workshop from 5:00 p.m. to 7:00 p.m. after which the well-known Ayhan Sicimoğlu & Latin All Stars take the stage from 7:30 p.m. to 9:00 p.m.