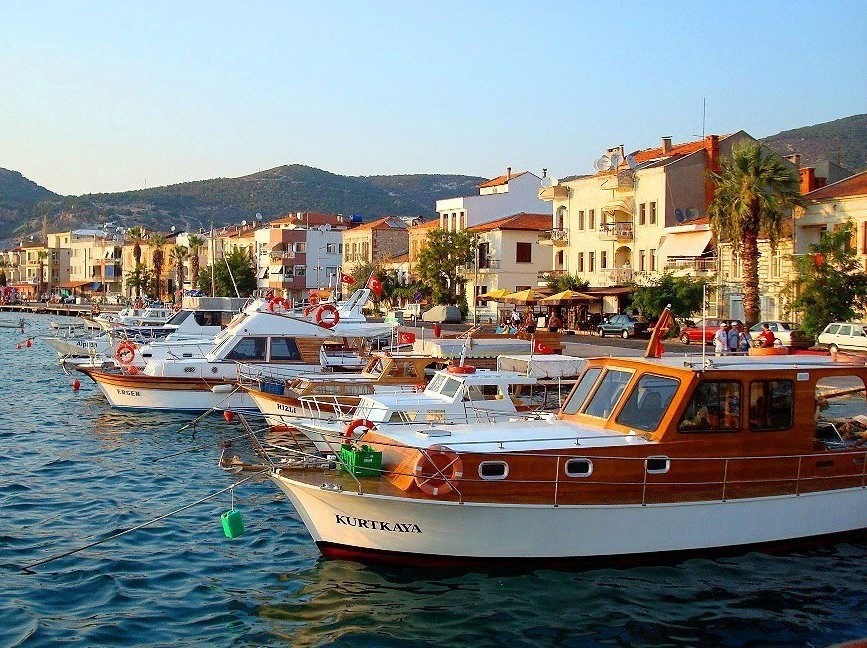 Located on the Aegean Coast in İzmir, Foça offers the perfect combination of spectacular sea vistas, history and charm

Foça, also known as Eski Foça, is a lovely seaside town on the Aegean coast, located less than 70 kilometers northwest of Izmir.

Having passed the exit to the town via the main highway dozens of times and wondering each time what lay beyond and what the difference between Eski Foça and Yeni Foça was, I finally decided to make the detour and take a holiday in Foça.

I chose Eski Foça as my destination, and thankfully so, as it is a world apart from its newer neighbor and harbors great history, beautiful homes, spectacular boats and an impressive geographical setup which allows you to walk the coastline past a medieval castle and arrive at the heart of the town. The town is V-shaped, meaning you get to witness beautiful buildings and restaurants and the bustling atmosphere from either side of the shoreline. The main activity in the evening is walking the long promenade, people-watching and feasting on fine fish dinners, truly depicting the life of a Turkish summer resort town.

Named after ancient Phocaea, which was an ancient Ionıan seafarers town located between what is now Eski and Yeni Foça and founded around 1,000 B.C., Foça is rich in history and historical significance. The very name itself refers to the critically endangered Mediterranean Monk seals, one of the most rare mammals in existence, of which only a few hundred remain in the region. The area is therefore environmentally protected and much of the architecture and structure remain intact. 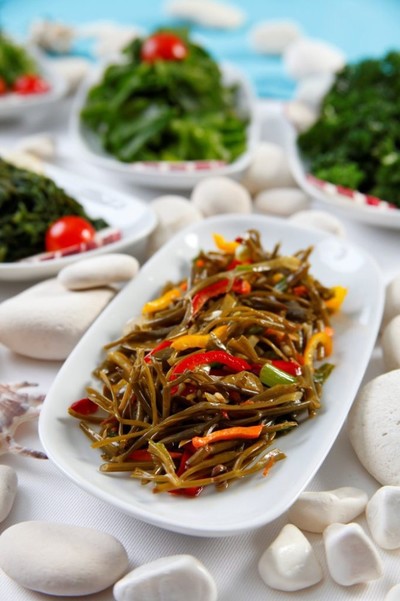 You can find the exquisite delights of the Aegean in Foça.

Foça also has six small islands that dot the shoreline making for spectacular views and great boat excursions. Two of these islands, Orak and İncir, you may also know as the Sirens' Rocks mentioned in Homer's Odyssey. According to the literature, ships would crash into these rocks due to the mesmerizing sounds of the Sirens, mythological female creatures with wings. The islands themselves consist of beautifully-shaped volcanic rocks, reminiscent of figures of seals and birds. The music they made, according to the legend, was most likely melodies derived from the winds blowing by as the area has great gusts and is therefore also a popular sailing and water sports destination. Foça also doubles as a significant Turkish military naval spot.

In fact, Foça feels like a sailor's paradise as dozens maybe even hundreds of yachts line the coast. Walking the shore in Foça is thus a true pleasure as you can daydream of sailing off in the beautiful boats dotting the seaside or envision yourself residing in one of the stately stone houses and Ottoman mansions that have a unique character, distinct to the region and its history of Greek inhabitants. A number of the impressive stone houses have since been transformed into boutique hotels, which also makes for a great way to stay in Foça and enjoy your holiday. The oldest structure in Foça itself is smack dab on the sea at the beginning of the town's center and is the Beşkapılar Fortress, which means five doors, a Byzantine fortress that was repaired by the Genoese in the 16th century and later the Ottomans and currently serves as an arts exhibition space. It is located next to the Temple of Athena an outdoor devotional space to Cybele, which also has a 5th century B.C. griffin and horse's head. A spectacular sight to incorporate into your evening stroll, which is certainly the most favored activity in Foça followed by enjoying a leisurely fish dinner overlooking the sea.

Foça also boasts six Blue Flag beaches that, although are not smack dab in the center, are close by and easily accessible. Ingiliz Burnu, which is located on the coast heading towards Yeni Foça happens to be the best spot to watch the sunset. As for Yeni Foça, admittedly there is not much to see. While ancient sites are close to this newer summer resort town, Yeni Foça has none of the characteristic charm found in Eski Foça, which is very much due to the town's picturesque setup and rich history. Yeni Foça is still great for the sea and sun and thus is an appealing destination as a holiday resort town, but I understand now that any reference to Foça, is directly related to its older town and thus Eski Foça.

Where to eat and stay

Sahil Balık Lokantası, located right in the heart of the town's walkway and coast is the most rooted and beloved fish restaurant amongst locals and visitors. Fokai, which is located on the other side of the castle is also a favorite amongst locals in the know and has a more relaxed atmosphere. I highly recommend an entirely different eating experience in Foça however, especially as an expat supporting fellow expats. Little do most know, Foça has one of the best authentic Italian restaurants in Turkey. The kitchen at Rosole Ristorante Italiano is run by an Italian chef by the name of Carmine who prepares mouth-wateringly scrumptious dishes that you would be hard pressed to find anywhere outside of Italy and somehow exists in this small but chic restaurant in Foça. I'm not talking about pizza, although they do prepare pies on the weekend, instead their menu has gems such as hand-rolled gnocchi, Catalan shrimp and stuffed breasts of veal. Admittedly not situated in the best location, the restaurant is housed in a passageway just perpendicular to the shore; however the food is a once-in-a-lifetime experience in Turkey and well deserves being the focus. Luckily, Carmine and his Rosole are open year-round.

Meanwhile, Gramofon is a great location to while away the afternoon or night enjoying specialty coffees and live music of the guitar-singer variety in a beautiful stone building overlooking the shore.

As for where to stay, Lola 38 Boutique Hotel is a higher-end but truly pleasant option. Set in a spectacularly renovated stone house, it feels like being in a pristine doll house with every detail thought out to the max. The doors open directly onto the sea or plush green grass making this hotel a true pleasure. Foça Otel 1887 is a lesser expensive but also charming option for accommodation in the center of town.

If you are seeking a more seaside resort type stay then Hanedan Resort has long been the go-to, however this year British tour operators Mark Warner have taken over Hotel Club Phokaia, which could put the resort in a league of its own especially with the sea sports specialties that come with such a stay. If you just want to stop in Foça for a swim, then I recommend Voodoo Beach Bar, a relaxing location with pristine waters and an amazing place to spend the day.