Seferihisar to celebrate mandarins and agriculture 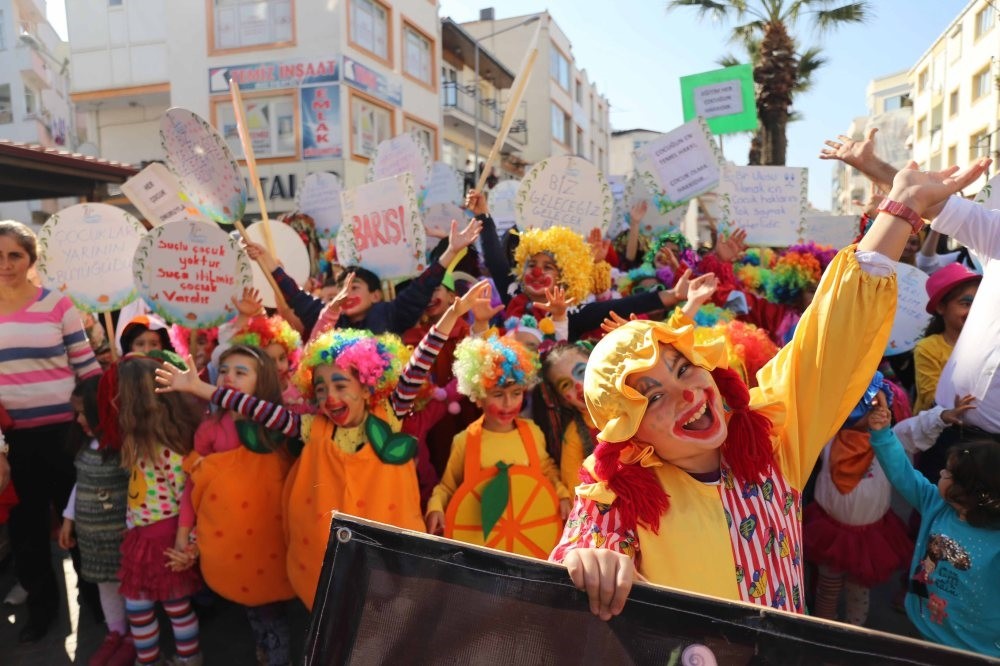 The town of Seferihisar is a lesser-known spot for visiting foreigners but a beloved area for Turks for its harbor region Sığacık and the ancient city of Teos, which will be hosting four days of festivities to celebrate the region's mandarin harvest and ‘agriculture days'

If you haven't discovered İzmir's wSeferihisar yet, you could be in for a treat this week because for four days the area will be celebrating the harvest of their Satsuma mandarins, while sharing their innovative, community-based agriculture practices.

From Nov. 15 to Nov. 18, Seferihisar will be celebrating "Tarım Günleri" ("Agricultural Days") in which their practices and products will be introduced, promoted and celebrated, with each day taking place in different areas of the region, followed by the traditional 19th "Mandalina Şenliği," a day devoted entirely to celebrating mandarins.

Seferihisar was the first Turkish town to join the Cittaslow, or slow cities, movement and has also adopted progressive agriculture incentives and policies under the slogan "Başka Bir Tarım Mümkün," which translates to "A New Way of Agriculture is Possible." These policies are centered on "opening producer markets," "establishing producer cooperatives," "transforming products from agricultural to industrial" and last but not least "protecting domestic seeds." Other projects in the works by the municipality also include landscaping, utilizing regional aromatic herbs and solar power for street lighting.

Thus, this annual celebration of the commencing of the mandarin season is being combined this year with promoting the region's products and practices. The program for the event will begin on Nov. 15, introducing innovative agricultural practices; on Nov. 16, the focus will be ancient olive oil auctions; and on Nov. 17, the festivities will take a field trip to Ulamış village and the Can Yücel Tohum Merkezi for a briefing on heritage seeds and how to use them. Then on Nov. 18, the four-day event will be capped off by the region's traditional "Mandalina Şenliği," which means "Mandarin Festivities."

The full schedule is as follows: Nov. 15 the event will commence with the opening of a cold-air storage unit followed by an exhibition of photographs of lavender and a panel entitled "Başka Bir Tarım Mümkün," in which Seferihisar's progressive practices will be discussed. On the same day, there will also be food contests for the best dishes and desserts made with mandarins as well as a competition on the "best mandarin gift design."

On Nov. 16, the festivities will head to the ancient city of Teos for an auction of olive oil produced from the "Memorial Trees" in the region, each of which are over 500 years old. One of the highlights will be a very special auction where participants can bid on olive oil produced from a 1,800-year-old tree. Last year a half-liter bottle went for a record-breaking TL 22,000 ($4,040). During the day, there will also be a tour of the olive trees in the area, which are some of the oldest in the country, as well as a demonstration on how to collect olives. There will also be a memorial tree planted in honor of the 91 lives lost in the horrendous fires in Greece in July.

On Nov. 17, "Tohum Takas Şenliği" will focus on domestic seeds and sharing information on how to plant and harvest them and will take place at the Can Yücel Tohum Merkezi. There will also be a visit to the Doğa Okulu where there will be a presentation on archaic reservoir systems as well as a trip to the village of Ulamış, where an indigenous form of wheat referred to as Topan Karakılçık was discovered and reproduced and will be utilized in a special bread making workshop on the day.

A fun fact about the village of Ulamış - last year the women of this traditional village came together and with the assistance of the Seferihisar municipality, managed to open their own theater where members of all ages from the community take part in rehearsing for and putting on theatrical productions. The region's legacy with theater in fact spans back to 300 B.C., when the region's ancient city of Teos was the site of the first theater actors union's formation. 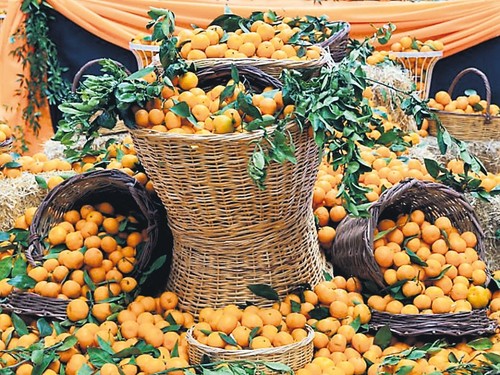 The official "Mandalina Şenliği" will take place on Nov. 18 and the day will be devoted entirely to Satsuma mandarins, which are not only considered the world's highest quality mandarin, but also Seferihisar's greatest source of revenue. This will be the 19th time that celebrations in honor of the fruit will be taking place in a tradition that spans back to 1960. During these festivities, the best producer will be given an award and a "Mandarin King and Queen" will be crowned as "the face of Seferihisar" for a year.

These festivities make for a great opportunity to discover this beloved region of Izmir that is a combination of boutique towns and village life spread across a spectacular coastline. While the town's center of Seferihisar is inland, in its entirety the municipality stretches along nearly 50 kilometers of shoreline. Its coastal region of Sığacık, once known as Teos, is spread across a picturesque harbor with the ancient city overlooking it.

While its legacy may lie in its history, which spans back to 1,000 B.C. to its founding, these days it is the local women and their culinary prowess that has gained fame, especially utilizing the region's wild herbs and greens and producing the regional creamy goat cheese Armola. The four-day festivities will provide ample opportunity to experience this and witness the extraordinary village lives of these local women and producers.