Jingle bells in Istanbul: Where to celebrate Christmas 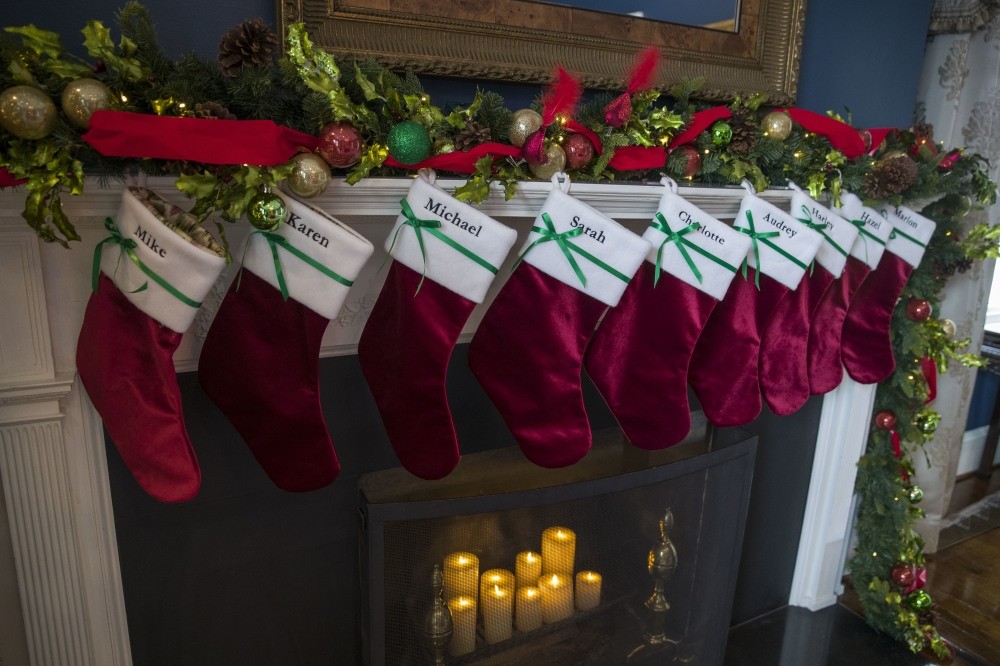 Enjoying traditional holiday meals, partying with fellow expats or partaking in a church mass are just some of the great ways to make this Christmas special

For Christian expats in Istanbul there are a number of wonderful options for celebrating Christmas, the most significant holiday for Christians, which falls on this upcoming Tuesday, Dec. 25. From a party to a pop-up dinner, lavish hotel buffets to singing carols at some of the most historical churches in the world, there are a number of options for those who want to get into the holiday spirit in Istanbul.

Yabangee, the volunteer-driven website and community for foreigners in Turkey, will be celebrating Christmas tonight, Friday, Dec. 21 with a party titled "Senorita Night: Christmas Special" taking place at Los Altos restaurant from 11 p.m. onward. Entrance is free for ladies and TL 20 ($3.85) for gentlemen and will have live DJs spinning music. Located in Beyoğlu's TomTom neighborhood, Los Altos is a popular Mexican restaurant with spectacular views of the city.

On Monday, Dec. 24, Pop-Up Dinners Istanbul will be hosting a special "Christmas Eve Pop-Up," which is certainly one of the most popular events this Christmas. Held from her home in Cihangir, Kay is a Singaporean-Dutch expat and former restaurateur, who has been serving delicious gourmet meals for a foreigner-heavy crowd in her pop-up dinner events. You can sign up on the Facebook page but act fast as spots to take part in these dinners fill up quickly. Whether you go alone or with others, you will certainly have the opportunity to meet and mingle with fellow expats while dining on a feast as there will also be carol singing and a "dirty Santa" game in which everyone buys an inexpensive gift they don't like that is then passed out in a playful manner. The menu includes tomato and chestnut soup, gravlax bonito and mackerel ceviche, roast beef, Yorkshire pudding and pigs in blankets and dessert will be a rich chocolate cake with honeycomb and traditional Christmas pudding.

The Four Seasons in Sultanahmet will also be serving a "Christmas Eve Gala Dinner" and a "Christmas Lunch" this holiday season and will be offering a 10 percent discount if you book through Pop-Up Dinners Istanbul. The dinner starts at 7 p.m. and the menu for the evening includes ravioli with lamb confit and a lamb stew as well as traditional stuffed turkey or an option for oven roasted wild sea bass. The cost is TL 225 per person and TL 112 for children between the ages of 6 to 12. The lunch menu on Christmas Day rings similar, sans the lamb but the price is TL 190 person and TL 90 for children and will be held from noon to 3 p.m.

The James Joyce Irish Pub located on Balo Street in the heart of Beyoğlu has a new head chef by the name of Mark who has transformed the venue into a gastropub through preparing delicious comfort foods and tastes from home. What was already a popular spot for the expat crowd with frequent live music played by fellow expats as well as events such as quiz nights held often, has now become the perfect trifecta with food, drinks and fun. There will be a traditional Christmas dinner prepared by Mark to be served on Christmas Day, Tuesday, Dec. 25, starting at 3 p.m. The menu includes chicken liver pate, pigs in blankets, cream of mushroom soup, a sage and onion stuffed roasted turkey with a nut roast option for vegans and homemade mince pies and salted caramel for dessert. Reservations are necessary to secure a spot.

The Hilton Istanbul Bosphorus in Harbiye will be hosting both a Christmas Eve Dinner at the Bosphorus Terrace Restaurant as well as a traditional Christmas Day Brunch. A popular venue for foreigners in Istanbul who want to enjoy a lavish brunch for the holidays among spectacular views, there will be Christmas carols playing and a special children's area with entertainment for the kids such as face painting and balloon-making by a clown. The Christmas Eve dinner will take place on Monday, Dec. 24 starting at 8 p.m. and the cost is TL 245 per person.

Referred to as "Sent Antuan" in Turkish, the Church of St. Anthony of Padua is Istanbul's largest Roman Catholic Church and most popular to frequent for holiday masses by foreigners in Istanbul as they are held in a number of different languages.

First built in 1725 by the Italian community, this impressive historical church is conveniently situated off a courtyard overlooking İstiklal Avenue. On Christmas Eve, the Church of St. Anthony of Padua will be holding a mass with Christmas carols starting at 8 p.m. and a service in English and Turkish at 9 p.m. On the day of Christmas, there will be a few masses held in different languages taking place throughout the day. Starting at 10 a.m., there will be a service in English, followed by a mass in Polish and Italian at 11:30 a.m. and a service at 7 p.m. in Turkish.

Belgian chef Carlos Le Cuistot, whose aptly named Le Cuistot Studio in Tarabya has been enrapturing fellow expats with its delicious gourmet cuisine and vast selection of delectable pastries, will be preparing a very special Christmas and New Year's Eve menu that you can enjoy at home.

There are three different menu options to select from, but to offer up some examples of what's on the menu, there will be a shrimp bisque, foie gras, turkey filet, scallop gratin, duck legs, deer goulash and even a speculoos, or short-bread biscuit, tiramisu.