Where to make friends as an expat in Istanbul 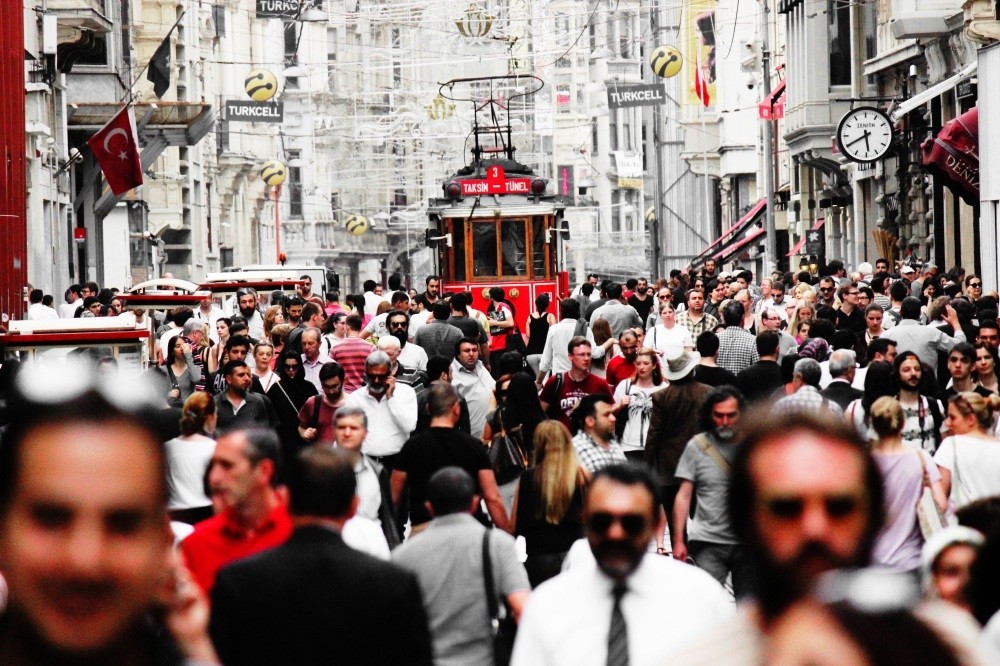 Istanbul might be a crowded city but it is sometimes hard to meet new people.
by Leyla Yvonne Ergil Jan 04, 2019 12:00 am

Whether you are a foreigner in a foreign land or simply trying to reach out to new people and social circles, there are a lot of welcoming events you can be a part of in Turkey that will get you meeting and mingling with new faces

It can be hard as a newbie in a city with no friends or confidants to share the trials and tribulations that come along with moving to foreign lands. There also comes a time where meeting new people can become more of a challenge and with language, cultural and even age barriers to wade through it can admittedly be daunting. Luckily, the Turks are not only one of the most hospitable countries in the world, but they are also spontaneous souls which means that once you actually meet a few Turks the sky could be the limit on how that friendship develops.

The thing is, the most crucial factor in any endeavor is simply "just showing up." If you can just get yourself inspired and excited about an event or activity and get out there, the truth is you will have a significantly higher rate of success in meeting people if you just show up. And luckily for us in Turkey, when you show up is for the most part lesser relevant. Whether you are late or not properly attired, just showing up and being there for certain events can be appreciated greatly in Turkey. Whether you show up for the fun stuff, such as parties or the obligatory things, such as to offer condolences, just being there can make great strides for you to become part of a community.

Turks are more open to enjoying the moment than others and so my main tip for anyone enjoying this warm culture, would be for you to just "go with the flow" and if a meeting leads to tea or other adventures then don't be surprised, because that is a lot of what living in a special culture like Turkey is about. Sometimes it is in those unexpected moments and places where you actually make the deepest connections.

Admittedly, meeting fellow foreigners in a foreign land can be even more difficult. Not only are there a lot of foreigners residing in Turkey but they are also from all over the world. With expats in various stages of relocating or repatriating, it can be trying to embark on establishing a lasting friendship just simply due to life conditions. Luckily however there is a strong expat scene in Istanbul with members constantly rallying to create opportunities for foreigners and globally-minded locals alike to connect.

The following are some of the best ways to make connections and hopefully new friends:

Get active: Doing a physical activity that you enjoy with others can be an excellent bonding experience and luckily, there are a lot of different options in Turkey. From skiing to paragliding, horseback riding to mountain climbing, Turkey's geography offers a lot of options to create an exciting adventure guaranteed to throw you in the mix with other people. However, there are also less intimidating options such as breath work at Circuit Istanbul, yoga with expat Alexis Gulliver, walking with Hiking Istanbul, pick up mixed-gender football games with ITeam and running with Hash House Harriers.

Learn to dance:Istanbul has an extensive dance community, whether it be swing, European folk dances, tango or other Latin varieties of dance, and there are regular classes, events and festivals that take place throughout the year. Istanbul Lindy Hoppers and Swing Istanbul are great dance communities for beginners wanting to socialize as they hold classes and dance parties on both side of the city weekly. Balfolk Istanbul is a community that teaches folk dances from European countries, which meets on Thursday nights at Arsen Lüpen in Taksim for lessons followed by a dance party with live music.

Take the stage: Istanbul's talented expat scene has also established a platform f or people to share their talents and enjoy others. One of the most popular stages in the city is that of the lively Spoken Word Istanbul international open mike nights that are held on Tuesdays at Arsen Lüpen in Taksim. On Jan. 8, Spoken Word Istanbul celebrates their seventh anniversary of bringing together performers from all over the world and an eager audience to watch them weekly.

Istanbul has a number of expat comedians and communities that perform regularly such as the Take Me Up the Bosphorus, StandUp Turkey and An Evening of Improv event series. Speech Bubbles is a great venue for those wanting to be involved in English-language theatrical productions such as musicals that are held as fundraisers for charities.

Attend expat events: There are a number of great organizations that hold regular events geared for the expat community. From Yabangee's monthly talk series "Expat Spotlight," which showcases half a dozen expats, who share their personal experiences centered on a variety of themes. The next edition will take place on "Fashion" on Wednesday, Jan. 23 at ATÖLYE in Bomonti. Join others for a gourmet meal at one of the popular pop-up dinners series held by Pop-Up Dinners Istanbul and Casablanca Cuisine. Take part in one of the Trivia Nights, which are held by the expat social group Yabangee monthly as well as by the James Joyce Irish Pub in Beyoğlu and by Cihangir Cool for Cats, which also goes to benefit the street animals. Networking events: Did you know that two young entrepreneurs have created an innovative social game that ensures everyone who participates gets the chance to connect with others. Pub Story has taken Turkey by storm, holding weekly events throughout the country. You simply show up to the designated venue with your phone and follow the instructions provided by an app to embark on a number of activities with everyone else playing the game. First Sight is a speed dating organization that occasionally even hosts events exclusive for English-speakers. The International Women of Istanbul hold a host of events for members. And last, but certainly not least, there is always InterNations, the world's largest expat network, which hosts regular events for members in Istanbul as well as other cities in Turkey, geared directly to ensuring the expat community connects.