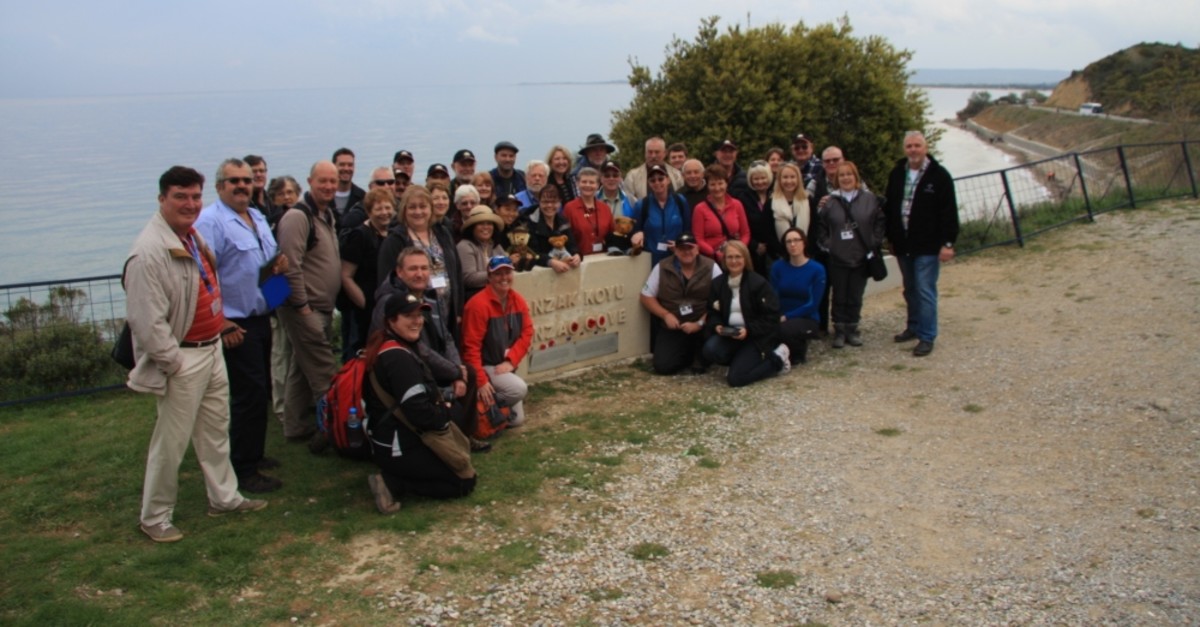 Craig Roach, aka the Gallipoli Artist, is an Australian expat who has been introducing the region to fellow expats and foreign visitors for over two decades

With the anniversary of Anzac approaching in April and the Turkish commemoration of the Çanakkale victory last week, this is the time of year, when the battle of Gallipoli and its rich historical legacy comes to mind.

Expat Craig Roach, also known as "Roachie the Gallipoli Artist" not only paints the sights but also offers historical and art-inspired tours of the famous Gallipoli peninsula. I had the opportunity to catch up with the artist, historian and tour guide as the anniversary of Anzac approaches, inspiring tens of thousands of Aussie's and Brits to come out to Turkey's Çanakkale to visit the battlegrounds.

Craig not only has a number of trips coming up for international visitors from Australia, New Zealand and the U.K. for Anzac and will also be organizing a special "Art, Wine and War Tour with the Gallipoli Artist" in May.

For Craig Roach, who was born in Melbourne, Australia, Gallipoli has always been a place of much significance. As a child, his father would take him to multiple Dawn Services and Anzac Day marches and "it was all just a part of my growing up," he tells me. It was in 1984 when Craig like many other Aussies paid a visit to Gallipoli on Anzac day, where he camped out for two weeks.

"At that time, Gallipoli lacked guides and infrastructure, so we spent our days walking through the entire battlefield of Anzac. It was from then on, in my blood."

He traveled to Turkey many times after that and in 1995 decided to make it home. Craig first opened a small cafe in Göreme, Cappadocia and eventually bought an authentic home in Avanos, which he spent many years restoring. With Turkey always serving as his base, Craig would go on to work for a British adventure travel company and took visitors all over the country and through Syria, Egypt, Morocco, India and Thailand. But, 10 years ago he decided to move back full time to Turkey, with his Turkish wife and child. Together they opened a travel agency of their own, along with mates and family he tells me. 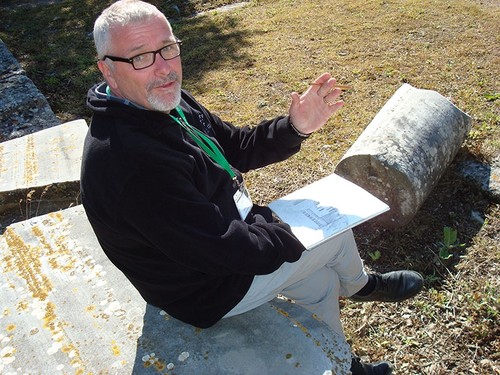 "Our agency, Experta Tours and Events is a labor of love," he said, adding that his employees are dedicated and professional. "We all gladly work together and we've been doing this thing for more than 25 years and focus on showcasing Turkey and what an amazing history we share. Nobody goes home disappointed," Craig assured. Experta serves as the local agent for many overseas companies, including the world's largest and most successful adventure travel company out of Canada and the U.K., explained Craig.

In the lead up to the 2015 centenary of Anzac, Craig was asked to be involved in the commemorations by the world's premier battlefield touring company Mat McLachlan Battlefield Tours as their Resident Historian. Still heavily involved with the company, Craig tells me, "I do the 'reckies,' the research and carry their clients to the farthest-flung parts of the peninsula. I also conduct my own independent and in-depth journeys," Craig explained, adding that their outbound branch also extends that same passion and customer satisfaction to Turks wanting to travel the world. I asked Craig if he had any trips planned for this year's Anzac Day. "Yes absolutely. Our agency will conduct 13 departures for our Canadian partner and I will accompany an Australian school group in the lead-up, then I will take 30 pilgrims to the Dawn Service and around the battlefield including Cape Helles," he said. From May 18 to 25, Craig will also be doing an "Art, Wine and War Tour" that will be a week-long relaxing and in-depth excursion of the World War I Gallipoli Battlefield, an "extraordinarily beautiful place where nature is winning the war that started in 1915," Craig added.

"We customize everyone's experience to their time and their budget and use many hotels on the peninsula," he said, adding that "some are exceptional like Eric and Özlem's Gallipoli Houses. You never know who you'll meet there, could be a famous hobbit like Sir Peter Jackson or any number of famous historians."

Spreading his time between Istanbul, Gallipoli and his favorite, which is his home in Tekirdağ, I asked Craig if there were any expat establishments that he especially frequents on his tours; he said that his favorite location The Boomerang Cafe. "It holds a prominent part of overland tour history. The owner, retired salvage diver Mesut Ercel has seen the halcyon days of the 1990s and still provides free-camping and a cold beer to travelers," said Craig. 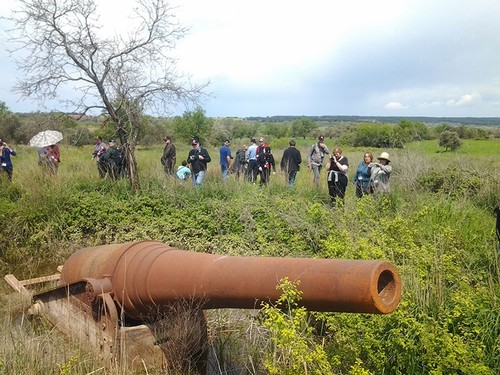 "Thing is that we all seem to forget the contribution made by the locals at Gallipoli," Craig pointed out, noting the guys at Crowded House Tours, TJ's Tours and the Boomerang Cafe in Eceabat.

"This is their legacy, their life's work. Every night the local crowd makes everybody welcome and shares their bar and table with anyone making the journey. It's good old fashioned Turkish hospitality at its best," he said.

Craig also tells me that he used to visit the sensational family hotel the Tusan in Güzelyalı, "owned and operated by my beautiful friends Enver and Cecilia. Enver has been connected to Gallipoli and Troy all of his life. When the last German archaeologist Korfmann retired from Troy he donated all of his reference material to Enver, who has since opened a free reference library in the town," said Craig, adding, "Hey, you just can't keep good people down."

Craig, aka the Gallipoli Artist, is another one of those good people that have dedicated their lives to introducing and teaching about Gallipoli. His tours have "opened the door to pursue my love and passion for Gallipoli and in particular my love of painting. I decided to create the Gallipoli Artist and tried to encourage people to come and visit the battlefield and to experience this most isolated and beautiful place of tragedy," he said.

"Gallipoli is, of course, my forte. I always believe that everyone, every Australian, Kiwi, Brit and Türk have their own Gallipoli story - whether it's some family connection, or just a thirst to learn more about our shared tragic recent history. Their story becomes a shared story and they all become part of my story," Craig shared. Craig's art has led him to being a finalist in the Gallipoli Art Prize in Sydney but what in fact drives Craig in his artwork is to achieve the Gallipoli legacy for future generations and for something his daughter can carry with her and "to highlight the futility and sacrifice of war."