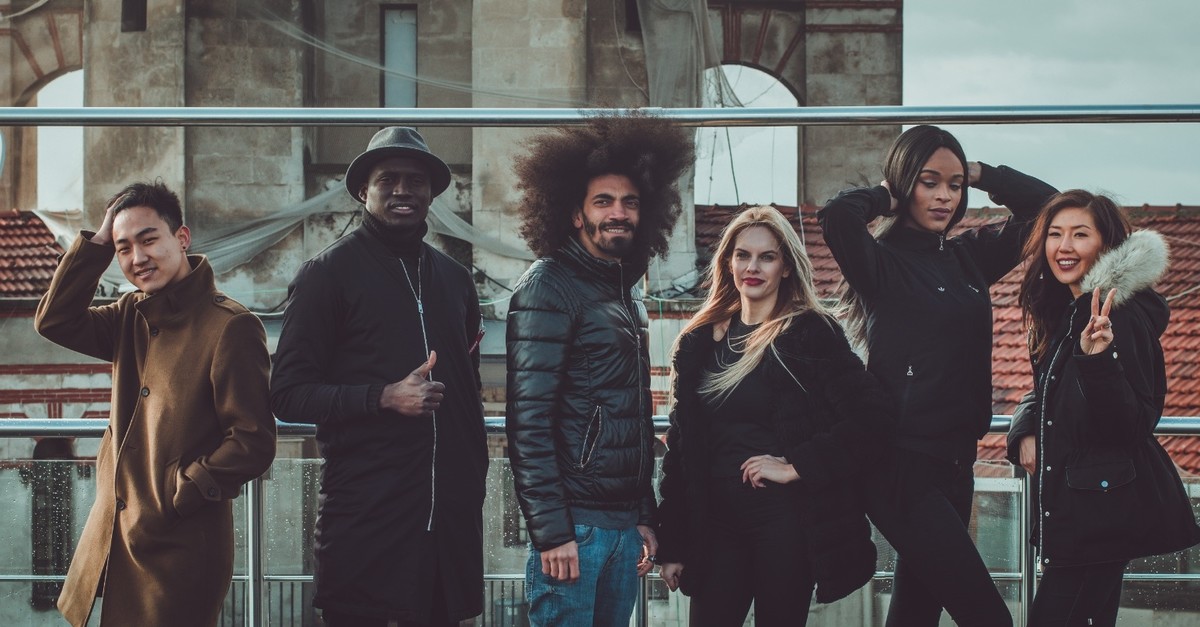 I bet you didn't know that Istanbul has its very own expat casting agency, where foreigners get to play the main role

Italian expat Giovanni Lelli has been casting foreign actors in Istanbul for hundreds of roles in Turkish and international productions from his Giovanni Ajans, dubbed "Istanbul's International Casting Agency." Certainly not limited to foreigners, Giovanni also represents Turks; however, he has become known for being the go-to agent for international productions seeking a specific look or characteristic. Nearly every day, Giovanni shares posts recruiting all types of foreigners for a wide variety of productions. In his posts, Giovanni specifies exactly what type of character is needed, the hours of work anticipated and the budget for each role.

Sometimes he offers speaking parts, sometimes just extra work and sometimes people just need to be themselves. Giovanni's agency has casted for films such as the recently released "Türk İşi Dondurma" ("Turkish Ice Cream"), where he also plays a small speaking role himself. He also recently cast a number of actors for a Netflix documentary series set to be released in October. Other high-profile jobs he has taken on include casting for the recent Coca-Cola and Garanti commercials starring the ever-popular Tarkan and the legendary musical group MFÖ, respectively. American expats may be even more familiar with his teaming up with Migros for the hilarious "Yabancılar Deniyor" YouTube series in which foreigners taste and react to traditional Turkish foods. 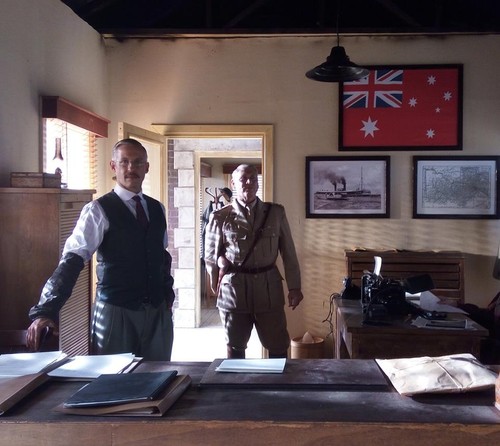 Actors casted by Giovanni on the set of "Turkish Ice Cream."

I had the opportunity to catch up with fellow expat Giovanni to find out how he blossomed into Istanbul's most in-demand casting agent for foreign actors in Turkey. Hailing from Florence, Italy, Giovanni was an avid traveler he tells me before finally settling down in Istanbul, which he did in 2013. Arriving in Turkey with just a small, wet backpack, as he had hitchhiked from Florence to the Bologna airport and got stuck in torrential rain, he tried his luck in Ankara, Antalya and Mersin, Giovanni tells me that he ended up settling in Istanbul where he began organizing Italian-Turkish language exchanges in Taksim. The language clubs quickly expanded from 10 to 20 and then up to 35 participants, half of which were Turks and half of which were foreigners.

From speaking clubs, Giovanni then moved on to host cooking events in which Istanbul residents and visiting foreigners would get the chance to cook with him in his kitchen. Then somehow, he tells me: "I found myself acting in small roles in two commercials and a television series. I had never done it before, and I didn't have any particular talent," but his Italian "look" was enough for those particular roles, he explained. "Taking part in such projects was for me mainly a way to feel less like a tourist and more as being an active part of life in Istanbul. In the meantime, my network of foreign acquaintances living in Istanbul had become fairly large and a few casting agencies asked me to help them with foreign casting," he said.

"My name started to circulate among casting directors, and I was rather surprised when the production company of an important movie called '8 Saniye' asked me to provide all of the extras for the German-looking cast for the final scenes of their project," Giovanni said, adding that it was at that time that he made the decision to open his own casting agency, which he aptly called Giovanni Ajans.

"I now have a very vast cast of people of any age and ethnicity to offer," said Giovanni, adding that while he mostly casts for commercials, he also gets the opportunity to provide actors for the occasional movie and television series, including casting for the feature film "Turkish Ice Cream." Giovanni also provided cast members for the sixth edition of the highly successful Recep İvedik comedy film series. His actors have also had roles in several successful Turkish television series such as "Hayat Şarkısı" and "Dolunay." His next step he tells me is focusing more on photo shoots for models and casting for kids.

While he is more known among producers and casting directors for his foreign talent, Giovanni also casts Turkish actors. His portfolio is also not solely limited to those who are extremely good looking and physically fit, as commercials especially, he tells me, need actors of any type and acting experience is often not necessary. Meanwhile, Giovanni's own acting career also continues, he tells me, sharing that he has been featured in movies, TV shows and a number of commercials. "I still can't call myself a professional actor, but now after having many experiences, I feel very confident in front of the camera. To be honest, though," he shares, "I am much happier when someone from my cast portfolio is selected for a project." While Giovanni's casting agency stands out for its opportunities for foreign actors in film as well as for those interested in having roles in commercials and music videos, his agency also represents Turks, and he has a database of over 1,500 potential actors. On Giovanni's website, giovanniajans.com, those interested can easily upload their photos and details, check out his talent directory and learn about what roles are currently available.