How to visit Göbeklitepe: The world's oldest temple 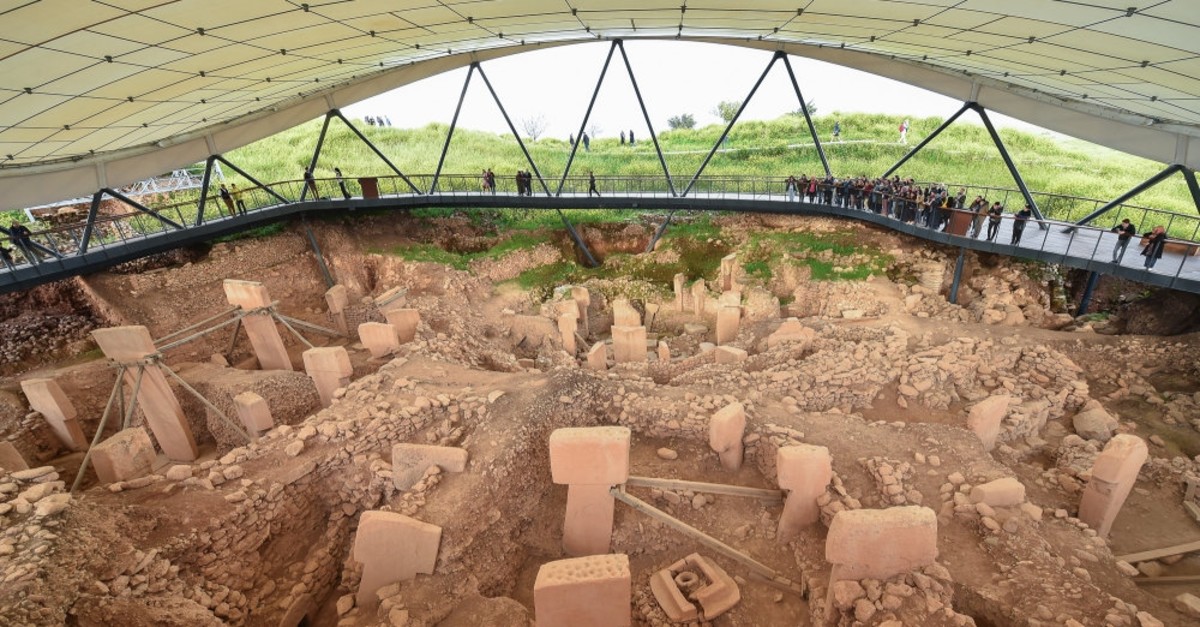 With a legacy spanning 12,000 years and as the oldest and largest known temple in history, Göbeklitepe is truly one of Turkey's and the world's archaeological marvels

Open to visitors and located just 12 kilometers from stunning Şanlıurfa, visiting Göbeklitepe should definitely be on everyone's bucket list. The year 2019 has been declared "The Year of Göbeklitepe" and in March President Recep Tayyip Erdoğan spoke at the official inauguration, which took place at the archaeological site. The spectacular ancient ruins of Göbeklitepe, recognized as the world's most ancient temple and a UNESCO World Heritage site, are surprisingly relatively new in their discovery and in becoming a must-see stop when visiting Turkey.

The ruins were first unearthed in 1995 and it was just last year that it was officially included in the UNESCO World Heritage list. With the opening last month of the site to regular visitors, coupled with a spectacular museum, there is no better time than now to visit Göbeklitepe, this site of immense historical importance.

Located in Şanlıurfa, Göbeklitepe, which translates into English as "Pot Belly Hill," is considered to be the oldest and largest known temple in history. The site, which consists of carved T-shaped mammoth columns and heavy stones, is just one example of an installation, however there are anticipated to be at least 20 more as only approximately 5 percent of the entire site has been excavated up until now. Albeit just a small portion of what will be uncovered in the future, among the findings are reliefs of animal figures such as lions, snakes and ducks that are leagues ahead of their time and reveal that humans had systemic meetings as hunters.

The carved symbols predate Sumerian hieroglyphics, thought to be the origins of writing, by around 8,000 years and the Neolithic megaliths predate Stonehenge by approximately 7,000 years, which is why this site is easily considered to be the world's first and largest place of worship. However, the question of how these huge pillars, at 40 to 60 tons each, were placed in a circular pattern during the Pre-Pottery Neolithic age, a time when such tools were not yet in existence, still remains a deep mystery.

Other mysteries surrounding the ancient ruins of Göbeklitepe include its very preservation, which was done seemingly intentionally as each site was cleaned and then buried, leaving its findings significantly intact. The floors of the site were designed to be waterproof feeding the belief that rituals involving fluids may have taken place. In addition to being the world's first temple, Göbeklitepe is also considered to be part of the first region to cultivate wheat.

Luckily, Göbeklitepe is now easily accessible for visitors and there is no better time to go and visit this exceptional site. Furthermore, its gateway, the city of Şanlıurfa, is just an added bonus to the experience. Meaning the "Prophet's City" in English, Şanlıurfa is referred to in ancient times as Edessa, and is situated around the holy lake of Balıklıgöl. This is an area of immense significance for a variety of religions as this lake is considered to be the place where Abraham was thrown into the fire by Nimrod. Referred to in Turkish as Ibrahim, this was the same prophet willing to sacrifice his son for Allah, giving significance to the Qurban Bayram, or Feast of the Sacrifice (also known as Eid al-Adha), commemorated by Muslims every year.