Traditional flavors of Ramadan in Turkey 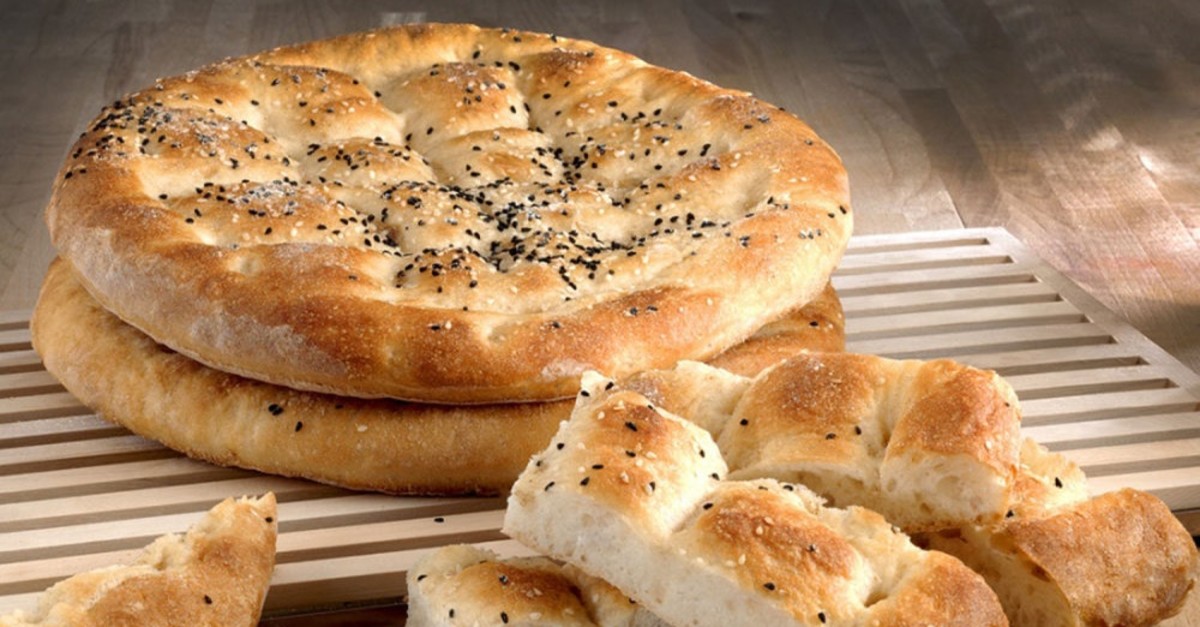 Ramadan pita is circular flat bread, with a baklava-like pattern as a crust.
by Leyla Yvonne Ergil May 28, 2019 12:04 am

Ramadan, the holiest month of the year, is a time that Muslims from all over the world wait for, and Ramadan not only comes with fasting but also unique flavors that adorn iftar tables

In Turkey and throughout the Muslim world, this is the holy month of Ramadan, a time in which observers fast from dawn to dusk. One of the five pillars of Islam, this month-long fast, which is held in the ninth month of the Islamic calendar, is a time of spiritual reflection, self-improvement and increased devotion and worship. The holy month began on May 5 this year, as the dates rotate annually, and will end on June 4 with Ramadan Bayram, which is also known as Eid al-Fitr in Arabic and a celebration of the month of fasting.

This means that this is the final week of fasting and partaking in the ritual of waking up before the crack of dawn to partake in sahur, the last meal before the daylight fasting, followed by iftar, the fast-breaking meal held after the sun sets. Understandably, both meals hold great significance during this holy month, and there are a number of culinary specialties in Turkey that take the forefront during this special time.

The beloved Ramadan pita, a painstakingly prepared circular flat bread, with a baklava-like pattern as a crust, is an absolute must for iftar dinners and is evident by the long lines that build up in front of bakeries during rush hour. Why this special bread is only prepared during the month of Ramadan and only in the afternoon remains a mystery; however, the fact that it is more expensive to prepare and much more time consuming could have a lot to do with it. Plus, waiting in line at local bakeries to pick up this high-in-demand bread piping hot out of the oven just in time for the fast-breaking meal has always been a steadfast tradition surrounding Ramadan. The dough for this pita is enriched with sugar, oil, milk and even eggs and is put through multiple rises before being baked in a wood-fired oven. It takes a special master to know the techniques of repeatedly turning the pita over as it cooks and then brushing it with "şıfa," a special mixture that gives the bread its signature golden glow, before sprinkling sesame and nigella seeds over the top.

One other indispensable ingredient on iftar tables is dates. Tradition has it that the Prophet Muhammad himself advised breaking the fast with a date and thus throughout history, this magical dried fruit enriched with nutrients has been the first food that Muslims eat after a hard day of fasting. Thus, it is important for those less familiar with the traditions surrounding Ramadan to at least know that dates are an important factor of any iftar meal.

While the "iftar sofrası," which is what the dining table of the fast-breaking meal is referred to, is famously filled with dried fruits and nuts, preserves, olives, cheeses and cold cuts as starters, this month is truly a time when Turkey's soup culinary culture shines. Traditionally in Turkey, and especially in more rural areas, many a homestead will spend the months prior to Ramadan painstakingly preparing the dried soup mixtures and hand-cut noodles to be included. Turkey's famous tarhana, the first instant soup in history, plays a prominent role as do other unique and refreshing soups that are yogurt-based and are served either hot or cold. The most well-known version of these soups is called "yayla," although each region has their own types and names, with some of the most loved being, "ibik," "yuvalama" and "oğmak."

Fruit compotes and sherbets also have a longstanding tradition that peaked during the Ottoman era. Harder to come by these days but well worth it, compotes made from fruits such as apricots, quince, black cherries, grapes, plums and pears are a refreshing addition to the iftar meal. The historical Haci Abdullah Lokantası in Beyoğlu is one of the best places to try this delight as even their shelves are lined with jars of various fruit compotes. As for sherbets, refreshing beverages made from nutritional herbs, such as tamarind, mulberry, medlar and rose – and the list goes on – are also among the specialties served during this special time. Çiya in Kadıköy focuses on regional and Ottoman cuisine and has one of the longer lists of sherbets available for tasting.

Güllaç is a dessert that is predominantly prepared during the month of Ramadan. Consisting of thin sheets of dried cornstarch, flour and water, güllaç is then soaked in milk and rose water, layered with walnuts and decorated with pomegranate seeds. Considered the precursor of baklava, the sheets used for güllaç were traditionally hand rolled in the months preceding Ramadan and then stored for use during the holy month of fasting. While famed for their baklava, Karaköy's Güllüoğlu is also known for preparing some of the best güllaç in town. While Saray Muhallebicisi, a traditional Turkish chain with dozens of branches that has stood the test of time, prepares their güllaç using water buffalo milk.

Last but not least is candy. It should come as no surprise that candy is an integral part of Ramadan Bayram, which is traditionally called Şeker Bayramı by the public as it is the custom for young children to knock on the doors of neighbors for candy. It is best to be prepared by purchasing a large bag of hard or soft candy or chocolates to distribute. Traditionally, this is also a time to visit friends and family and offering sweets to your guests is also part of the holiday.