Exploring the universe: Turkey's festivals for the cosmos 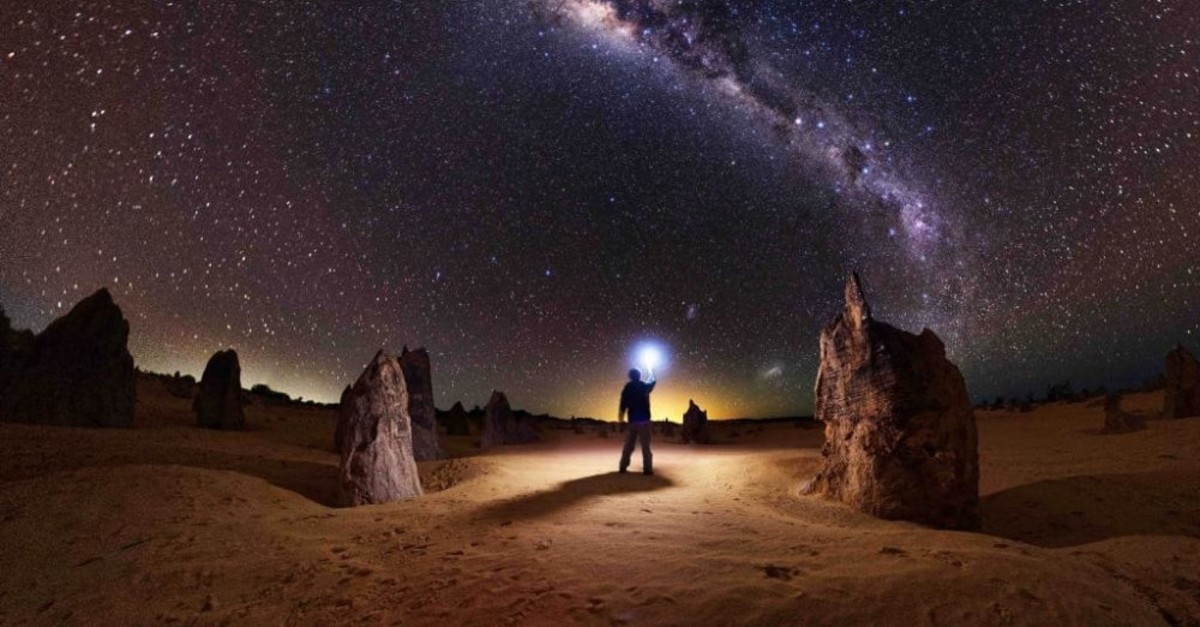 Coming up this month will be a number of popular and educational festivals held in across Turkey devoted to constellations, the solar system and space

Going into its fifth year, AstroFest Uludağ is a huge three-day festival devoted to observing the constellations and learning more about our solar system. This year's AstroFest Uludağ will take place over the weekend of July 19 to 21 and is set to be bigger than ever. There will be workshops and seminars held throughout the day and at night there will be stargazing with giant telescopes alongside experts in the field.

Organized by the Bursa Science and Technology Center, AstroFest Uludağ will take place at Uludağ Karinna Otel, a convention center and spa that doubles as a popular ski resort in winter, as Uludağ is considered the country's capital for the sport. Participation in AstroFest is all inclusive and covers accommodation, meals, workshops and observing the sky at night.

Starting in the morning and running into the evening will be multiple activities and simultaneous workshops and seminars for space lovers of all ages. Among some of the workshops offered will be on sundial, astrolabe, Galileoscope, rocket and telescope making with each one designated to a specific age group, so there is something for everyone. Meanwhile, for the more mature stargazers there will be talks given by leading astronomers and important figures from the space industry. Among some of the speakers are Syrian astronaut Muhammad Ahmet Faris, who will be sharing his experience of spending eight days in space. Lokman Kuzu, the director of the TÜBITAK Uzay Space Technologies Research Institute will also be one of the guest speakers. Other conference topics include light pollution and space technologies and the trash they create.

This day and night festival truly gets going after the sun sets, when starting at around 10 p.m., participants have the opportunity to observe the night sky with professional telescopes and to learn more about the constellations and solar system by experts, who will be on hand to answer any questions.

This festival is organized by the Bursa Science and Technology Center, which also hosts a wide variety of workshops for all ages, such as on learning about the solar system for children aged 5 to 7 and a family workshop creating a simulated home on Mars, which are just some of the workshops offered this weekend.

The Olimpos Sky and Science Festival (Olimpos Gökyüzü ve Bilim Festivalı in Turkish) will take place from July 26 to 29. Held annually for the fourth time this year, this festival has grown exponentially in popularity. This should come as no surprise as it is held in one of the most spectacular spots in Turkey. Not only is Olimpos situated along the Mediterranean in a protected area that serves as the breeding grounds for loggerhead turtles as well as ancient ruins, it is also the home of the nearby "chimera" aka Yanartaş, referred to as the "eternal flames," which is a natural phenomenon of a number of consistently burning flames atop a mountain. But let there be no mistake, this three-day festival is not in any way a holiday. This is a full-three days of learning about the solar system from experts in the field through hour-long seminars held throughout the day. There will also be a number of competitions such as an astro-knowledge quiz, propelling water rockets and for best photo, with the winners of each being awarded a telescope. While keep in mind this festival is geared more to adults than children, there will also be workshops held on the sidelines for the kids. Then, every evening starting from 9 p.m. onward, there will be constellation observation with advanced telescopes and as well as a photography workshop on capturing the constellations.

The most serious and in-demand of the bunch is undoubtedly the Scientific and Technological Research Council of Turkey's (TÜBITAK) very own National Sky Observation Festivities, in Turkish Ulusal Gökyüzü Gözlem Şenliği, which will be taking place in Saklıkent gorge in Antalya from Aug. 1 to 4. This will be the 22nd edition of these festivities, which are held annually, and attendance is high in demand. Applications to take part were accepted up until March, after which those lucky enough to win the opportunity to participate were determined with a drawing that took place on March 14. But there is always a chance to snatch a spot next year.

Those fortunate enough to attend will be pitching a tent in the spectacular gorge of Saklıkent for three days of workshops, seminars, competitions and of course, observing the sky.

Space Camp Turkey will be holding six-day Galactic Summer Camps for kids throughout the month of July and August and will be celebrating Apollo Week, starting on July 14 to learn more about Apollo 11 and the first step taken on the moon. Affiliated with the U.S. Space & Rocket Center in Alabama and located in the high-tech industrial park in the Aegean Free Zone in Gaziemir, Space Camp Turkey is one of just three of its kind in the world and offers summer programs in Turkish and in English for children to have the opportunity to learn more about space and becoming an astronaut.