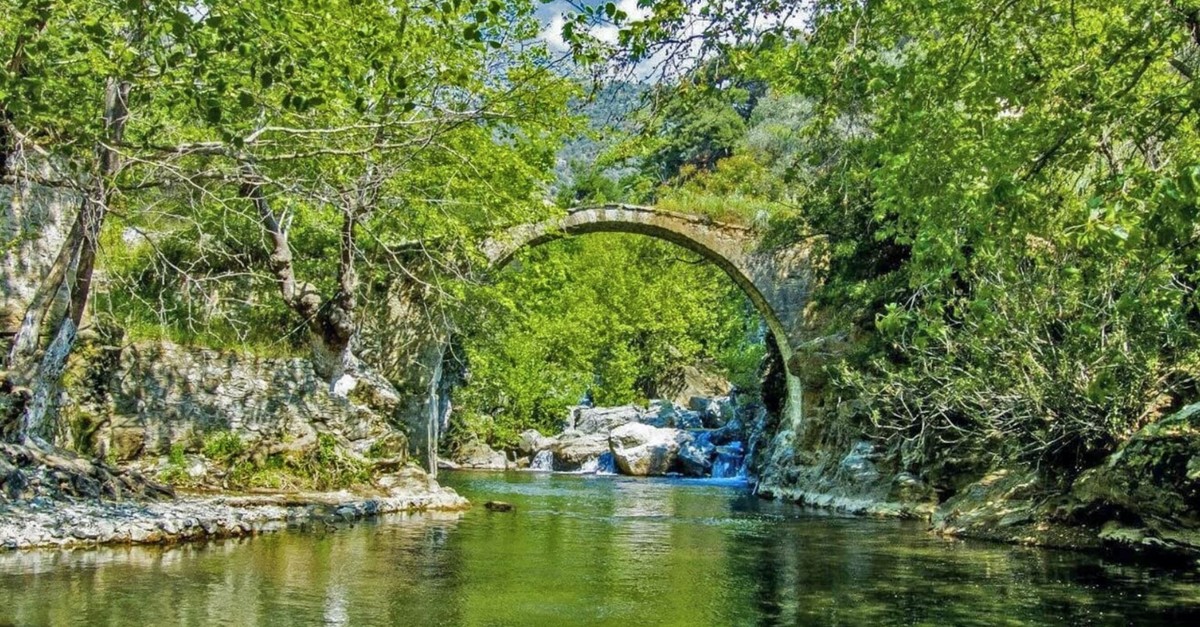 Natural wonders of Mount Ida lure hundreds of thousands of tourists to the region.
by Leyla Yvonne Ergil Jul 19, 2019 12:07 am

Known as Kaz Dağları in Turkish, the Mount Ida region, which spans the Gulf of Edremit where Çanakkale and Balıkesir meet, is a wonderful getaway to discover traditional villages and nature and to enjoy the Aegean

The magnificent Mount Ida range lies between the towns of Küçükküyü and Edremit ih the western part of Turkey, which has dozens of villages nestled on the hills that line the coast. While some remain untouched by outside visitors, others have become the home to many an Istanbulite and expat, who have transformed historical stone homes into boutique hotels or built spectacular hotels overlooking the vista. This is also a popular holiday seaside destination for accommodation in low-key bungalows or the opportunity to camp out on the beach at any of the dozens of campsites that dot the stretch of sea from Küçükkuyu to Assos. With the neighboring ancient town of Assos and the ruins of Troy lying a bit further, coupled with the thermal baths of Güre and Mount Ida National Park, the region serves as an excellent base to enjoy a holiday enriched with excursions into history, nature and tradition.

Yeşilyurt, which lies to the west of Mount Ida is the most well-known and established of the hilltop villages in the region and served as the setting for a popular Turkish television series by the name of "Karadağlar." The stunning views and cobblestone streets, however, are almost all that remain of this village, which now hosts the most fancy and chic boutique hotels in the region. Manici Kasrı and Çetmihan are two spectacular hotels with cafes that also cater to day guests. Both hotels are wonders of interior design with bold, beautiful colors and details such as koi ponds hidden within. İda Taş Konak is by far the most comfortable, and chic, and equipped with a dazzling spa, it rivals the well-known business hotel chains in the city. Heading east is Adatepe, a village famed for housing the Zeus Altar in the forested entrance to the village with spectacular views of the sea. In fact, it is believed this is the ancient Gargaris hill from which the mythological Gods Hera and Zeus witnessed the Trojan War. While the architecture in this village is strictly protected to retain its historical characteristics, there are still a number of these former stone homes that have been converted into boutique hotels, cafes and educational centers such as Adatepe Taş Mektep. From art classes for children to literature seminars for adults, the Adatepe Taş Mektep has a full schedule of workshops offered throughout the summer. Compared to Yeşilyurt, the boutique hotels in Adatepe are smaller and more laid back, offering an authentic vibe of the once-traditional village. Some of the best are İda Blue, Hunnap Han, Zeus Han and Adatepe Butik Hotel. 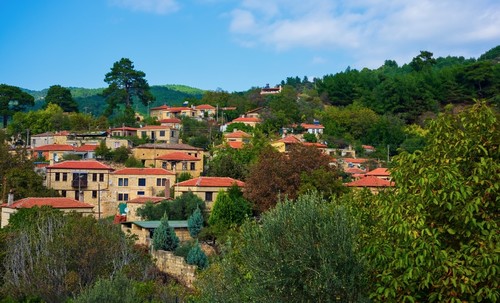 Nusratlı village lies on the foothills of Mount Ida.

Çamlıbel is a hilltop village that sits above Altınoluk, which is directly between Edremit and Küçükküyü, right in the middle of the mountain range. Serving as more of a traditional village, there are only a handful of accommodation choices here; however, the Zeytinbağı Hotel - with its comfortable rooms, vista-view terraces and gourmet meals is in a league of its own. A more reasonable accommodation option is Albatross Dağ Evleri, which has basic bungalows that still boast the amazing views. The proximity of Çamlıbel to the Mount Ida National Park and the neighboring thermal region of Güre makes this an excellent base to discover the region.

Güre is famed for its thermal springs, and there are half a dozen huge hotels capitalizing on that. Serving as an option for accommodation, they also offer day facilities in which you can book a tub with thermal springs flowing, enjoying it in privacy. Keep in mind that similar to neighboring Küçükküyü, Altınoluk and Akçay, all of which are popular summer holiday towns, facilities will be crowded with those who come to enjoy the sea and sun rather than seeking a respite in nature.

If what you want is to hide away in the woods, swim in forest pools and enjoy yoga and other mindfulness practices, then staying in a bungalow at Hızır Camp in Zeytinli, which offers workshops and retreats throughout the summer, may be your best bet. For some, it has become a spot of pilgrimage as they seek the relaxing environment of being on Mount Ida with other like-minded souls.

Mount Ida National Park, in Turkish Kazdağı Milli Parkı, is a national park devoted to protecting and introducing the vast endemic species of fauna and flora of the region. To best do so, there is a requirement that entrants are accompanied by a guide, which is an important point for those wanting to visit. There are English-speaking guides available; however, it is best to prebook them. While facilities are scarce, once in the park, there is the opportunity to camp out in your own tent. The entrance to the park is from Zeytinli, where there is a visitors' center that also screens informative films on the national park.

Don't miss the neighboring Tahtakuşlar Ethnographic Museum. This museum houses a wide variety of traditional tools, clothing, jewelry and information on the nomadic lifestyle that was once prevalent in the region.