News from the western front: What's up in Bodrum 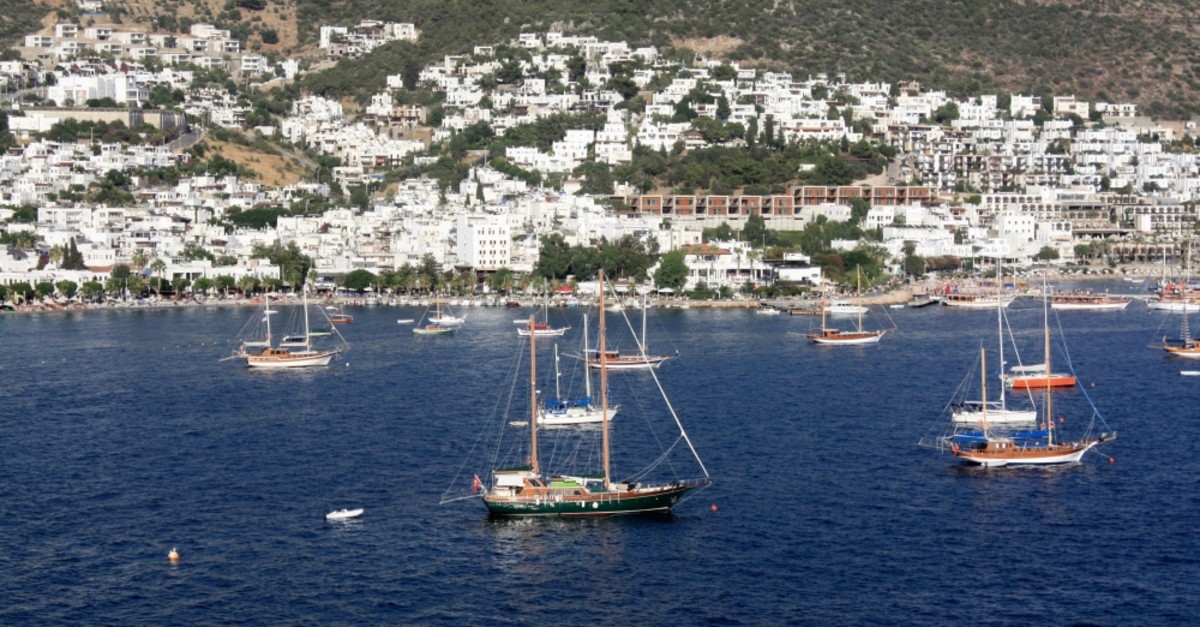 Bodrum, also known as the ,Turkish Riviera,, is one of the trendiest destinations for summer holidays.
by Leyla Yvonne Ergil Jul 23, 2019 12:21 am

With summer's arrival, Turkey's southern town of Bodrum welcomes hundreds of thousands of newcomers every week and this little town always has something new to offer

Regularly referred to as the "Turkish Riviera," Bodrum is hands down Turkey's most popular holiday spot and is a favorite destination amongst foreigners who make Turkey their second home. Due to this popularity, Bodrum continues to grow exponentially allowing for more facilities, amenities, residences and restaurants, and there are a lot of new developments, openings and activities going on this summer. So, let this guide help you navigate through what's new in Bodrum.

Health is in good hands

The biggest news this past week in Bodrum was the official opening of the American Hospital, which has taken over from the former private hospital in Bodrum. After hefty renovation work revealed artifacts from the late Roman era, which are now on display, the hospital is being referred to as a "museum hospital." On the topic of museums, the other good news this summer was the reopening of the Bodrum Underwater Archeology Museum in May after two years of renovations.

Perhaps the biggest news in Bodrum this summer is the opening of the legendary Buddha-Bar chain in Bitez. Based in Paris with branches in destinations such as London, Monte Carlo and Mykonos to name a few, Buddha-Bar has come to Bodrum this summer and is housed at the Caresse Resort & Spa in Bitez. They have brought the beautiful decorations, Asian fusion menu and of course their signature electronic lounge music they are famed for to this exclusive hotel beach club, which doubles as a concert venue for performances such as this Saturday's Kenan Doğulu concert. Entrance to the beach club is expectedly pricey at a fee of TL 450 per person to lounge from 11 a.m. to 6 p.m. The upside to the fee is that you are allowed to spend it on food and drinks, while the downside is that dinner does not fit into the equation.

Root Bodrum is a new beach club that opened this summer in Yalıkavak's Tilkicik Koyu by the Circle Group, who also boast a number of popular venues in Istanbul including the restaurant Mitte and Sub Karaköy Hotel. Super stylish with an infinity pool and comfortable lounging by a spectacular private beach, Root Bodrum aims to bring the spirit of summer hotspots Ibiza and Tulum to Turkey. A relaxing beach club by day with international DJ performances turning up the volume as the day goes on and transforming into a full-blown beach party at night, Root Bodrum also has a fitness center and spa, a menu with Bali and Indonesian cuisine and their ArtHouse, opening July 27 that will have exhibitions running for the remainder of the summer. Entrance is TL 150 per person, which you can spend entirely on food and drinks.

In food news, hands down the most exciting development involves the arrival of two great pizza restaurants. The amazing Arka Pizzeria, which blossomed in Bodrum's center, has now opened a second location in Yalıkavak right along the shore. Beware however, as the news has spread and tables are booked well in advance on weekend evenings. Pizza Locale, which is a divine casual take out and dining pizza chain that started in Alaçatı and has since opened dozens of branches all over the western coast and in cities all over Turkey and even in Baku Azerbaijan, opened this season in the central Konacık area.

A surprising new addition to the wonderful breakfast culture in Bodrum is Bozukbağ, which opened this season in Gölköy. This rustic-chic breakfast place differs in that it was opened by the Jupiter Group who are also behind the popular dining and nightlife venues such as Hazine and People as well as Nezih charcuterie. Certainly the most in breakfast place this summer with a price tag to match that title, Bozukbağ is set on a farm of 12,000 acres with a wide variety of animals such as ducks, peacocks and roosters and an organic garden, making it a great place to while away the day with kids. Breakfast is served from 7 a.m. to 7 p.m. and costs around TL 80 and they also have valet service.

Aman da Bravo is a popular chef restaurant in Istanbul's Reşitpaşa, which has gone on hiatus for the summer only to open up in the Boho Hotel in Yalıkavak. Known for creating healthy international fusion comfort food classics, Aman da Bravo is offering two separate menus for day and night and dining in the venue, which has a spectacular sunset view is already high in demand. The Bodrum Edition Hotel has teamed up with GabFoods, Turkey's first gluten-free restaurant, opened by Spanish expat Gabriela Palatchi in Arnavutköy, to offer a gluten-free brunch on Saturdays this summer. Good news for the young ones, this week Le Petit 100, dubbed the daycare to the stars, opened up in Nef Yalıkavak. This children's workshop and activity center located in Istanbul's exclusive Arnavutköy, has come to Bodrum to offer a variety of programs for vacationing kids.