The Bodrum beat: What's up down south 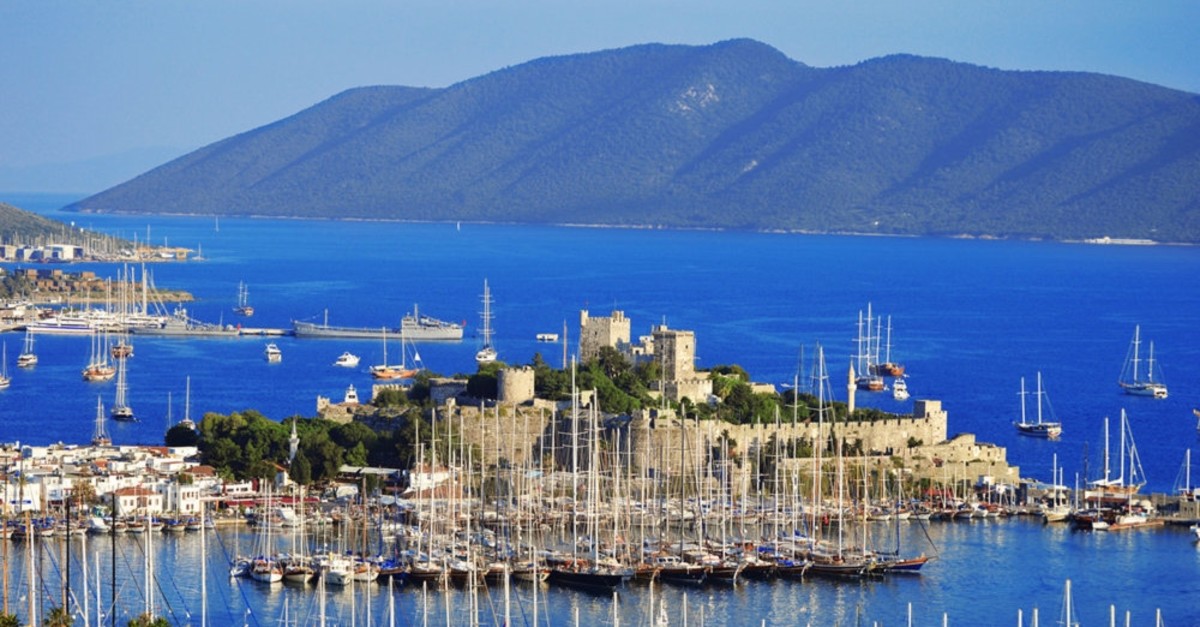 Summer is not over yet and Turkey's most famous resort town, Bodrum, still has more to offer guests and locals

Regularly referred to as the "Turkish Riviera," Bodrum is undoubtedly Turkey's most popular vacation destination and it is also a major hub for expats living down south. While the holiday may have come and gone, there is still a lot going on in this peninsula, which houses dozens of different regions all catering to different qualities and characteristics, each beautiful in their own right. The weeks to follow leading into fall, may in fact be the best time to be in Bodrum, especially with the number of great festivals and entertaining events coming up this month.

The two biggest festivals to take place in Bodrum annually are the International Bodrum Ballet Festival and the Bodrum Music Festival, which are currently in full swing. The final performance in the ballet festival will be Giselle this Wednesday, Aug. 21 at Bodrum Castle, while the Bodrum Music Festival will run until Aug. 25 and has a wide range of performances on the roster in various venues throughout Bodrum. Meanwhile, Turkey's most famous performers such as Ajda Pekkan, on Aug. 27, will be performing throughout the month in the historical Bodrum Amphitheater, which truly is an experience and atmosphere not to be missed.

One of the lesser known festivals coming up this month is the Bodrum Jazz Festival, which will take place between Sept. 1 and 9 at various venues throughout Bodrum. This year's theme is "Saz and Jazz: Jazz with an Ethnic Touch" and some of the highlight performances include Ayhan Sicimoğlu & Latin All Stars and Burhan Öcal's Jazz Dream, both of which will be held at the Bodrum Castle. Other venues include the Bodrum Edition Hotel, Dibekli Han and Off Gümüşlük, the latter of which will also be hosting the Dimitri Vassilakis Quartet on Sept. 2 in celebration of the festival being a sister festival to the International Rhodes Jazz Festival. Turkey's beloved television personality and musician Ayhan Sicimoğlu will also be playing a reciprocal concert in Rhodes on Aug. 28.

Learn from the masters at Bodrum's jazz camp

The Gümüşlük Classical Music Festival is also in high gear and is spectacular. Started by an expat and held in five different unique venues, including in an ancient quarry and on the beach, and two new additions; Dibekli Han and Aktur, there will be unique performances by musicians from all over the world, with masterclasses held on the sidelines. The Gümüşlük Classical Music Festival headquarters will also serve as the spot for Bodrum's jazz "camp" in Gümüşlük, "Caz Kampı," a now annual event that will be taking place for the third time this year from Aug. 27 to Aug. 31 and offers the opportunity for participating musicians to take part in workshops and to perform alongside Turkey's most renowned jazz musicians.

In addition to honorary guest performers such as Ricky Ford, a legendary saxophonist from the U.S. and Erkan Oğur, considered to be the pioneer of fretless guitars, this five-day workshop series will also have jazz vocalists such as Sibel Köse and Ece Göksu, trumpeteer İmer Demirer and guitarist Neşet Ruacan leading workshops on theory, ensemble and composition. Then, on the closing night, participants will have the opportunity to perform alongside the masters on stage at Stella Jazz Club, one of the newer additions offering an alternative to Bodrum's nightlife as it is located in the central yet less populated Yalı area.

Pecha Kucha Night is an event series that brings together creative professionals to anetwork, learn about each other's professions and just have a great time. Started in 2003 in Tokyo, which is where the event was given the name "Pecha Kucha," meaning "chit chat" in Japanese, "Pecha Kucha Night" is now held in over 1,000 cities worldwide and comes to Bodrum on Friday, Aug. 23 at Mi'Terrace, located in the Midtown Shopping Center. The event starts at 8 p.m. with presentations from various participants who will share their personal stories and professions, with the popular indie group Club Bangkok transforming the evening into a dance party after 11 p.m.

Sailing and sup festival and fun

Dubbed the most fun sea festival to come to Turkey, "Cup'ışalım mı?" will be taking place at the D-Marin in Turgutreis from Sept. 6 to Sept. 8 and will have amateur sailors and stand up paddlers testing their skills in a friendly competition atmosphere with parties taking place at both the start and finish of the festival. The festival starts on Sep. 6 with an opening party and musical performance at the D-Marin in Turgutreis. On the morning of Saturday, Aug. 7, there will be a stand up paddle race being organizing by Haute boards. Turkey's first long-distance SUP race will have paddlers starting off in Gümüşlük and paddling the 5-6 miles to the D-Marin in Turgutreis. Meanwhile, during the day on Saturday and Sunday, amateur sailors will be racing out of the D-Marin and there will be happy hour with a raffle on Saturday and a farewell party on Sunday.