Expats aboard: A fund-raising boat party along the Bosporus 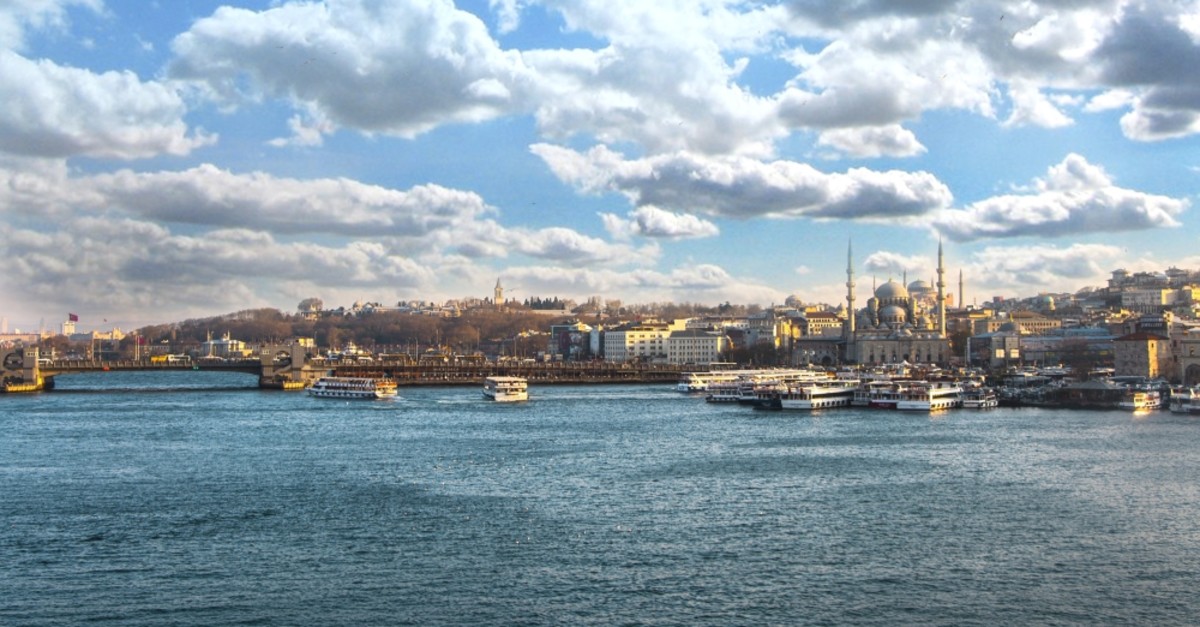 Istanbulite expat Lars Larsson is the brain and muscles behind ,Boat Party Fundraiser,, which aims to have a fun day on the sea while raising money for a good cause.
by Leyla Yvonne Ergil Sep 06, 2019 12:18 am

Taking a chartered boat ride along the Bosporus for a day and swimming in the sea, seeing the stunning seaside villas, the cityscape of high rises and the spectacular silhouette of historical Sultanahmet has always been one of the ultimate ways to discover the beauty of Istanbul. For years now, every summer, members of the expat community have been getting together every month or so to rent a boat that cruises along the Bosporus and the Princes' Islands for a fun day of mingling, swimming and sightseeing. Not only is this a wonderful opportunity to enjoy the sun and sea, but the proceeds from these expat-organized boat parties are donated to charities, which means you can actually do some good for the world while also having lots of fun.

BOAT RIDE FOR A GOOD CAUSE

As for the specifics: "The Last Boat Party Fundraiser," as the event is aptly titled, will be taking place next Saturday, Sept. 14. Guests will meet up outside of Caribou Coffee in Karaköy at noon, which is where the boat takes off and disembarks from at 6 p.m. Depending on the day's weather conditions, the boat heads to either the direction of the Black Sea and the surroundings of the Yavuz Sultan Selim Bridge, which is the third bridge crossing the Bosporus, or to the Marmara Sea and the Princes' Islands, usually dropping anchor just outside of Burgazada. Swimming is certainly one of the highlights and there will also be a collection of comfortable floating devices, for people to be able to converse and hang out, while drifting on the sea surface. Participants are asked to bring their own food and beverages and the cost to take part is TL 100. The boat has a capacity of 55 people and spots fill up quickly with guests from all over the world. 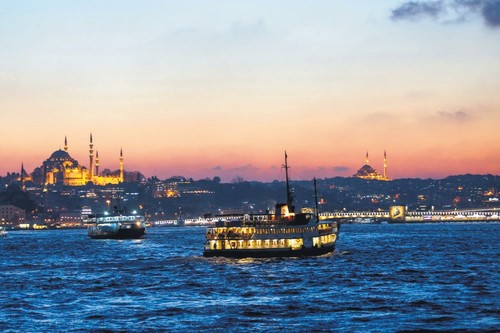 I had the opportunity to catch up with the charismatic Master of Ceremonies, Lars Larsson, the man behind the organization who also donates the proceeds from these events to selected charities. Lars is a half-Swedish and quarter British and Turkish Cypriot expat, who moved to Istanbul in 2006 to teach English and to learn more about his Turkish family and heritage. It is no surprise saying his nationality is a handful, because through these boat parties, he singlehandedly brings together people from different countries spanning the globe. Attending the last boat party event alone, were guests from Turkey, Lebanon, Iran, Palestine, U.S., U.K., Greece, Ireland, Iraq, Syria, Sweden, Belgium, Canada, Egypt, Australia, Colombia and Germany. "We have everything from a Jewish country music accordion player to a professional rapper from Gaza... and everything in between," Lars tells me.

Lars himself married his Turkish wife last summer and is settled in the Galatasaray district of Beyoğlu and thankfully appears to be in Istanbul for the long haul, hosting these occasional and popular parties that also raise funds for charitable causes. So far this summer alone, Lars' three previous boat parties have managed to raise a total of TL 8,500, which he distributes among four different charities: Mor Çatı, a shelter for victims of domestic violence, Hayata Sarıl Lokantası, a restaurant by day that dishes up free food to the homeless by night, Istanbul&I, a foreign-run youth community center for the disadvantaged and Small Projects Istanbul, which also works with those less fortunate in Fatih.

As for how it all started, Lars told me that the idea was first spurned when he was volunteering himself, mainly teaching English, at a number of charities in the city when one of the managers asked him if he had any ideas for a fund-raising event that could raise donations and awareness. That's when Lars realized that he could use his skills at organizing boat parties, which he was already doing among friends, but this time if he did it right he could maybe even pull in some funds that could benefit charities. The first fundraising boat party set sail in summer of 2016 with a boat full of 50 people, including representatives from three beneficiary charities and managed to raise TL 2,000. Since then, they have become a regular thing, held every month or so in the summers, with three having taken place already and the "season finale" boat party being held next Saturday.

"One of the things I love about living in Istanbul is the water and it has long been a tradition among my friends to hire a boat in the summers, split the cost between us and spend six hours drifting up the Bosporus or heading to the Princes' Islands, where we drop anchor for four hours before heading home," Lars said, adding, "It's a great get-together with local Turks and long- and short-term expats residing in both the European and Asian sides of the city and from different backgrounds and professions to meet up and share some good times." Lars also gives a mentioned to Heather Anderson, a former Istanbul expat who he says pioneered the boat renting idea among his friends and also left behind a huge collection of inflatable animals and dinghies as well as flippers and other boat-party type accessories. "This ceremonial passing of the boat baton meant it was now my job to keep the tradition going... a burden that I carry with the greatest of responsibility," Lars says with true sincerity. Lucky for us he is committed and plans to continue the series in 2020 and to beat the previous years' records of funds donated.

I asked Lars what people should bring along when boarding the boat and he said that while participants are asked to bring their own food and drink they should keep in mind that due to regulations, there will not be a grill, so the snacks brought should be limited to sandwiches and picnic-type dishes. He also said he always reminds people to bring water and beverages of their choice and of course swimming gear, sunscreen and TL 100 per person, approximately 60% of which is profit, once the boat rental costs are deducted, that is donated to fundraisers. Lars also auctions out access to the boat's speakers for any guests that want to play their own music at TL 20 per 30 minutes, which is just another means of collecting more donations for charities. To find out more and reserve your spot, check out the Facebook event page for "The Last Boat Party Fundraiser" coming up on Sept. 14.