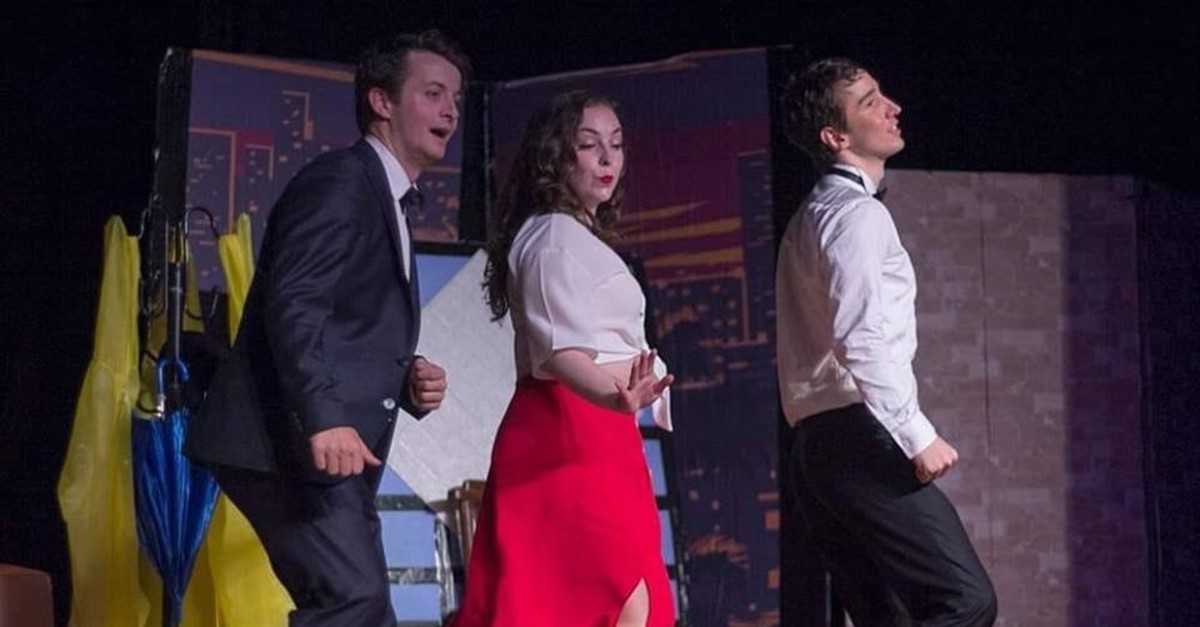 Next week will see the launch of an original play in English, titled ‘The Exhibition,' which was written and devised by a group of performing artists that hail from all over the world and also happen to be expats living in Istanbul

"The Exhibition," which is a brand-new theatrical play and performance that will premiere next week, is the culmination of a huge amount of creativity, imagination and effort to bring the concept of "community" to a different sort of stage. Set in Paris in the spring of 1874, this play looks a time in history when the Impressionist school of painters is about to begin a journey that will lead to a total reorientation of the art world and the way we see everything around us. This group of painters, whose artwork was shunned by the greatest exhibition house of the era, the Salon des Beaux Arts, for not conforming to its rigid and antiquated standards, will come together to function as an active community in a café in Paris, eventually leading to the independent exhibitions that allowed their artwork to shine.

Written, developed and acted by Kenny Laurie, Tyler Denison, Luke Webb, Michelle Rinehart, Zack McMackin, Chris Wall and Peter Klempner, each actor will be taking on a different impressionist painter, namely Manet, Monet, Degas, Renoir, Cezanne and Pissarro, coupled by a bartender. The setting is the famous Café Geurbois, where these painters used to gather regularly, and takes place on the evening prior to their first-ever joint exhibition, which at the time was unheard of and even illegal. But the night before their first exhibition and the biggest event of their lives, trouble arises that may kill off one of art's greatest movements before it has even started. 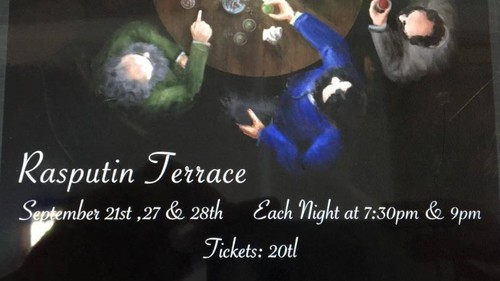 Showings of "The Exhibition" will take place at Rasputin Terrace on Sept. 21, 27 and 28.

Showings of "The Exhibition" will take place at Rasputin Terrace starting on Saturday, Sept. 21 with two performances taking place at 7:30 p.m. and 9 p.m. "The Exhibition" will then continue to show on the following Saturday, Sept. 27. at 7:30 p.m. and at 9 p.m. and on Sunday, Sept. 28 at 7:30 p.m. and at 8:30 p.m. Reminiscent of the era when the Café Geurbois flourished and these famous painters would work their way into history, this play will take place around a table in the center of the venue with guests being able to witness the performance from different angles and perspectives. At times interactive and performed entirely in English, "The Exhibition" is anticipated to bring new life and form to theatrical performance and to emphasize the importance of community.

Interestingly, it is the active theatrical, performing arts, improv and comedy scene among the expat community in Istanbul that brought together these seven actors who have created the combined effort that is "The Exhibition." I had the opportunity to catch up with Kenny Laurie, a British expat, who devised and is directing the play and is someone who found his grounding in theater through the performing arts community in Istanbul. Having started off by taking on roles in English-language plays in Istanbul, over the years, Kenny has gone on to star in four shows and direct four other plays with the Speech Bubbles Performing Arts theater group.

For Kenny, "community" is a concept he advocates strongly, and he wanted this idea to be the highlight of "The Exhibition." After all, the actors taking part are also in some way connected through the active performing scene in Istanbul. Some are improv artists from the improv troupe The Clap, some do stand up and participate in the Take Me up the Bosphorus and Standup Turkey stand-up comedy nights, and many have met through the popular English-language Spoken Word Istanbul open mic nights.

"The artistic community here is really good, and there is lots of talent," said Kenny, adding that what is so wonderful about the performing arts communities that have blossomed in Istanbul among expats is that participation is free. In most other scenarios, aspiring actors and comedians must pursue classes and formal training to progress, but here in Istanbul anyone can volunteer and contribute to most of these organizations in any capacity and at any skill level, and have the opportunity to experience the stage and limelight while they learn from more experienced, seasoned performers.

"Istanbul is also a great location for performing arts because you can break new ground and be unique here," said Kenny, emphasizing that what it taught him is: "If you want to do something then just do it and if there isn't the forum for it, then create it." As for "The Exhibition," Kenny said he has "had the best time in the world" in doing this and that "it has been an unbelievably enriching experience," but most importantly for him, "it created the understanding of going from inspiration to fruition." Everyone has a million ideas but they don't know how to make them happen, said Kenny, pointing out that here in Istanbul there is a supportive and embracing community of both expats and locals alike, who are open to discovering new forms of art.

Tickets for "The Exhibition" are TL 20 and will be available at the door. It is highly recommended that you reserve a spot prior as it will be "first-come, first serve" and priority will be given to ticket holders. The performance will be taking place at Rasputin, a terrace café in Taksim, and space is limited to approximately 50 people as it is not your usual stage setting.