Race for Life: Cycling, running for a good cause 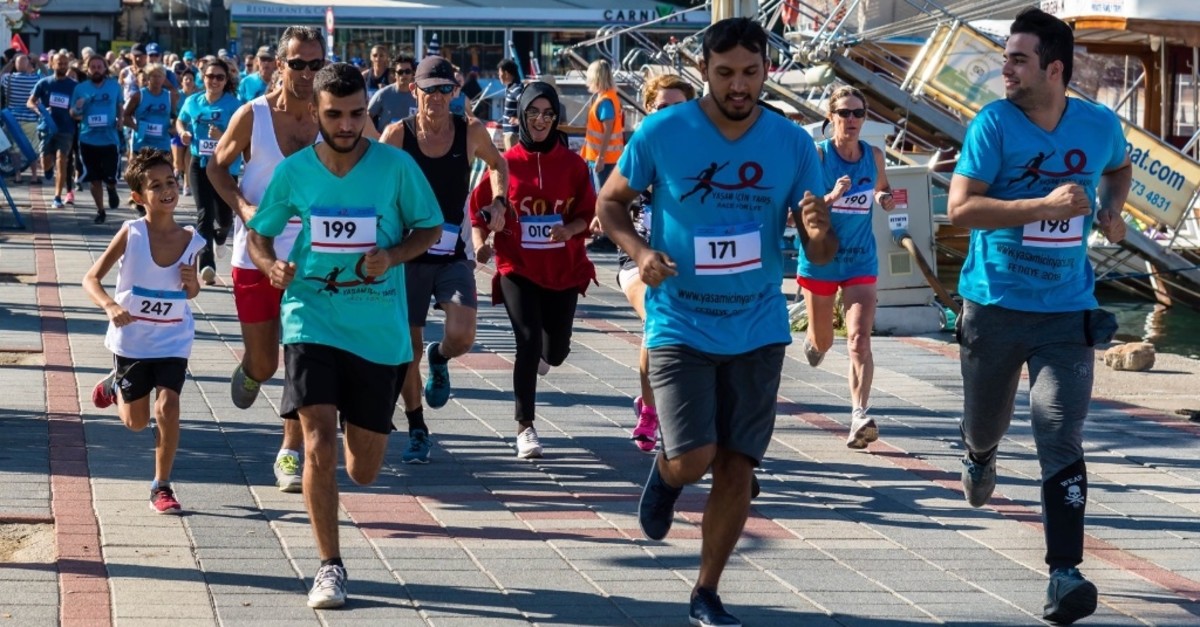 Initiated by British expat Lyn Ward who is currently living in Fethiye, Muu011fla, the Race For Life fun-run and biking course raises money for cancer research.
by Leyla Yvonne Ergil Oct 11, 2019 12:24 am

The Race for Life 5K charity run will be coming to Fethiye on Sunday, Oct. 27. It is organized in part by Fethiye Times author and British expat Lyn Ward and a team of locals and expats

Definitely one of the most active members of the expat community in Turkey, Lyn Ward is the author of the ever-so-helpful Fethiye Times and is also gearing up to host the Yaşam İçin Yarış, Turkey's leg of the Race for Life, a fun-run and biking course that benefits cancer research, that will take place on Sunday, Oct. 27 in her beloved adopted hometown of Fethiye.

Lyn Ward, a British native, who has been living in and serving as an active member of the expat and local community alike for nearly 10 years now, is best known for her entertaining and enlightening online travel and leisure magazine Fethiye Times, a digital newspaper for the Fethiye region. She publishes articles online in English five days a week on topics such as regional and community news and events and offers a guide for places to visit both locally and around Turkey. 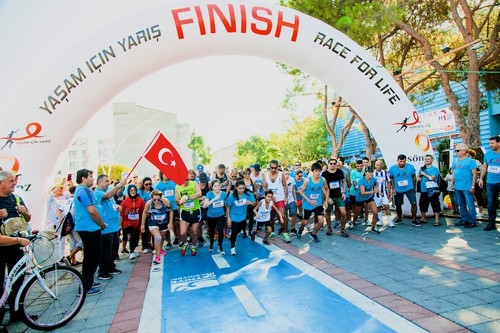 Definitely one of the most active local news sources in English and otherwise, Fethiye Times has been around for 15 years now and also operates a "What's On Fethiye" events calendar, which informs anyone either living in or planning on visit Fethiye of ongoing events and activities. The Fethiye Times is not only an indispensable resource and good read, but Lyn has also been able to inform and update her readers of the upcoming Yaşam İçin Yarış (Race For Life Turkey), which is a 5-kilometer charity run coming up on Sunday. Oct. 27 in Fethiye, in which proceeds go to benefit cancer research.

Race for Life Turkey is a "fun run" of sorts in which participants can "Run it, Walk it and Beat it" as the event's slogan goes and is a 5K run or walk open to everyone. Going into its fifth year in Fethiye, the race was initially founded by expats Chris and George Rimmer in 2014 based on the U.K. model of "Race for Life" fundraising events organized by the charity Cancer Research U.K. that involves running, jogging or walking a 5-kilometer course to raise funds for cancer research. Race for Life Turkey, however, specifically raises money to help buy equipment for the Oncology Department at Fethiye Devlet Hospital and to help cancer sufferers in Fethiye and the local area receive life-saving treatment. Speaking with Lyn Ward, who just happens to be the co-chair of the event, along with Şemsi Toprak, who is on the board of Fethiye Tourism Promotion Cultural Environment and Education Foundation (FETAV), who is the governing body, she explained that thus far, the event has paid for an endoscope, bronchoscope and new chairs for patients undergoing chemotherapy at the state hospital, and they are also currently supporting a number of cancer sufferers with the costs of traveling for treatment and other cancer-related conditions.

"We have a great team of people who work very hard to ensure the event is a success. Last year's event was the biggest yet and raised TL 125,000. This year we are looking forward to beating that amount," Lyn said adding that while there were 354 participants in last year's race, this year, they are expecting to reach 500 entrants, who will be joined by family and friends who come along to support them.

This year they will also be trialing a cycle race, which will take place on a 20K course around the peninsula. While the event is best described as a "fun run," Lyn tells me that there are people of all ages and ability that take part, including wheelchair-users, while others train for the race and aim to better their times from previous years. The Yaşam İçin Yarış 5K starts at 10 a.m. at Fethiye Culture Center, while the cycle race commences at 9 a.m. and will be followed by an awards ceremony that will take place at noon. Entrance is TL 25 per person and T-shirts also cost TL 25. While registration is not available online, there are a variety of registration points in Fethiye, and participants can purchase tickets on the day of the race. Check out Yasamicinyaris.org for more info and Fethiyetimes.com for news of the event and on goings in Fethiye.

Meanwhile, a number of members of the expat and local community in Fethiye have come together over the past weeks to hold a variety of fundraising events, including an evening at the Glamour cabaret theater in Fethiye and coffee mornings and garden parties. Earlier this year, there was also the sponsored "3 Minis Go To Turkey" drive, and 72-year-old expat Peter Simpson just spent the past month cycling unsupported from his hometown in West Lancashire, U.K. to his adopted hometown of Yeşilüzümlü, Fethiye. He was scheduled to arrive yesterday, concluding 37 days of bicycling, Lyn tells me as she was gearing up with members of the expat community to greet him with great fanfare. She also added that these efforts alone have resulted in raising approximately TL 80,000 for their cause even before the race has even begun!