Spooky season: Celebrating Halloween and Day of the Dead 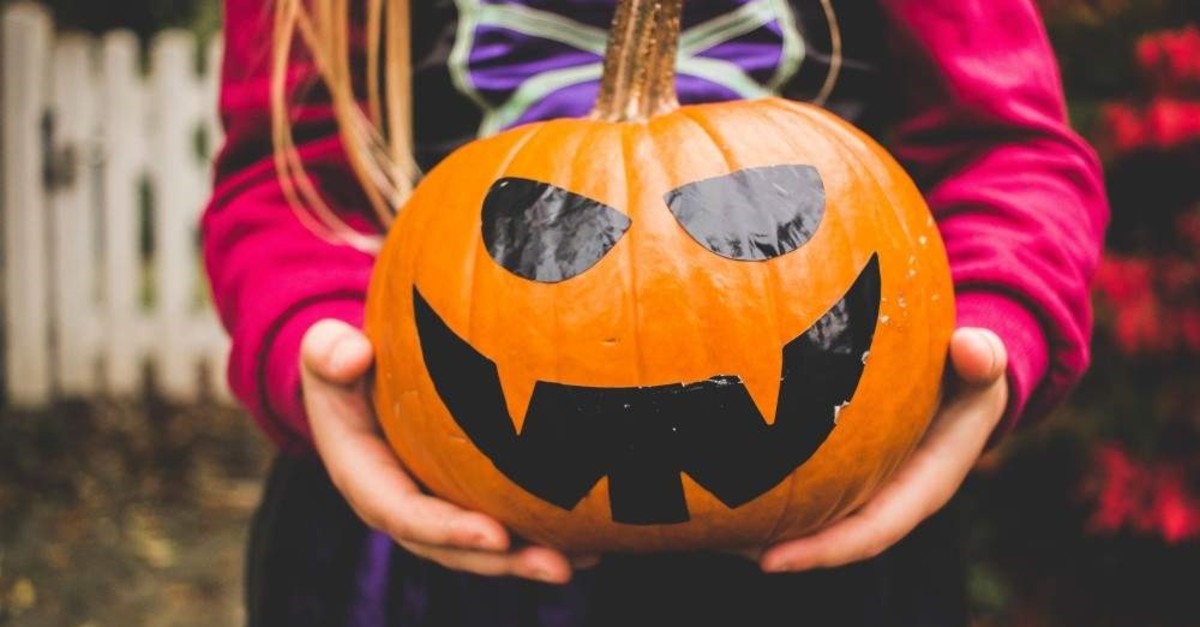 It's that time of year to get in costume and celebrate some of the world's most creative and colorful holidays, Halloween and Day of the Dead in Istanbul

Coming up this weekend are two very special holidays in the U.S. and south of the border in Mexico that are celebrated with parties and some quirky traditions in honor of the afterlife. While “trick-or-treating,” the tradition of children dressing up for Halloween and going door-to-door has not yet become regular practice here in Turkey, what has is blow-out themed costume parties, which will be held throughout Istanbul and in İzmir, Muğla and Ankara this weekend.
Keep in mind that with Halloween officially falling on Oct. 31, which is a Thursday, this year many of the Halloween events will actually be taking place on Friday, Nov. 1, while celebrations for the traditional Mexican holiday celebrating the dead referred to as Day of the Dead (Dia de los Muertos), which is Nov.2, will also be scattered throughout the weekend.
Nonetheless, this will be a fun time to be in Istanbul and to celebrate these beloved international holidays and, of course, to dress up in costume. While there will be dozens of parties held throughout Istanbul and beyond, the following is a curated list of what’s going on for these holidays amongst the expat community in Istanbul.
Yabangee does Day of the Dead
Yabangee, the volunteer website and community geared towards foreigners in Istanbul, will be teaming up with the most spectacular Mexican restaurant in the city Los Altos to celebrate the traditional Mexican holiday Day of the Dead. Not only does this restaurant serve up delicious food and will have a specially catered menu for the night, but Los Altos also hosts a number of themed parties and is located in one of İstiklal Avenue’s terrace venues with stunning views of this historical peninsula. Held on Friday, Nov. 1, the party will get started at 11 p.m. and early bird tickets are available for TL 30. For those wanting to feast on authentic Mexican food, the fixed menu will include chicken mole and beef tacos, enchiladas and tenderloin strips and vegetarian options as well as the traditional orange bread Pan de Muertos. Dinner will be served from 7 p.m. to 10:30 p.m. and costs TL 160 per person and grants free entrance to the party to follow.
Halloween at James Joyce Irish Pub
Located in the heart of Beyoğlu on Balo Sokak, James Joyce Irish Pub is a popular hangout for the expat community and regularly hosts trivia nights and live music performances. They will also be hosting a Halloween Party on Friday, Nov. 1 that will also have a costume contest, live music and DJs performing into the night. The party gets started at 8 p.m. and those who arrive in full costume will be granted free entry and a free drink!
Drag Me to Hell Costume Party
Known as the “Party Guru” the vivacious Senem Selimi is at it again as she will be throwing a blow out Halloween Party at the spectacular 360 Istanbul. Selimi, who is also the founder of the Istanbul Expats & Internationals Facebook group, is well-known for her party organization and this will be her third Halloween bash to date. Taking place on Friday, Nov. 1 and starting at 10:30 p.m., the “Drag Me To Hell Costume Party 3” will have Italian DJ Uğur spinning energetic beats and there will be a performance by saxophonist Sofia followed by a costume contest. The party will be held at the acclaimed 360 Istanbul, which has panoramic views overlooking the city and is housed in the historical Mısır Apt. on Istiklal Avenue. Entrance is TL 80 and includes a drink, however prior registration for the guest list is mandatory, and the contact details to do so can be found on the Facebook event page.
Pop-Up Dinners Istanbul’s Day of the Dead
The popular Pop-Up Dinners Istanbul’s themed gourmet dining events have become a meeting ground for expat foodies as they are run by a Singaporean-Dutch expat and former restaurateur by the name of Kay from her home in Cihangir and feature a variety of cuisines from all over the world. To celebrate the traditional Mexican holiday Day of the Dead, Kay will be serving a menu of Mexican flavors with a modern twist, such as a creamy walnut soup, salmon and ceviche, Mexican lasagna and cheesecake for dessert. Guests are encouraged to bring stories and a picture of their belated beloved to commemorate those lost in a celebration of life. The dinner will be held on Saturday, Nov. 2 and starts at 8:30 p.m., details can be found on the Pop-Up Dinners Istanbul Facebook page.
Events held on Halloween night
Other Halloween events being held in Istanbul this week include an Erasmus party at Beat on Thursday, Oct. 31. Suma Han in Karaköy, a happening spot that showcases well-known DJs, will be celebrating Halloween on both Wednesday, Oct. 30 and on Thursday, Oct. 31. Klein is another popular nightclub featuring DJ music located in Maslak that will be hosting a Halloween party on Oct. 31. The most upscale of Halloween events in Istanbul will be held at Sortie. IF Performance in Beşiktaş will be holding a Halloween Party on Thursday centered on the theme of Stephen King’s spooky character “IT” and for more low-key events, there will be a Halloween party at Sanat Performance in Nevizade and a Halloween-themed bar game night will be held at Arsen Lüpen in Taksim.
Last Update: Dec 20, 2019 1:17 am
RELATED TOPICS